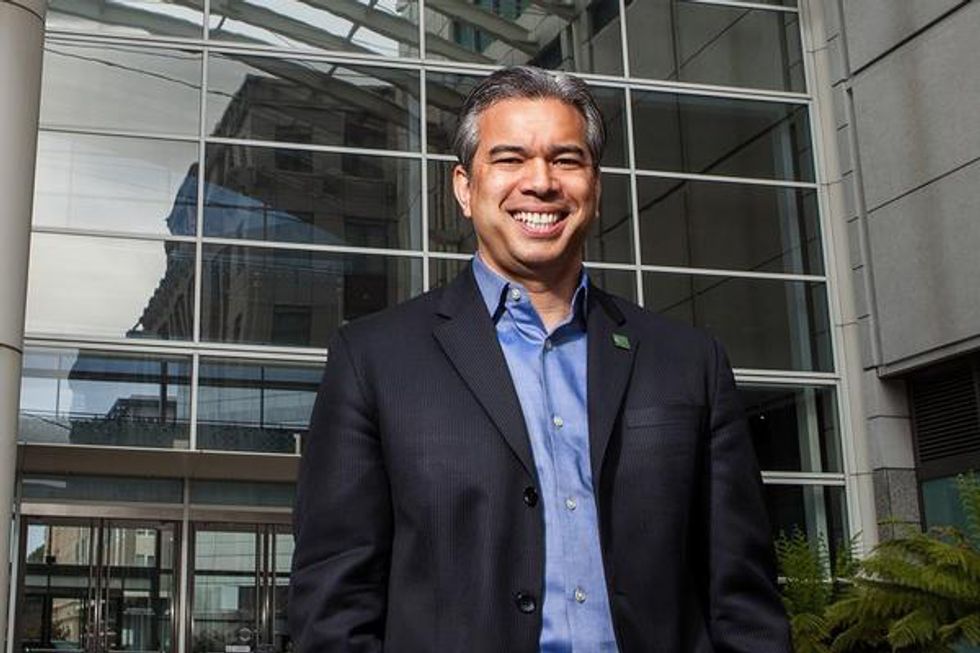 Lieutenant Governor Gavin Newsom may be nabbing headlines for his support of the growing cannabis legalization movement, but it's California assemblymember Rob Bonta's name that's on the tips of tongues in the state's marijuana industry.

Bonta is a politician who knows how to choose his battles and win them. The Oakland, Alameda, and San Leandro representative is California’s first-ever Filipino-American state legislator—in 2013, Bonta succeeded in passing legislation that officially gave Filipino-American Californians recognition for their contributions to the state's farm labor movement by requiring public schools to teach this as part of the curriculum. Now, two years later, Bonta has earned his stripes as a rising star policymaker with his landmark Medical Marijuana Regulation and Safety Act, which was signed into law by Jerry Brown this October and will take effect on Jan. 1, 2016.

Those unversed in the topic may be surprised to learn that, while California was the first state to allow medical marijuana all the way back in 1996, there has been little regulation for the industry until now. Bonta’s bill at last creates a safe, regulatory framework for what is already the largest legal cannabis market in the United States, estimated at $1.3 billion, according to the Oakland-based ArcView Group.

The new regulations call for 17 separate license categories, detailed labeling requirements, an intricate product-tracking system, and compliance from the state's 1,250-or-so dispensaries, whose staffers will now be subject to criminal background checks and job training for state-issued licenses. According to the LA Times, the new laws designate marijuana as a true agricultural product, subject to the same regulations for insecticide and water use as any other crop.

“Healthcare is a very important topic to me,” says Bonta, adding, “it has to be a right for everyone. This new bill will allow people, wealthy and low income, access to high quality, highly controlled, and regulated medical marijuana. We have seen too many people affected by bad quality medications, this is not going to happen anymore,” he says.

What is a giant step for California’s budding cannabis sector—according to journalist and author David Downs, the new regulations will “super-charge investment, innovation and patient services”—is also a meaningful stepping stone in the political career of Bonta, a native Californian with a true bootstrapper’s tale.

Bonta, who grew up in a trailer at the United Farm Workers headquarters in La Paz, CA, attended Yale Law School as well as Oxford University, paying for his tuition by cleaning laundry rooms. He pursued law based on the firm belief that the law is the most powerful way to positively impact people’s lives. “The Medical Marijuana Regulation and Safety Act was just the beginning,” says Bonta, who lives in Alameda. “I commit to working with state agencies, local governments, and businesses across the state to make this new system a success.” And the fight continues.  //  robbonta.com