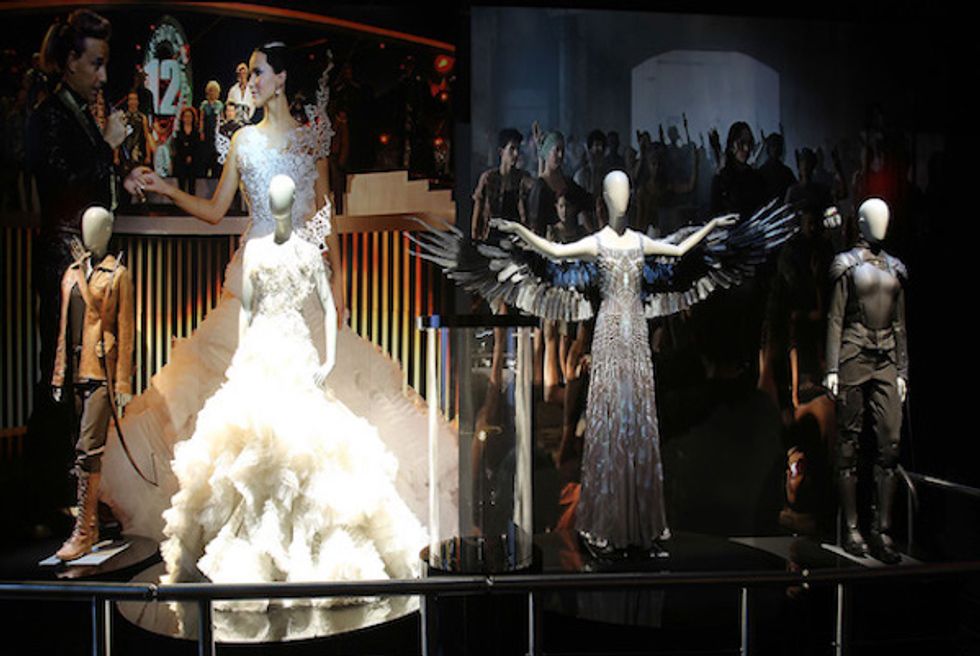 April 2016: All the Can't-Miss Parties, Concerts, Performances, Exhibits + More in the Bay Area

With so many excellent art exhibits, tasty foodie events, awesome concerts, and more, April is shaping up to be a very busy month. Here's your curated guide. Can you even handle it?

April 5th: Celebrating the Beats, Top of the Mark

The Mark Hopkins hotel has teamed up with the Beat Museum for the second annual Celebrating the Beats. On Tuesday nights in April, poets will perform alongside local jazz musicians. Sit back, enjoy a cocktail, and chill to the beats. // Tuesdays through April 26th at The Beat Museum, 999 California St. (Nob Hill) intercontinetalsanfrancisco.com

Through April 10, Portrait of a Lady with a Unicorn, Legion of Honor

In its American debut, Raphael's stunning and priceless painting Portrait of a Lady with a Unicorn—a loaner from the Galleria Borghese in Rome—is currently on view at the Legion of Honor. // Through April 10 at Legion of Honor, 100 34th St. (Sea Cliff), legionofhonor.famsf.org

Spend an evening learning about the rich history of the Tenderloin, from its rebuilding after the 1906 earthquake right up to present day. Included is an optional walking tour of the neighborhood, with facts provided by local historians and a performance by renowned magician Christian Cagigal. // April 16, 5-8pm, Tenderloin Museum, 398 Eddy St. (Tenderloin), atlasobscura.com

The first-ever museum exhibition dedicated to weed opens today at OMCA, taking a look at cannabis through a range of lenses, from political to creative to sacred. Visit on 4/20 and get in for just $4.20. // Through Sept. 25 at OCMA, 1000 Oak St. (Oakland), museumca.org

Women, the book of portraits first published in 1999, is one of Annie Leibowitz's most enduring works. Now, the iconic photographer has unveiled a series of fresh portraits in a new exhibition, which reflects the changing roles of women, at Crissy Field. Look for the faces of such local legends as Alice Waters and Sheryl Sandberg to global icons including Gloria Steinem, Caitlyn Jenner, and Ellen Degeneres. // Through April 17, 649 Old Mason St. (Presidio), ubs.com

April 17th: The History of Chia Seeds, The Mexican Museum

Learn about the rich history and biology of chia seeds, their deep connection to Mexican culture, and their significance to Mexican art. Forest health educator Janice Alexander will be giving a lecture on the scientific approach to understanding chia, and guests will be invited to explore terracotta chia art. // April 17, 1-3pm atThe Mexican Museum, 2 Marina Blvd. (Marina), mexicanmuseum.org

Check out up-and-coming artists at the art fair that attracts some of the most innovative creatives working in the Bay Area now. See something you like? The artists get to keep 100 percent of the proceeds on your purchase. // Through May 1, 3100 Webster St. (Cow Hollow), startupartfair.com

The legacy of fashion titan Oscar de la Renta lives on in this new exhibition at the de Young. See how de la Renta subverted his family's expectations of joining the insurance business to become the fashion legend whose ouevre spanned six decades and whose visionary designs graced some of the world's most iconic women. // Through May 20 at thede Young Musuem, 50 Hagiwara Tea Garden Dr. (Golden Gate Park), deyoung.famsf.org

Through July 31, The Hunger Games: The Exhibition, Palace of Fine Arts

Fans of Katniss Everdeen should make a date at the Palace of Fine Arts to peruse the films' original costumes and props, as well as interactive exhibits and a collection of incredible fan art. // Through July 31 at Palace of Fine Arts, 3301 Lyon St. (Presidio) thehungergamesexhibition.com

This exhibit dedicated to rock and roll promoter Bill Graham explore his humble beginnings as a German refugee and how he became one of music's most pivotal figures. // Through July 5 at Contemporary Jewish Museum, 736 Mission St. (SoMa), thecjm.org

Tony-nominated theater designer and puppet maker Julian Crouch and composer Saskia Lane are bringing Birdheart, a play about transformation, loneliness, and the urge to fly, to Z Space. "An intimate and stunning chamber piece of animated theatre created with a sheet of brown paper, found objects, shadows and a box of sand," it's safe to say you've never seen anything quite like this before. // Through April 17 at Z Space, 450 Florida St. (Mission), zspace.org

Three of the San Francisco Ballet's most celebrated dancers will soon be moving on from the company. Help send off Joan Boada, Pascal Molat, and Gennadi Nedvigin at a special performance of works specifically designed to showcase their talents. // April 17, 7pm, War Memorial Opera House, 301 Van Ness (Civic Center), sfballet.org

Through May 31st: Uninhibited: About Sex, JCCSF

The Jewish Community Center of SF is peeping under the covers in its ongoing series on sex, with various lectures and performances that traverse such carnal train as true sexual adventures and clinical research on the female orgasm. // Through May 31 at JCCSF, 3200 California St. (Presidio Heights), jccsf.org

Green-themed films, a nature hike screening at Land's End, restorative yoga, and an outdoor street fair in the Mission make up the festivities for this year's Earth Day Film Festival. Catch opening or closing night at SoMa's Merchants of Reality. // Through April 24, earthdayfilmfestival.com

Hawaiian shirt lovers can come together in solidarity on this day at the launch of Patagonia's new book, The Aloha Shirt: Spirit of the Islands, by author Dale Hope and with an introduction from surfing legend Gerry Lopez. // April 22 at Patagonia, 770 North Point St. (Fisherman's Wharf), thealohashirt.com

Vino isn't the only reason to visit Francis Ford Coppola Winery: Two pools, open for the season as of April 1st, bring the resort vibe to Wine Country with private cabins available by reservation and a cafe for all your dining and imbibing needs. Weekends through October are already sold out, so plan for a weekday escape. Go on, bask in the Alexander Valley sunshine. // Francis Ford Coppola Winery, 300 Via Archimedes (Geyserville), francisfordcoppolawinery.com

The Presidio Picnic at the is back, so pack your blankets and bring your friends and fam to taste global street food offerings with the best views around. // Sundays through October 9, 11am to 4pm (Presidio), offthegridsf.com

This tax season, Le P'tit Laurent will be offering a $20.16 two-course, prix-fixe menu. Wines and signature cocktails are not included—but for that price, we can afford an extra glass. // Sundays-Thursdays, through April 21, Le P'tit Laurent, 699 Chenery St. (Glen Park), leptitlaurent.net

Make running fun at the Transamerica Rock 'n' Roll Half Marathon, where cheering teams line the route and a concert series includes headliner MS MR, all to benefit St. Jude's Children's Research Hospital. // April 3rd, 6:30am to 10am (SF), runrocknroll.com

It's baseball season, people, and the Giants are up to bat against the team that shall not be named. Do you have tickets? // April 7-10, AT&T Park, 24 Willie Mays Plaza (Mission Bay), sanfrancisco.giants.com

By far one of the best museum fetes each year, Party After Dark is a guaranteed good time with DJ beats, photo booths, free food and open bars, a silent disco, awesome food trucks, and much more. // April 28, 2016 8:30pm to midnight at California Academy of Sciences, 55 Music Concourse Dr. (Golden Gate Park), calacademy.org

(Thao Ngyuen; courtesy of Thao & The Get Down Stay Down)

April 30th: Thao & The Get Down Stay Down, The Fillmore