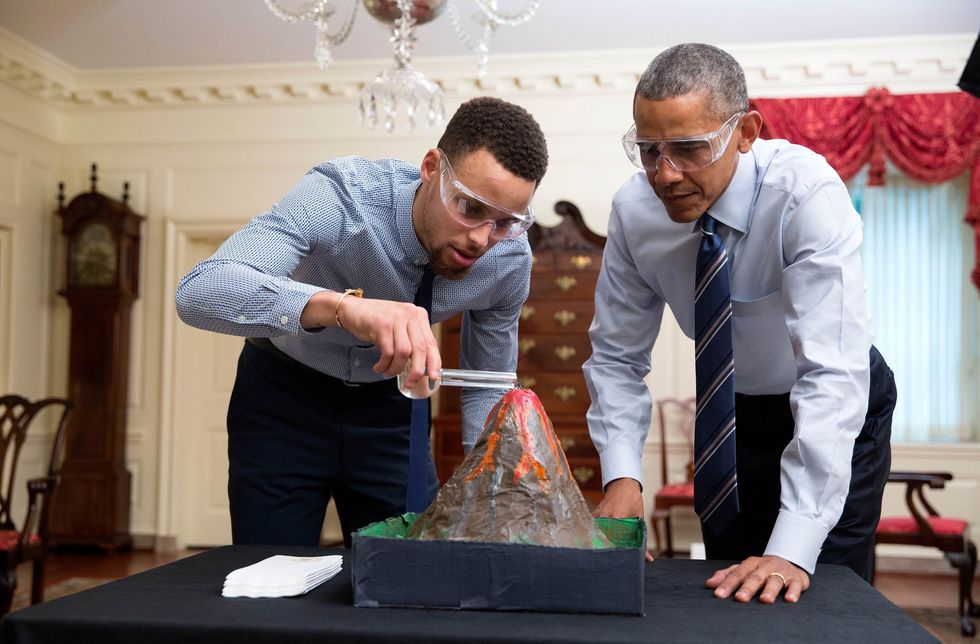 Harriet Tubman will be the first woman and the first African American to be on United States currency, plus more awesome things that happened this week.

Credit Steph Curry with an assist in President Barack Obama's call to mentor young people. The President and the Golden State Warriors point guard appeared alongside each other in a public service announcement released Saturday that highlights the importance of mentoring a young person. Read more.

Treasury Secretary Jacob J. Lew on Wednesday announced the most sweeping and historically symbolic makeover of American currency in a century, proposing to replace the slaveholding Andrew Jackson on the $20 bill with Harriet Tubman, the former slave and abolitionist, and to add women and civil rights leaders to the $5 and $10 notes. Read more.

Marley Natural cannabis products, made from organic Humboldt County crops, have launched in Bay Area dispensaries. Four strains of cannabis and four types of cannabis oils are now available for purchase to patients at Harborside Health Center in Oakland, CBCB in Berkeley and SPARC in San Francisco.Read more.

The T-shirt That Can Speak In Any Language, CNN

Call it the ultimate fashion statement -- a shirt that can do the talking when no one understands a word you're saying. This genius item of clothing is printed with nearly 40 icons that travelers can use to try to get their message across if they don't know the language. Read more.

Hamilton, Lin-Manuel Miranda's Broadway musical phenomenon that tells the story of “ten-dollar Founding Father without a father" Alexander Hamilton, was named winner of the 2016 Pulitzer Prize in Drama. Read more.