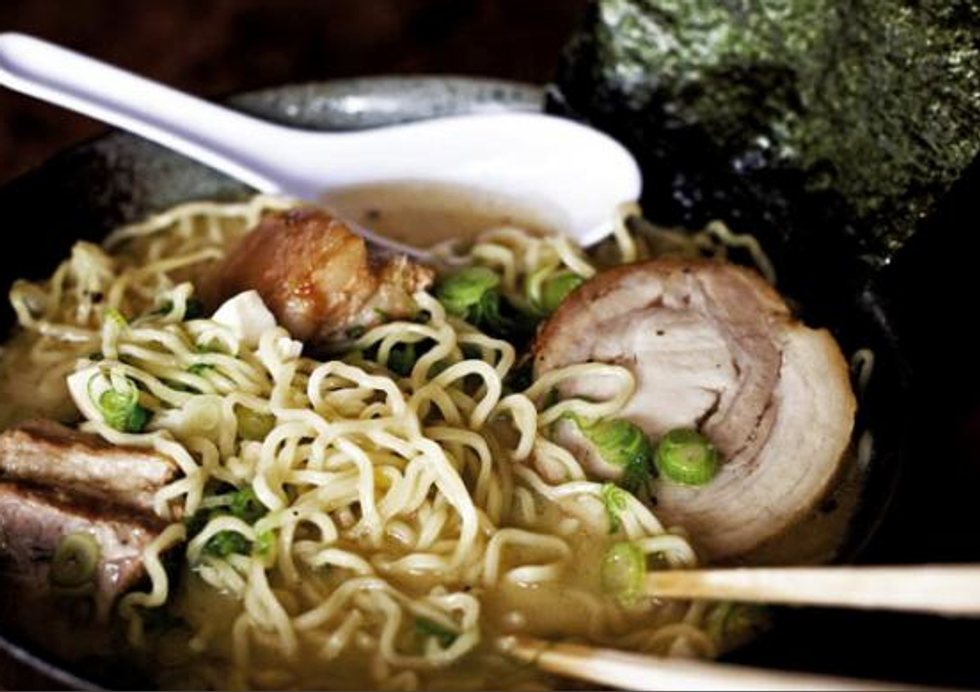 I ate and drank a lot in 2010. In no particular order, I present to you some of the corners of my mind. Take it away Barbara.

I lamented Paolo Lucchesi's departurefrom Eater to the Chronicle's new Inside Scoop blog; realized that some good restaurants will never be part of the popular crowd; pondered the ultimate places to have a party; was forced at gunpoint to write a story on Fisherman's Wharf (but after Buena Vista Irish Coffee mid-morning on a work day actually had a good time); watched the wildflowers emerge from the recession-ravaged forest floor of restaurants (yes those were essentially, and unfortunately, my words); suggested seven restaurants and bars, in close proximity, for a drink and dinner (not suggested: Coi and Showgirls); interviewed the guy who won 7x7's "Big Eat 2010" scavenger hunt in record amount of time and accused him of cheating; attempted to execute my brilliant idea to get a "flashmob" wherein diners all over town would take a picture of their dinner on Friday night at 8 pm and post it on 7x7's Flickr page (the results were not so brilliant); went to LA, had a burger at Umami Burger and wished that they'd open here (eight months later, it was announced that my dream is coming true); got the scoop on what we now know will become Locanda, Delfina's fourth restaurant (possibly my only restaurant news scoop ever in history of 7x7); made another plea for Drewe's butcher shop after Whole Foods moved into Noe Valley; launched the first ever Big Sweet; watched Tyler Florence get mobbed by a pack of blonde women at the Pebble Beach Food & Wine festival; suggested that we all eat po'boys to support Dine Out for the Gulf Coast after the oil spill; pondered the punker than punk success of Humphrey Slocombe (is vanilla the next deviant flavor?); interviewed Richie Nakano of Hapa Ramen about his quest for ramen enlightenment; wondered if this city, in its quest for "authentic," prefers a California-ized version of Italian to this kind of traditional one; got fed up with the number of food bloggers out there regurgitating the same information; but then kept writing food blogs that probably regurgitate just as much (hey, ever heard of Pizzeria Delfina?); ate a lot of perfect peaches but fell in love with one; watched Mission Street change a lot; interviewed Thad Vogler of Bar Agricole and posed the mustache question; elected boys-to-men Anthony Strong and Chris Kronner as the ones to watch (a.k.a. our "Hot 20 Under 40" chefs of 2010); went to NYC and ate a lot, including a great dinner at Northern Spy Food Co. run by the former chef-owner of A16, Christophe Hille (i.e. the original Nate Appleman), who is going to be at A16 in a couple weeks doing some guest chef dinners which I'm excited about; thought seriously about taking up smoking pot in lieu of drinking wine after getting a tour of Sparc; thought very seriously about killing somesnotty bartenders; marveled at the rise and fall of Nate Appleman; hired a burrito judge; and finally, as I do every year, found some favorite new restaurants and rediscovered some old.