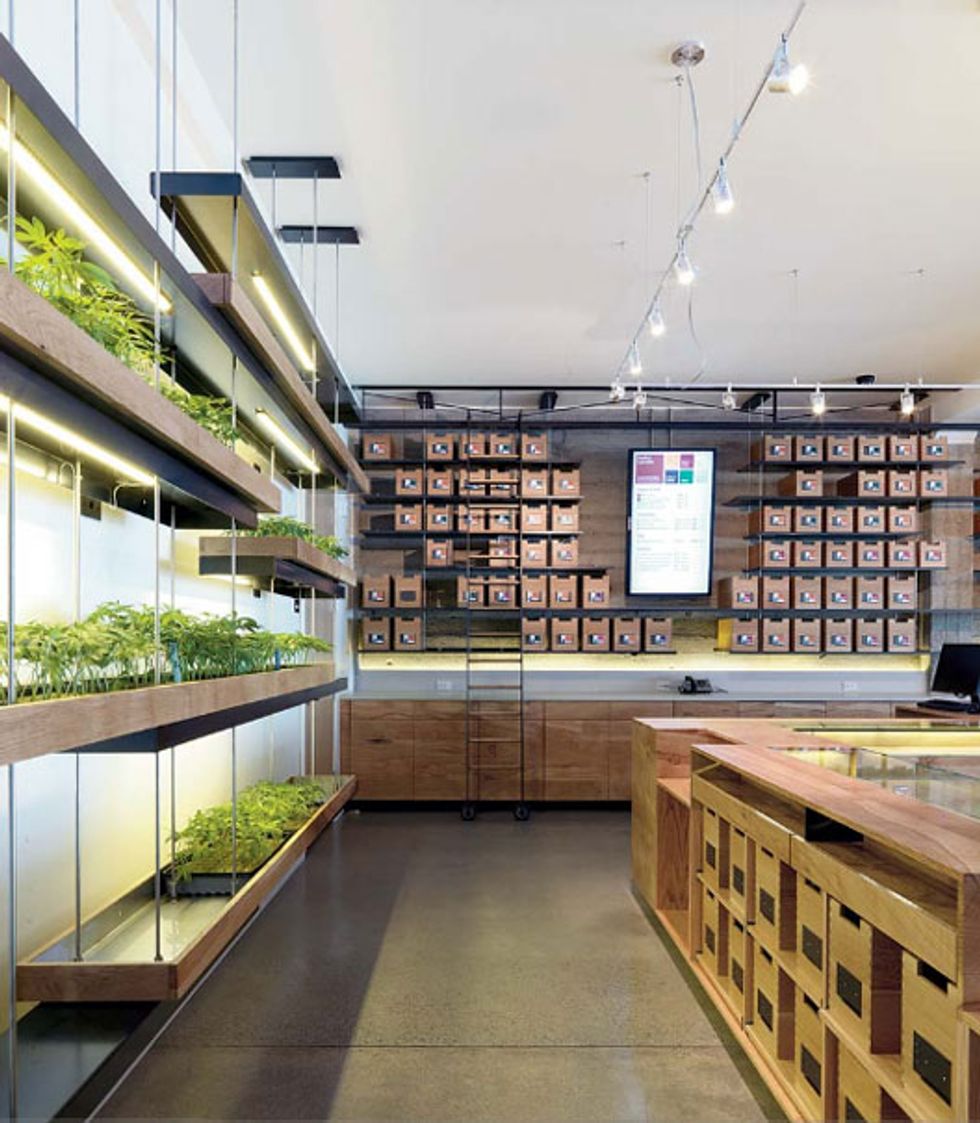 Looking forward to the Prop 19 vote in November, the New York Times Magazine profiled the new San Francisco Patient and Resource Center (SPARC) as the new face of pot clubs last Friday. The chic newcomer, which Curbed describes as "a swank boutique hotel meets a West Elm store," is a far cry from the shadowy sketchiness often associated with these types of joints (there are 24 licensed dispensaries in San Francisco). In fact, the windows of the new center are transparent, a feature that architects Sand Studios hope will "remove the stigma around cannabis and make people feel like marijuana is normal." The semi-transparent facade was inspired by Twin Peaks Tavern, the first gay bar in the nation to ditch blacked out windows in favor of clear. SPARC's transparent windows, along with their local oak tables and benches and apothecary-style boxes, are all in the name of bringing legitimacy to the pot scene.

We're doing a larger story on SPARC in our November issue, which hits newsstands October 23rd. Until then, let us know what you think of the new place in the comments.