Take a Walking Tour of the Mission's Vibrant Street Art 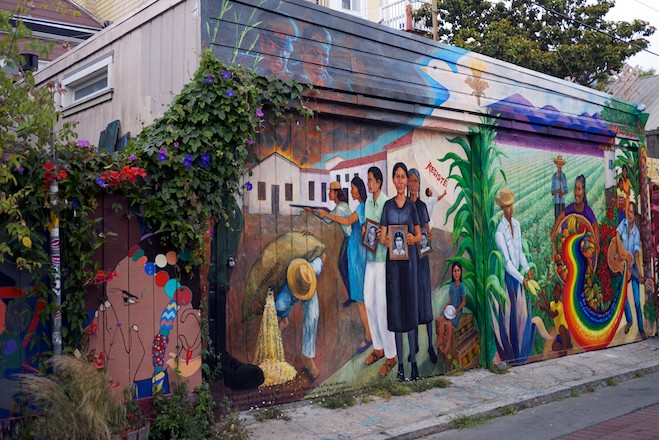 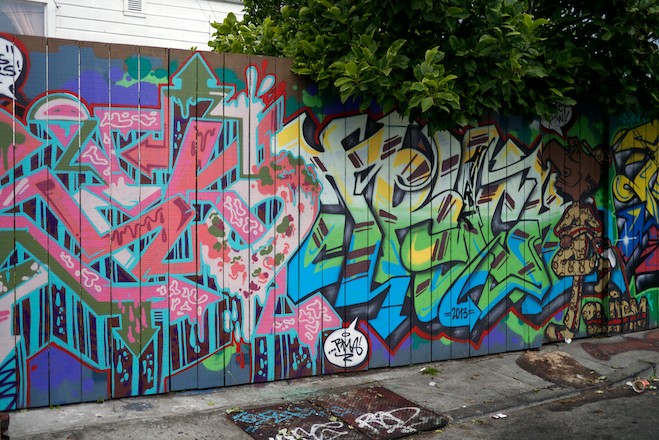 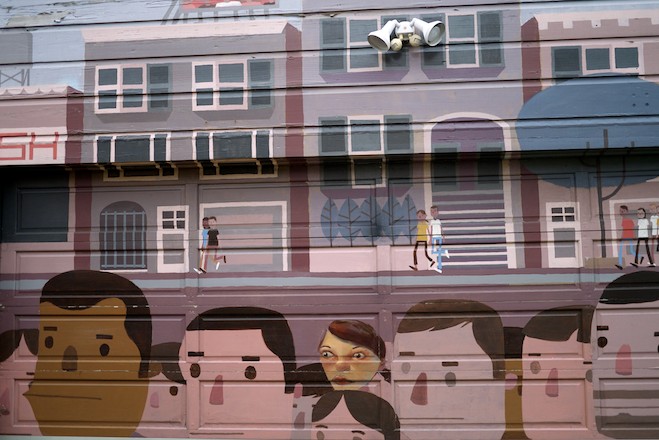 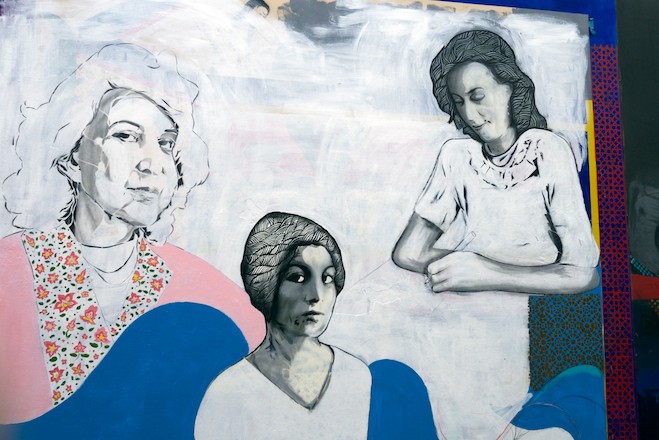 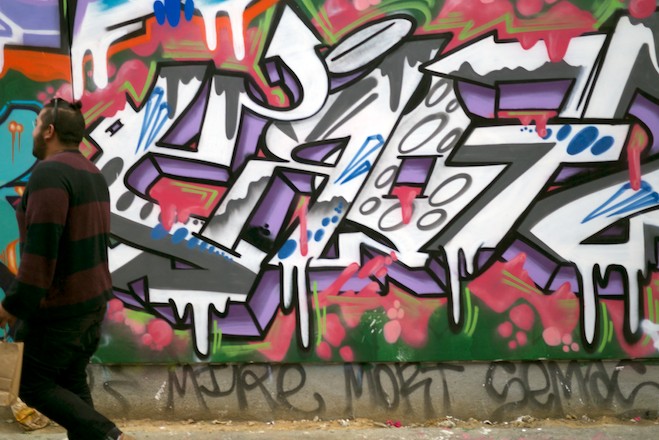 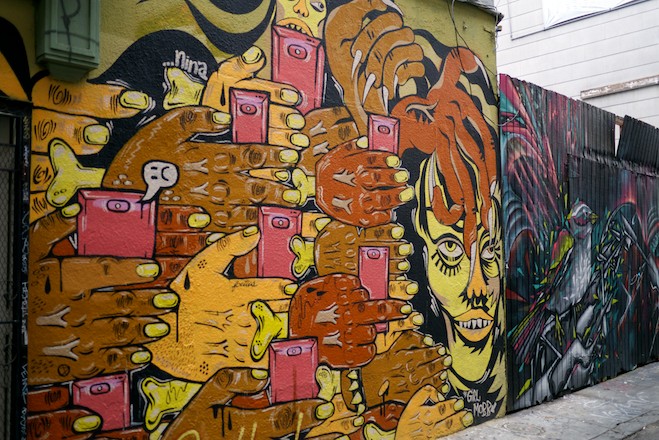 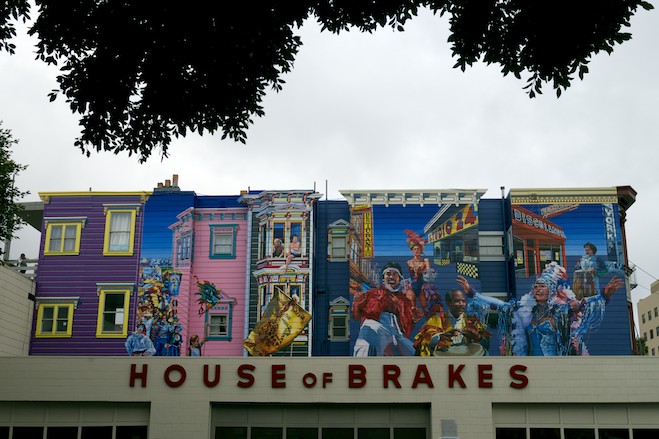 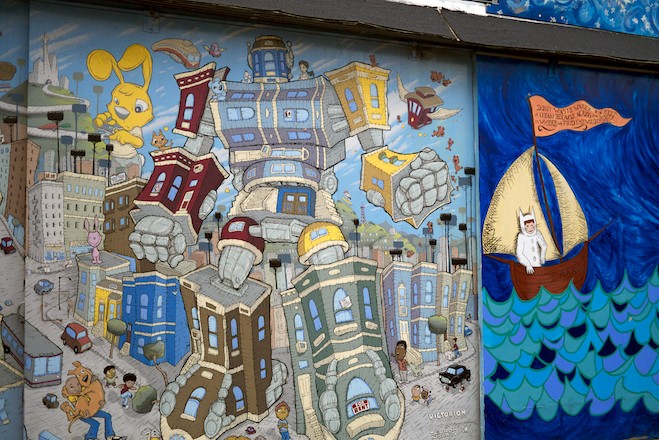 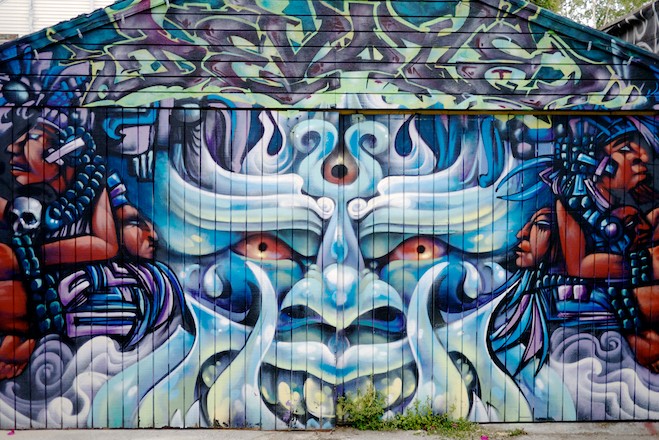 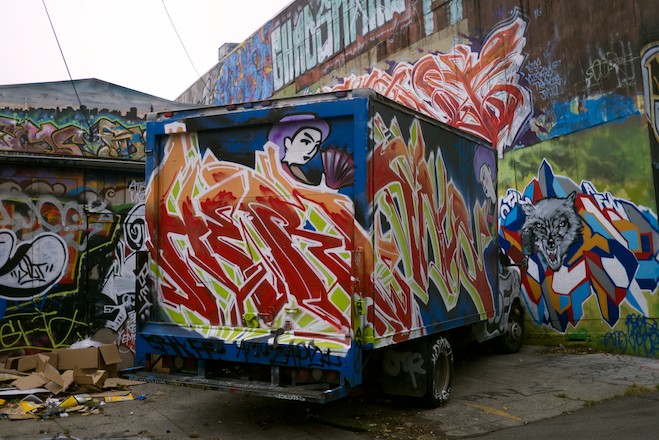 In the neighborhood with the highest concentration of street art in San Francisco, the Mission’s cultural heritage may be best viewed through the work of its artists. The alleys here are gateways to discovery, where guerrilla "galleries" weave a colorful tapestry of influences and creative expression.

To find the best murals, tags, and graffiti, hop off BART at 16th and Mission and walk north along Mission Street, where patches of murals wrap around alleyways and intersections. At 15th Street, make your way west to Caledonia Alley for a southward walk through bright swatches of graffiti by dozens of artists, including a black and white mural by Ian Ross, and a mosaic-like mural by Irvine artist Michael Kershnar.

Cut over to Valencia, and go one block south of 17th Street to Clarion Alley, home of the ever-changing Clarion Alley Mural Project, which marries strong visuals with powerful messages of social justice. "Tax the Rich" by Megan Wilson and a mural by Tanya Wischerath that honors trans women activists are just some of the works maintained by the volunteer collective that has facilitated work by dozens of muralists since 1992.

Head back to 16th and take the train to the 24th and Mission BART Stop. Walk east on 24th Street, a culturally rich corridor of murals woven around neighborhood storefronts, including a two-story-tall Mission heritage mural over The House of Brakes at South Van Ness. Originally painted in 1983 and restored in 2014, "Carnaval" pays tribute to the district's annual parade.

Once on Balmy Alley, three blocks east of Folsom, head south through murals that speak to the area’s Latino roots, including Mary Nash's "Las Milagrosas: Tribute to Women Artists"; Miranda Bergman and O'Brian Thiele's "The Culture Contains The Seed of Resistence"; and Jamie Morgan's "Tribute to Archbishop Oscar Romero." Then, cross the street and head west down Horace Alley, where you'll find the memorable Huckleberry Hound/Felix the Cat mashup by Peace and Eya.

Turn west at 26th Street and check out a few random murals as you pass South Van Ness. Your next stop is Cypress Alley. In the two blocks back to 24th, discover tags and graffiti by Musk, Nekst, MAGS, 7Seas, and countless more.

Two blocks west is Lilac Alley, a treasure chest with some of the best graffiti in the city, including the three-faced mural, "Fiery" by Hyde, Zore, Twick, and Dvote; a tribal warrior by Dregs, and Dvote's wonderous cloud spirit surrounded by Aztec warriors.

Back on 26th, walk one block west of Mission to Osage Alley, a two-block street art finale starting with Nolan Jones and Pablo A. Medina's giant "There Is So Much Love In This City." Conveniently find yourself back at the 24th and Mission BART stop.

Take a deeper dive into the history and symbolism of the Mission's murals with guided mural walks from Precita Eyes Muralists and find more info at streetartsf.com.