Upper Market's posh dispensary, The Apothecarium—once recognizable by the chic black awning and the line out the door—has moved down the street. On Tuesday morning, the team cut the ribbon on its swanky new digs (well located next door to Whole Foods) with a local political who's who in tow: Supervisor Scott Weiner, former Oakland mayor Jean Quan, and Castro Merchants director Daniel Bergerac were all in attendance. 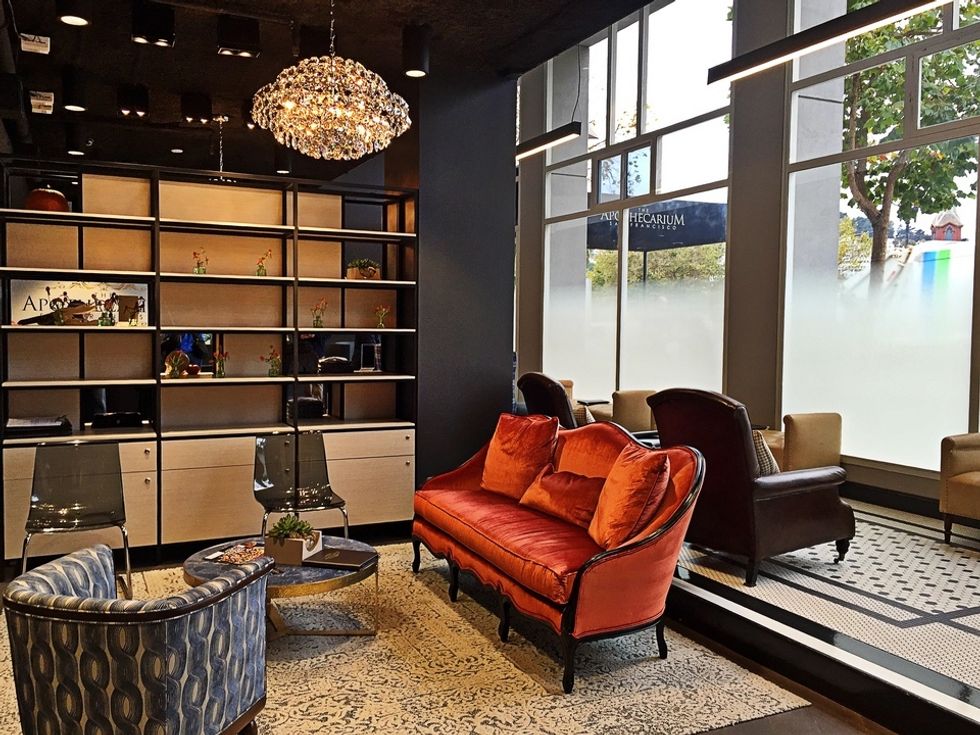 Once just a little gem of a dispensary, the Apothecarium is spreading its legs with comfy furnishings in a bigger, posher new space next door to Whole Foods on Market Street. (Photo: David Downs) 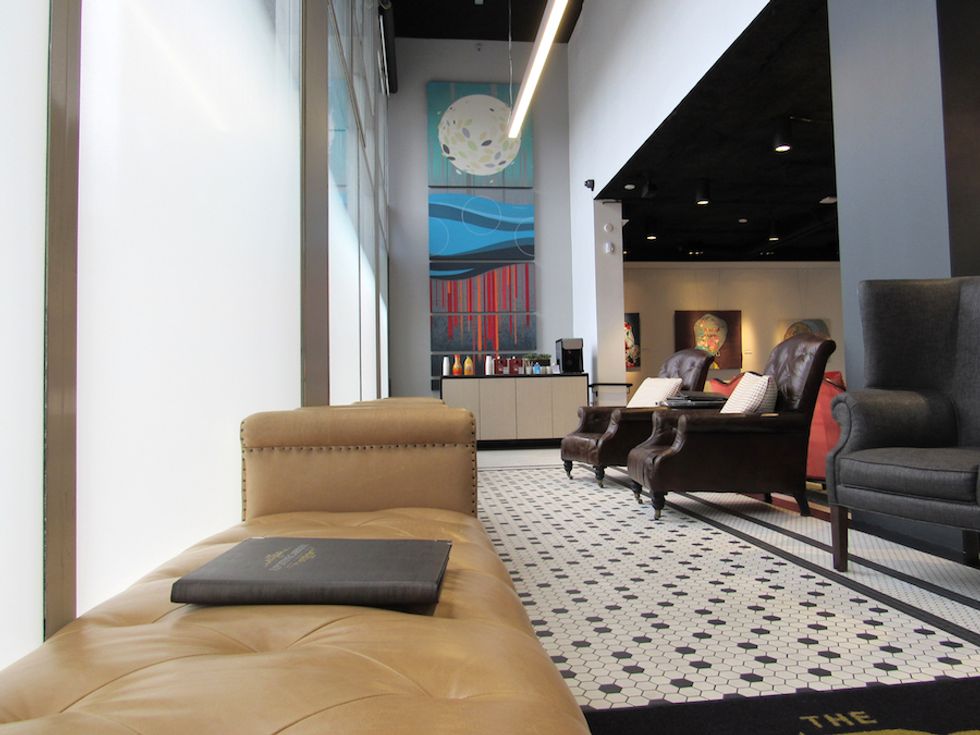 Please take a seat on one of the plush leather chairs and the budtenders will be right with you. (Photo: David Downs) 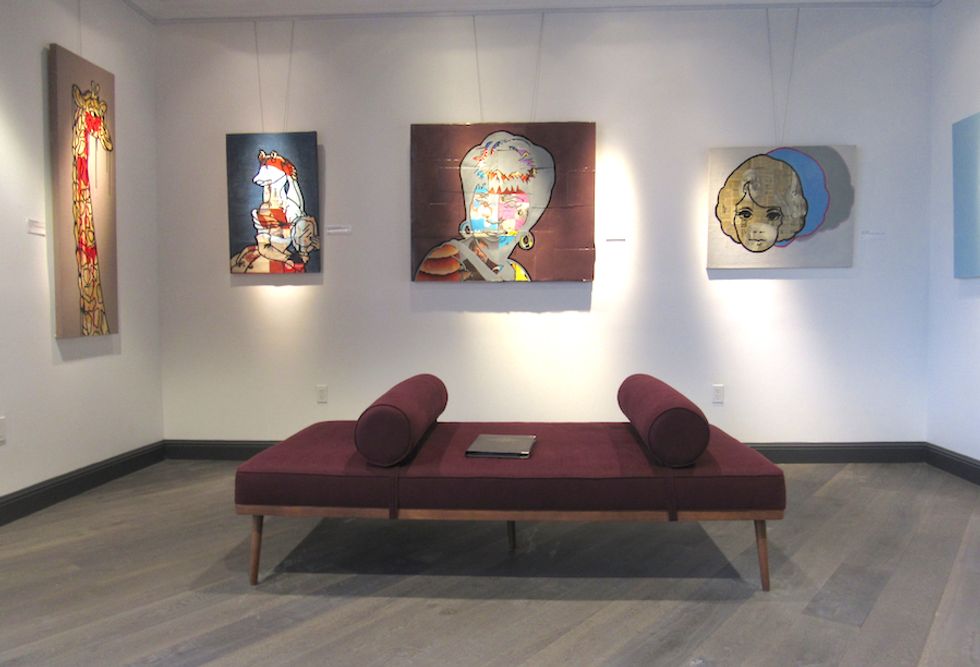 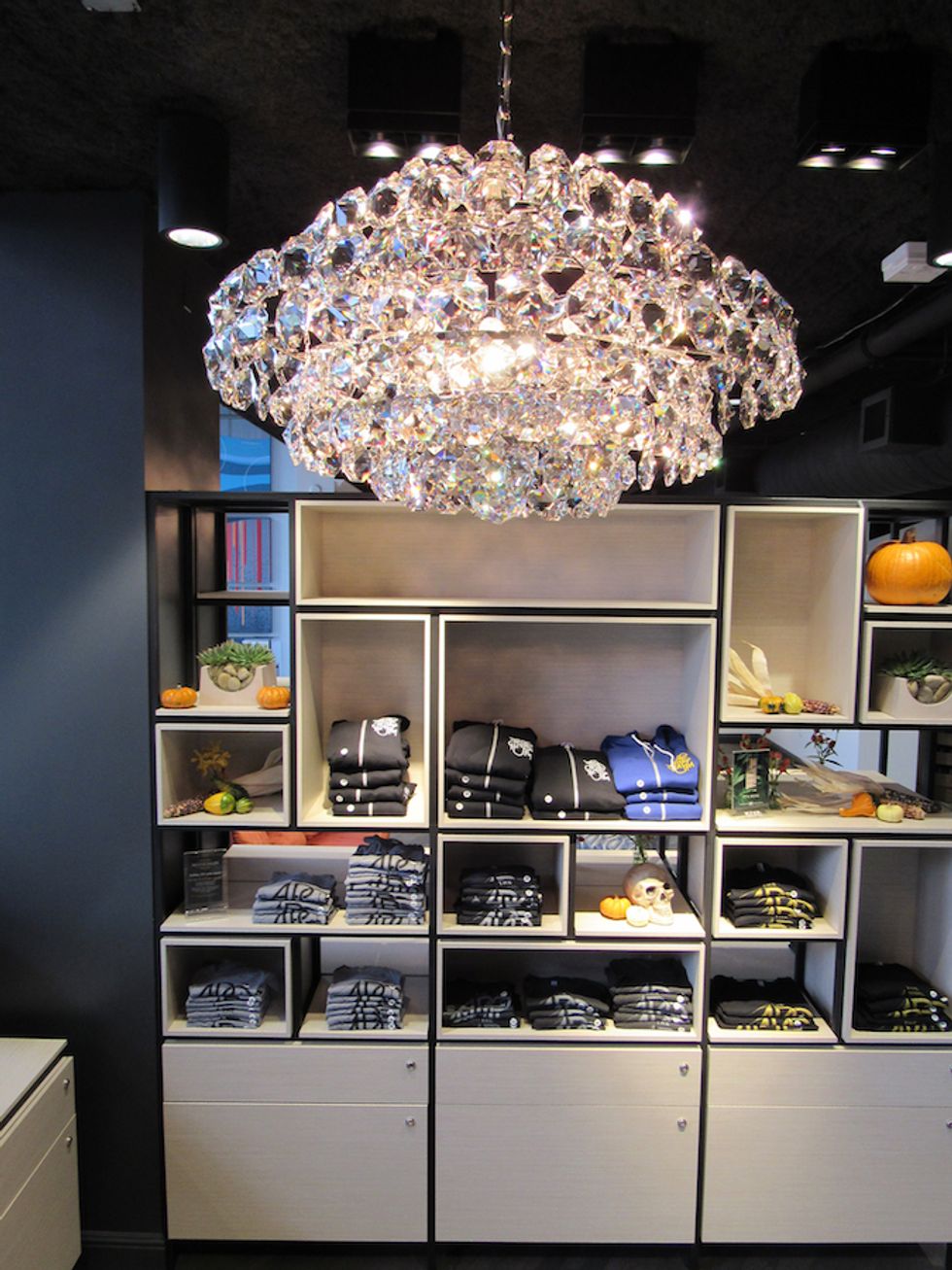 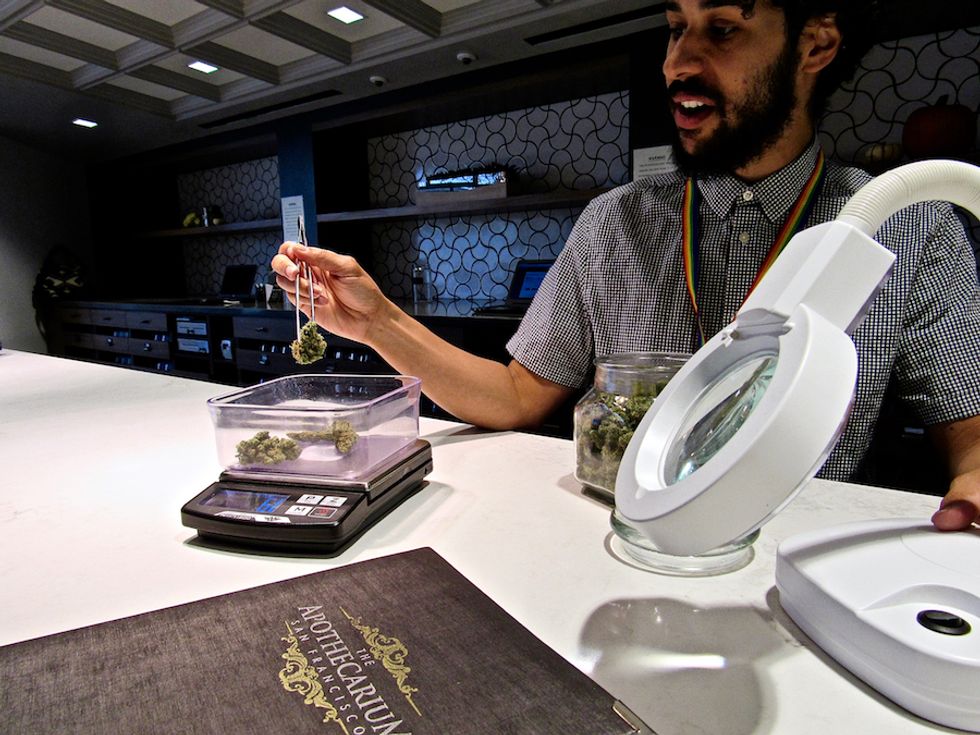 In an age when the humble dispensary of yore is joining the world of polished retail, the Apothecarium's new space is proof positive that the multimillion-dollar medical pot shop intends to be a tastemaker among the crowd. Having outgrown its five-year-old location a couple blocks up, the dispensary has doubled its size to about 5,000 square-feet. The new address has ample room for a plush and stylish waiting area, a new merchandise island, and even an art gallery, and the whole space gleams from slick details including white marble-tiled countertops and luminescent chandeliers.

"We wanted to create a place where first-time patients can feel comfortable. Oftentimes they're coming to us during one of the hardest times in their lives," said Ryan Hudson, the Apothecarium's cofounder, in short remarks Tuesday.

California's landmark medical marijuana law, Proposition 215, was written just blocks away from the sleek new store, noted Bergerac in his opening day remarks—the audience held back tears as he described how marijuana, obtained through Dolores Park dealers, had helped his partner, Mark, before he finally lost his life to AIDS back in 1991. It was, in fact, San Francisco AIDS patients, suffering the ravages of the disease in the early '90s, who were the first champions of medical marijuana in modern times.

"Cannabis gave him more relief than any of the pills his doctors gave him," Bergerac recalled, his hands shaking. "As I stand in this new store, I am assured that I will never be shamed, I will never be stigmatized, into buying medicine in risky public parks again."

The Apothecarium's small art space is named Mark's Corner in his memory.

The dispensary has long been the terminus on the medical marijuana underground railroad, whereby leading physicians at leading medical centers have clandestinely referred patients to the club for high quality medicinal cannabis. The Apothecarium will formalize that arrangement this month with a new series of physician orientation tours, beginning October 20.

"Get ready for another revolution," said Dr. Floyd Huen, an Apothecarium medical team member and Mayor Quan's husband, who promised to unlock the vast untapped patient base of senior Asian Americans in the region. He said medical cannabis will be used to battle the nation's opioid crisis, and he told the story of an aunt who passed away from complications related to taking too much Motrin for pain.

"She would be alive today," he said, if she had been on medical cannabis for arthritis. Many Asian seniors are homebound and carry a stigma against cannabis, he continued. "Getting this out to our community is a civil rights issue."

Hudson accepts a commendation from Board of Equalization member Fiona Ma.(David Downs)

The club now serves more than 40,000 patients and recently won approvals to open shops in the Marina District and Berkeley, Hudson told us. After surviving bruising permit hearings, the Apothecarium will come to Lombard and Scott Streets in SF and to Shattuck Avenue and Parker Street in Berkeley early next year.

"We're looking forward to opening and dispelling the myths that came with that fight," Ryan said.

Supervisor Weiner called the club "an unbelievably good neighbor," acknowledging the club's donations of hundreds of thousands of dollars to local causes. The Apothecarium also received a commendation from Board of Equalization member Fiona Ma Tuesday.

Over at the sales counter, the Jack Herer flowers looked immaculate. So did the hot, chic, new Pax Bloom pods.