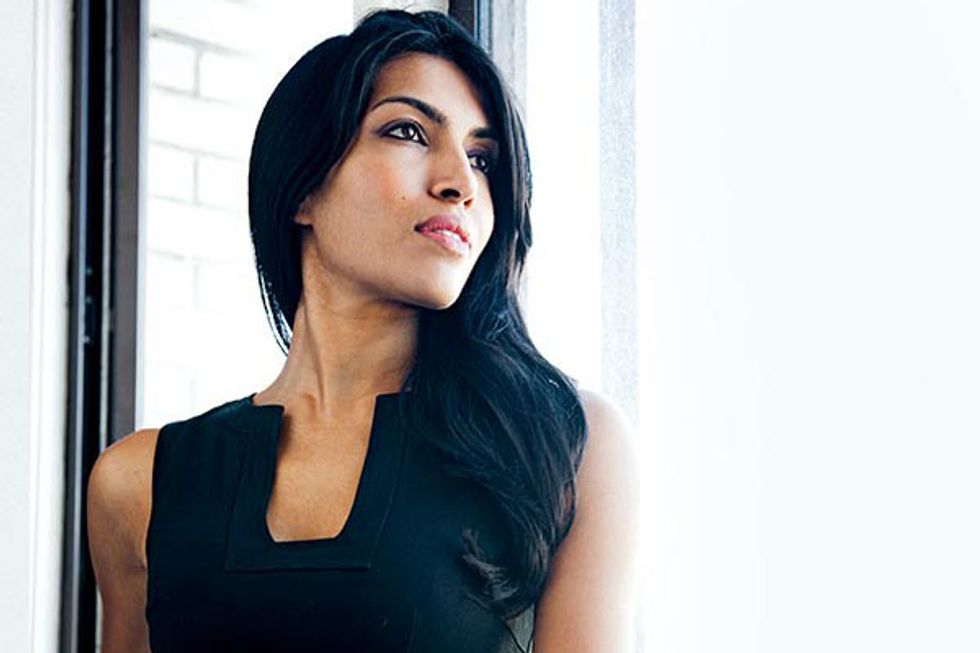 When Leila Janah graduated early from her math and science magnet high school, she begged her parents to let her go to Africa instead of saying yes to her early acceptance at Harvard. They agreed, and she found herself living with a host family in the village of Akuapem, Ghana, teaching English to blind children in neighboring Apirede. “I thought of myself as worldly, as a big-city girl. I would go in there and teach these people English, and they would be so grateful. I thought it would be pretty easy, and, you know, I would just show up and start spewing forth knowledge and everyone would be fascinated with me,” she says with a laugh. “I was 17, an LA girl, so cut me some slack.”

If life is a series of epiphanies that propel us toward an ever better life, Janah was about to have her first: “It made me realize how naive I was about the randomness of the birth lottery. As Americans, we believe in work as self-actualization, but in rural Ghana, hard work doesn’t necessarily get you ahead. You work just to survive.” Upon arrival, she found a village of poor, but not desperate, people who were welcoming. “There’s such caring and tremendous social capital in these poorer communities because people end up having to depend upon each other.” She also discovered that, regardless of where they are in the socioeconomic strata, people possess deep intelligence, curiosity, and a drive to learn more, and she began to consider the nebulous concept of equality.

After her stint teaching abroad, Janah attended Harvard while also working briefly for a division of the World Bank (“They do good work with foreign aid, but it’s a slow bureaucratic death by a thousand paper cuts”). From her time in Ghana and her travels for the World Bank, she developed the concept of microwork—breaking large, sometimes complex, processes down into the tiniest of tasks. “I saw all these companies moving whole teams overseas, and I thought if we could make the jobs smaller, we could take them directly to Third World people.” In 2008, Janah launched Samasource (sama is the Sanskrit word for “equal”), with patented technology for taking big data projects and reducing them to individual computer-based tasks, such as tagging photos for machine learning. Instead of relocating departments, companies such as Google, Eventbrite, and LinkedIn contract with Samasource to train and hire mainly women and youth in far-flung and impoverished regions around the globe. “The companies agree to hire not just for skills but to lift people up out of poverty.” So far, Samasource has transformed the lives of 25,000 people globally, providing them with access to income that was previously out of reach.

In 2013, Janah launched SamaUSA to reach out to low-income Americans with the same intent—bringing training and skills to a whole new group
of potential workers, operating in New York, Arkansas, and California, including Merced and SF’s Bayview–Hunters Point.

Where does she get the drive? “After World War II, my Belgian grandmother hitchhiked to Calcutta, where she met my grandfather. I have this kick-ass photo of her on a scooter in India holding my mother as a newborn. Who does that?”

DL: Who would you recommend for the Hot 20?

LJ: Kite-surfing. I love it. It took me a really long time to learn, but I finally did learn from this female instructor on Sherman Island. It’s the most delicious feeling.