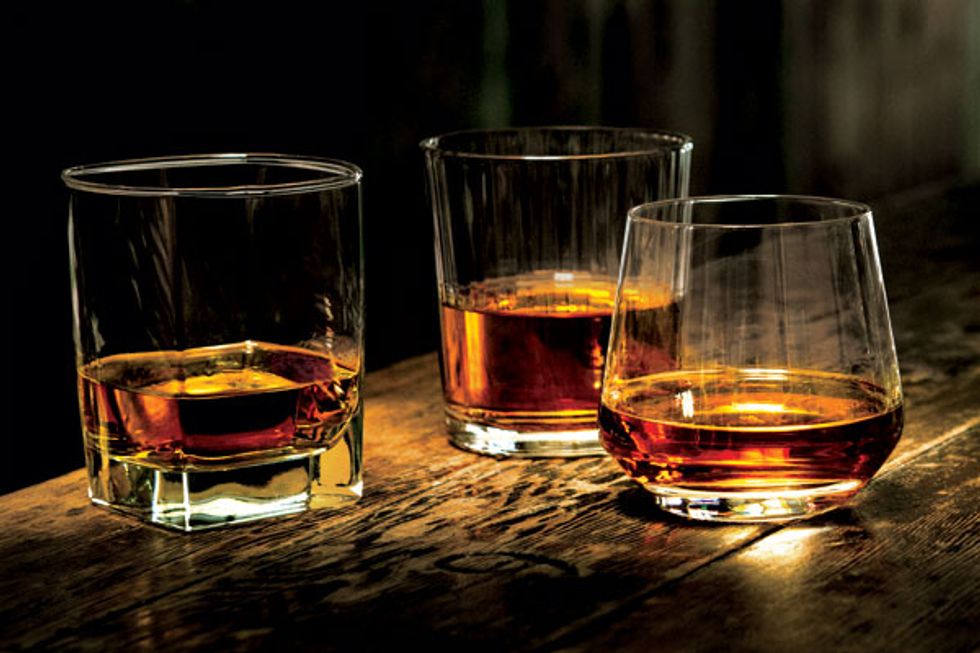 Local craft whiskeys are coming into their own, giving imports a run for their mash. We gathered a group of esteemed drinkers for a blind tasting to sound off on what’s worth a spot on your bar cart.

“I get a piney note on the finish, and a whisper of hops, oak, and vanilla.”—V.M.

“It’s like the kid at the party who won’t leave, but you want him to stick around.” —Z.S.

“I’m finally getting some wood.”—E.A.

“It’s either a higher proof or not as elegantly made.”—V.M.

“It tastes like the dudes on the Titanic who kept playing while it was sinking—it’s that special.”—K.A.

Tasting notes: Bread and fruit on the nose; focused, precise, and pretty

“Tastes like the maker has experience with other spirits.”—V.M.

“I get a Scotch vibe, all peat and smoke. Maybe some burnt caramel.”—K.A.

“This is what Willy Wonka drinks when his mother-in-law is in town.” —Z.S.

*2013 bottling, made from smoked chocolate oatmeal stout. The new release is due out in October.

Sonoma County Distilling Co.’s Sonoma Rye Whiskey was the sleeper hit. Both Miller and Smith wagered it was made by St. George Spirits, and Adkins was floored by the reveal. “I have this at the bar, but I haven’t been paying much attention to it,” he said. It’s his number one pick, so that’s likely to change.