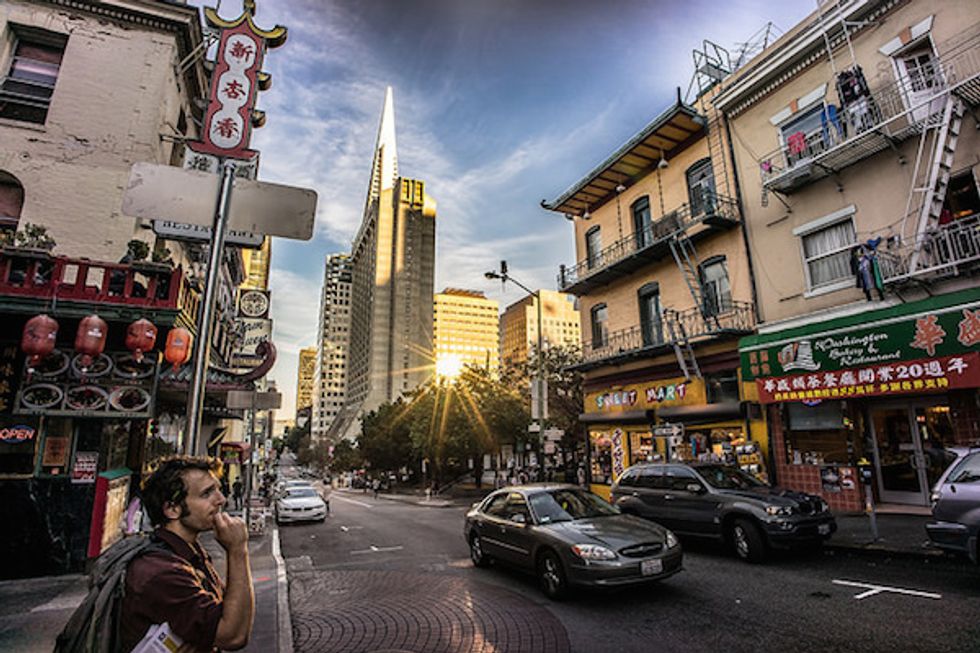 Getting to work. For many in the city, it's still the same old hassle it’s always been. If you don’t have a plush tech bus at your disposal, perhaps it’s time to check out some of the new ride-sharing startups that are paving the way for a better commute.

Giving Uber and Lyft a run for their VC money, these companies claim to solve the challenges of your commute while offering significantly cheaper and more eco-friendly rides. And, until Scott Weiner’s vision for truly functional underground transit manifests, they are more efficient than public transportation. Here, we break down eight emerging businesses hoping to take you for a ride.

In a worthy update to ancient Roman transport, Chariot offers a fleet of vans ready to take commuters from their neighborhoods on the city's perimeter (Richmond, Marina, the Haight, North Beach, etc) to work in the city's center (FiDi and SoMa). Vans arrive every few minutes at pre-selected stops and promise to be prompt 95 percent of the time. An easy mobile app allows for seat reservations, ETAs, and online payment. Monthly passes are available.  //  ridechariot.com

When a car is the most convenient way to get to work (but you don’t want the headache of owning your own), Carma Carpool makes it easy for drivers to locate and pick up fellow commuters (who pay per mile via the mobile app) on their way to work. Want to carpool but don't have a car? Carma has a new way to “supercharge" your ride, providing cars to commuters who want to create their own carpool.  //  carmacarpool.com

Unlike some other ridesharing apps that require set commute times, Scoop schedules your morning and afternoon rides separately and with flexibility. Did you oversleep in the morning? Or, do you want to peace out early on Friday afternoon? Scoop doesn't hold you to a “regular” daily commute. Even better, they also guarantee you a ride home. So, if the app can’t find you a carpool, Scoop will cover the cost of alternative transport back to your casa.  //  takescoop.com

If you're not elegible for a lift on the GBus to MTV but still need a ride down to the peninsula, Magic Bus will pick you up at a pre-selected stop within a five-minute walk of your house and take you to work (as far as Palo Alto) and back home again. The buses even have Wi-Fi so you can work/shop/play Minecraft all the way to the office. What Caltrain station?  //  magicbus.io

Like Carma, this ride-sharing app matches you with commuters going the same direction. But Ride takes things one smart step further, with a proprietary algorithm that figures out the most optimal, door-to-door route. Both drivers and passengers have the option to accept or reject routes—the idea being that, eventually, you'll be able to create a commute that's custom-tailored to you and not to every other passenger.  //  ride.com

Not particularly into riding with strangers every day? Hovee taps into your social networks to set you up with a carpool of people who work in your industry and share similar interests. Think of it as LinkedIn on wheels.  //  hovee.com

For pricier transbay commutes, Carzac is a way to get your gas money covered. As a driver, you just download the app, select a few pickup spots that are convenient for you, and pick up passengers to fill your empty seats. The app will notify you if someone can take a ride based on your preferences. For passengers, Carzac is a cheap ride to work without having to set up something regular.  //  carzac.com

The closest thing to an old-fashioned carpool, Duet connects you with commuters in your neighborhood. Via the app, rides are scheduled in advance, and there's a real-time chat function so riders can coordinate the details.  //  duetinc.com