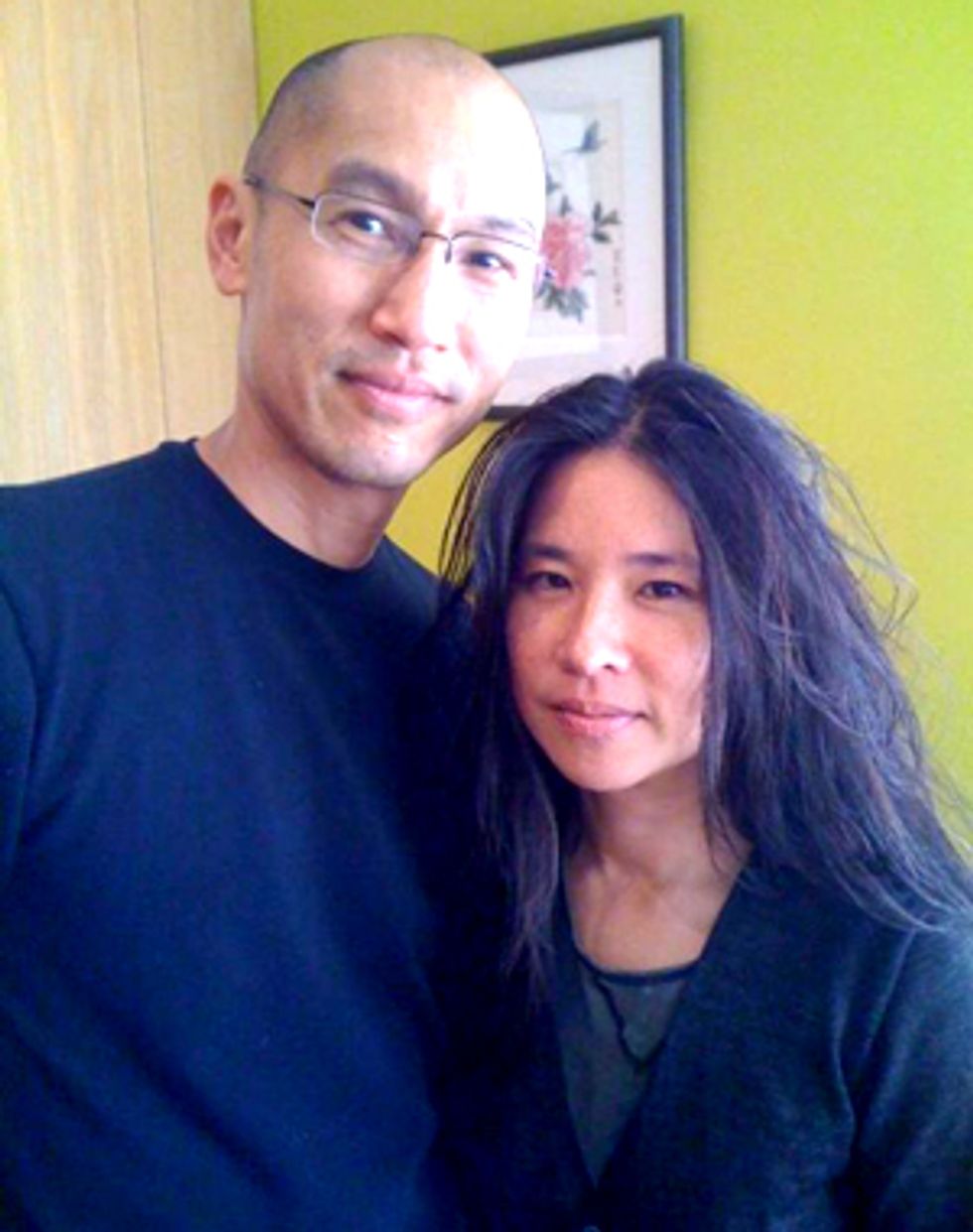 One of my secret weapons when I want to impress anyone, like a significant other, a colleague, or my parents, is The House on Grant Avenue in North Beach. It's a mecca for impeccable Asian-inspired American classic dishes that make my mouth at the mere thought of them. An understated gathering spot in a sea of Italian joints, it's owned by Chef Larry Tse and his wife Angela, who runs the front of the house and the wine and pastry programs. Read about how these smooth operators work together fly to make the food they dish up wow every mouth it touches. It's also their wedding anniversary today!

When and how did you two meet?
We met in the Winter of 1987, right before Christmas. We were introduced through a mutual friend at a local nightclub and went on our first date six months later, dinner at a neighborhood restaurant. One of Larry's best buddies was our waiter. We were their first and last customers that evening. We were married the following year and are celebrating our 22nd anniversary this November.

How did the idea for The House come about?
Post college, Larry worked as an accountant for Chevron and Angela worked in operations for Gap corporate over 6 years. The idea for The House came about simply through the fact that Larry grew up a restaurant brat. His family owned The Golden Lantern, a Chinese restaurant at Rockaway Beach in Pacifica. He grew up in the family business and learned to cook at a very young age.

As a young family, we hosted many dinners at our new home with various friends and family. Over the years, our interest and passion for food grew. After 6 years, Larry and I had arrived at a career crossroads and were toying with the desire to leave our corporate jobs and strike out on some creative adventure of our own. This just kind of naturally evolved into opening The House.

What role do you each play at The House?
Larry is the chef and oversees the food/kitchen and all that entails. Angela takes care of the front of the house, pastry and wine programs.

What's the best and worst thing about working together?
Precisely that! I know it sounds corny, but prior to The House we always thought it would be so great if we could just work together. Having said that, working together does have its moments. Overall, Angela and I are pretty much of the same mind and purpose so 99% of the time, we are in agreement. The other 1%, watch out!

Owning and operating a restaurant is such an all-consuming profession. The best thing about working together is simply being able to be together. To share in the ups and downs of what is ultimately our life at work. The worst is some of the sacrifices we've had to make as parents. For us, having a restaurant means working a lot of evenings and most weekends. It's not really what we signed up for when we became parents.  Our network of friends and family have helped tremendously.

What's the worst fight you've ever had over your business?
Boring, but the normal front of the house, back of the house work issues. It's a natural division in most restaurants, but we work it out. I think being married gives us a mutually supportive view of the others role and challenges. Our day to day issues are always tempered with a desire to ease one another's burden.

What about working together has strengthened your relationship?
Long hours and daily demands of the business have made us stronger, both physically and mentally. We work on our relationship every day and have a lot of mutual respect for each other.


Do your kids help out at the restaurant? What do they think about the family business?

Funny you should ask. Both our kids, Jordan, 19, and Justin, 21, are at USC now studying chem-e and finance, respectively. They worked in the restaurant in their teens bussing tables, running food and kitchen prep. They lovingly refer to taking over The House as "Plan B". We have always taught them that you never know what you will end up doing in life, but you must love what you do. Both of our kids are extreme foodies, so we'll see. . .

What do you two do to get away from the business? What restaurants do you like to go on dates at?
We both love running, hiking, foraging and gardening. We also love traveling, wandering around food markets of other countries and exploring different cuisines. Some of our favorite date restaurants in the Bay Area include Delfina, Oyaji, Fish and Redd.

Any advice for couples who own a business together, or are thinking about it?
Every relationship is a dynamic, unique entity. For us, working together has definitely brought us closer together. I would say that respect is one of the most important aspects and above all, love what you do. . .