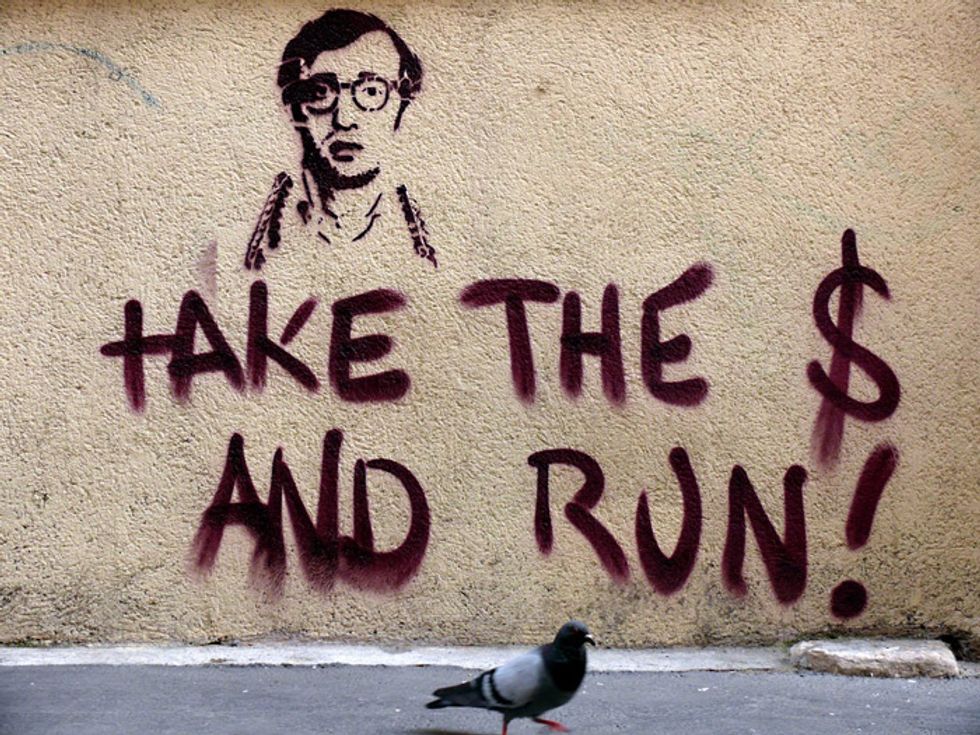 Since Woody Allen touched down in the city to begin filming his as-yet-untitled WASP project, San Francisco is in the grips of Woody Allen mania. With near hourly location updates bleeding out from all edges of the internet, you have your choice of Woody sources: You can track him on SFGate, get the very latest in micro-Woody spottings on MissionLocal and even watch "dailies" from his shooting on YouYube. I'm surprised there isn't a Woody sandwich at Ike's Place yet. If you haven't heard that Woody is in SF filming and you live in the city, it's safe to say that this is your first time on the internet. Welcome!

The point is this: There are plenty of places you can see news about Woody. Instead of just chiming in to the chorus, we thought we'd up the anté by digging up some classic footage of Woody in San Francisco. After a long trip down the dusty corridors of the internet, we unearthed this clip of Woody Allen being interviewed at the 1969 filming of Take the Money and Run from the Bay Area Television Archive. In a segment filmed right here in the city on 9th Avenue and Clement Street, a young and (dare I say it) mostly cute Allen details his plans: "I'll be robbing all the major Bank of Americas in San Francisco," to a disapproving newsman, who ends the segment with a smirk. "If it took every bank robber the time it's taken Woody Allen to knock off this bank, every bank depositor's money certainly would be safe," he closes. Seems the media and Woody weren't always such good bedfellows! Enjoy.