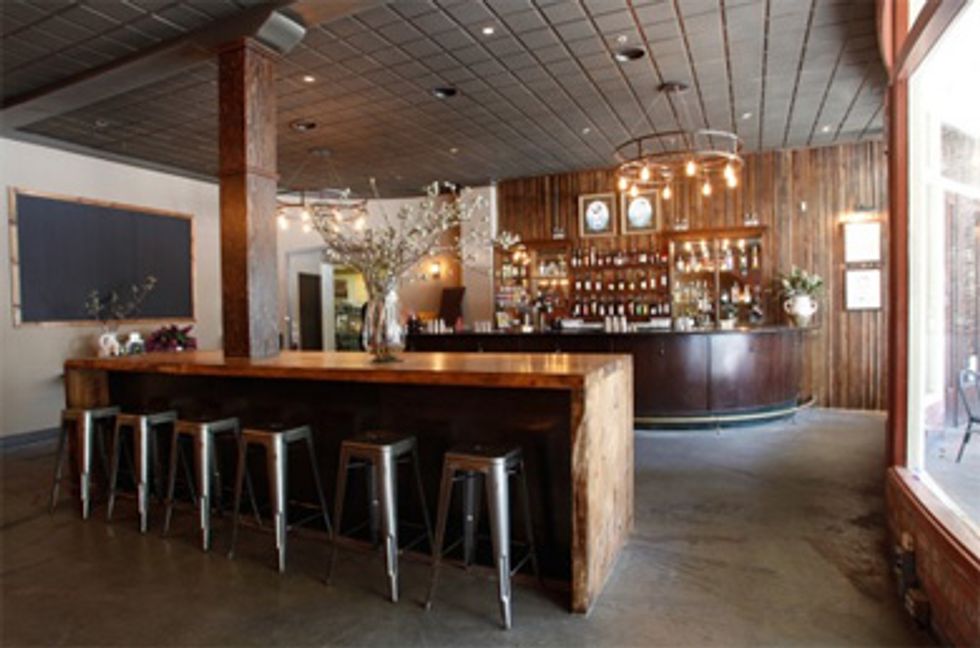 Ian Begg and Ryan Maxey are pretty open about the reason they left their high-profile gig at Café Majestic in 2008. Management wouldn’t let them fully realize the style of food and service they aspired to, so the two friends took off to San Sebastian, a place chef Begg already had his eye on for some time. The Spanish city, nestled up by the French border, is coastal, metropolitan, and wickedly serious about its food. The similarty to SF is undeniable. But Begg and Maxey love it for what's different from their hometown: the enchanting cobblestone streets, the medieval undertones, and most importantly, a proliferation of unassuming taverns serving outstanding food. For three years now, the pair have been working on the business plan for a California-fueled riff on these Basque taverns. The guys already run cult-followed sandwich shop Naked Lunch on Broadway, so when the Enrico's space next door went on the market back in January,  they thought, "Why not here?" About a month ago, their Txoko opened on strip-club-paved Broadway. It might be lacking cobblestones, but it's got its own flavor. Inside, you'll find vintage furnishings, medieval-style chandeliers and a communal table.

After a recent trip, I'm thinking the likability of Begg’s food should help it catch on. His menu is divided into three main sections: small bites (a.k.a. pinxtos), small plates that can serve as entrees or share plates, and cheese. Then there’s one “big plate” if you really want to go for it: a Painted Hills bone-in rib eye for two, served with butter-poached Yukon golds, other seasonal veg, cabernet sauce and chimichurri—super Euro, indeed.

Some of Begg’s dishes land firmly in California. There's a healthy looking (and beautifully fried) ricotta-stuffed squash blossom, but Basque trademarks, such as romesco, espelette and Manchego, remind you of Txoko’s mission. "Liver and onions" is Frenchified with foie and brioche toast, Californized with grilled local cippolinis, and brought back to Spain with a drizzle of reduced Pedro Ximenez, the Dom Perignon of aged sherries. A flaky golden empanada is stuffed with fresh porcinis and a lamb loin chop plated with a tomato tartlet and chevre was perfectly grilled.

The desserts are sublime. Kokkari vet Ana Paliza-Brown’s creations lean towards the savory. The lemony date bread pudding paired with a painterly swipe of black olive caramel and chorizo-infused Marcona almond brittle was an undisputed hit. Then we tried out the much-hyped foie gras ice cream. To my surprise, its ever-so-faint gaminess plays beautifully with the accompanying muscat-saturated apricots. Heady stuff—almost dark and moody enough to conjure up medieval times.