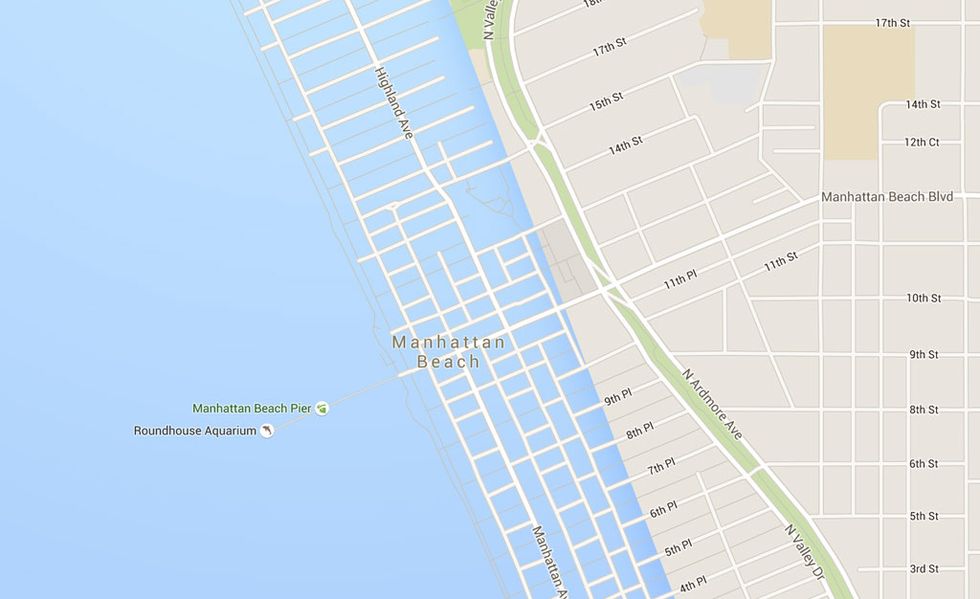 Ever wonder what the California coast would look like after a tiny temperature rise? Even just 2 degrees Celsius? On Friday, Google Maps showcased what just a few feet of rising sea levels could do to the iconic Pacific Coast Highway. Hint: it doesn't make it.

Google Maps users were given something grave to think about over the weekend as coastal Los Angeles and cities such as Malibu and Santa Monica were shown under water on the website.

While Google Maps later issued a statement stating that the effect wasn't intentional, it was still striking reminder of what lies ahead if we continue on this dangerous path.

To get an actual idea of what California would look like, The Surging Seas map, created by Climate Central, allows you to pull a slider and put various US cities underwater, foot by foot.

At a measly 934 above sea level, San Francisco is a goner. Oakland, too.