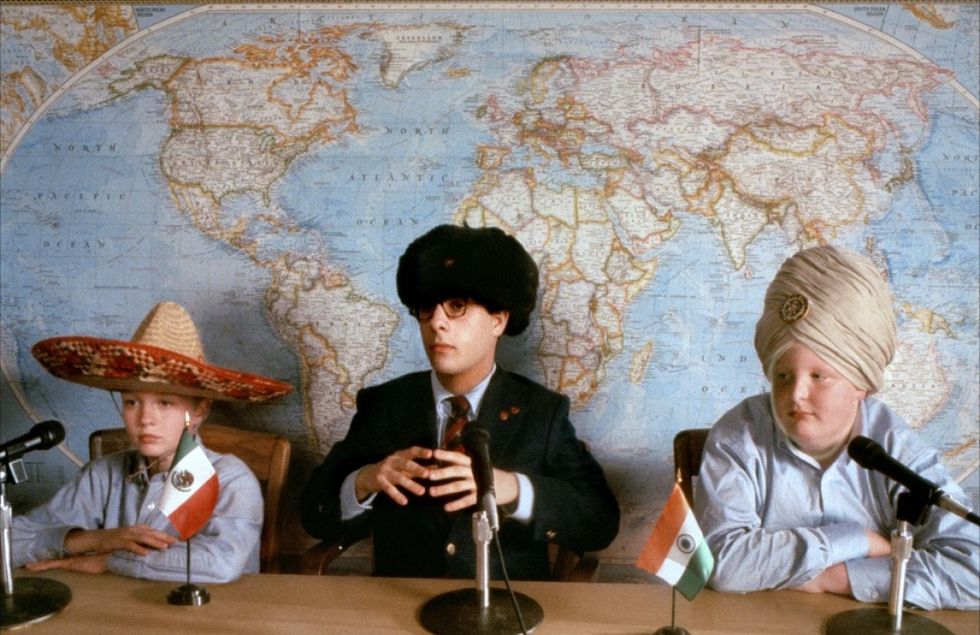 The International Asian American Film Festival heads south to San Jose through March 20, paving the way for next week's return of the Disposable Film Festival, a four-day celebration of do-it-yourself filmmaking kicking off at the Castro on Thursday. Looking for more immediate gratification? Try tonight's debut of The Lincoln Lawyer – a must-see for fans of law, order and Matthew McConaughey's down-home Southern drawl – at the Sundance Kabuki.

1. The Disposable Film Festival's Competitive Shorts Night
Where:Castro Theatre, 429 Castro St., 415-621-6120
When: March 24
Why: Hailed by MovieMaker magazine as one of America’s coolest celebrations of fearless (and often underfunded) filmmaking, the Disposable Film Festival arrives at the Castro this Thursday for an evening of 25 shorts captured by cell phones, pocket cameras and other everyday devices significantly less expensive than James Cameron’s 3-D technology. Among this year's highlights: a music video created entirely on the Xbox 360's Kinect.

2. The Music Never Stopped
Where:Sundance Kabuki Cinemas, 1881 Post St., 415-929-4650
When: All Week
Why: Jim Kohlberg will be on hand to present his impressively sure-handed directorial debut – The Music Never Stopped, a Sundance audience favorite named for a long-running staple of the Grateful Dead's concert repertoire – featuring Lou Taylor Pucci and the great J. K. Simmons in the real-life-inspired story of a brain-tumor victim who recaptures lost memories by listening to his favorite tunes.

3. Rushmore
Where:Red Vic Movie House, 1727 Haight St., 415-668-3994
When: March 22-23
Why: Imitated but rarely matched, Wes Anderson's brilliant sophomore comedy rests squarely on the shoulders of Max Fischer (Jason Schwartzman), a precocious teen as obsessed with Rushmore Academy's most fetching teacher (Olivia Williams) as he is with the eclectic hobbies that dominate his spare time. Featuring an impressively nuanced supporting turn from Bill Murray, the movie, from 1998, is sharp, artfully shot and tender in all the right places.

4. Jane Eyre
Where:Embarcadero Center Cinema, 1 Embarcadero Ctr., 415-352-0835; Sundance Kabuki Cinemas, 1881 Post St., 415-929-4650
When: All Week
Why: Rarely before has a director seemed so eager to explore the darkness lurking in the subtext of Charlotte Brontë’s already grim early-Victorian novel, but Cary Fukunaga (Sin Nombre) dives right in, with an adaptation that is stylishly shot and, thanks in part to impassioned performances by Michael Fassbender and Mia Wasikowska, deeply moving.

5. Cedar Rapids
Where:Sundance Kabuki Cinemas, 1881 Post St., 415-929-4650
When: All Week
Why: Miguel Arteta's latest observes the re-education of Tim (Ed Helms), an overgrown child content to idle away his days as the least valued salesman at a small-town insurance company. Rapids tells the often-hilarious story of his initiation into a cynical world of backroom deals and soul-crushing compromises. If Tim threatens briefly to become a device – at first he seems too much of a rube to be anything more than a screenwriter’s mean-spirited parody of a Midwestern everyman – it is his unflagging idealism that makes his rite of passage endearing.

6. Happythankyoumoreplease
Where: Lumiere Theatre, 1572 California St., 415-885-3201
When: All Week
Why: From first-time writer-director Josh Radnor, best known as the luckless-in-love hero of the CBS sitcom How I Met Your Mother, comes Happy, the unabashedly earnest slice of feel-good philosophy that created a small sensation at this year's Sundance Film Festival. The movie, about a tight-knit group of New Yorkers wrestling with misgivings about their personal and professional lives, is talky and occasionally precious, but the performances, like Radnor's slyly humorous riffs on the unpredictability of big-city living, are sharply observed.

7. The Last Lions
Where: Embarcadero Center Cinema, 1 Embarcadero Ctr., 415-352-0835
When: All Week
Why: National Geographic documentarians Dereck and Beverly Joubert follow a lioness named Ma di Tau ("Mother of Lions") through the wetlands of Botswana's Okavango Delta, where an epic battle to survive unfolds as a proud mother struggles to defend her cubs from a roaming herd of fierce buffalo; a river infested by hungry crocodiles; and fellow lions on the prowl for fresh meat to conquer. The photography in Last Lions is stunning, but more than that, the drama the Jouberts capture, training their cameras on Ma di Tau through a series of fleeting victories and heartbreaking setbacks, is thoroughly compelling.