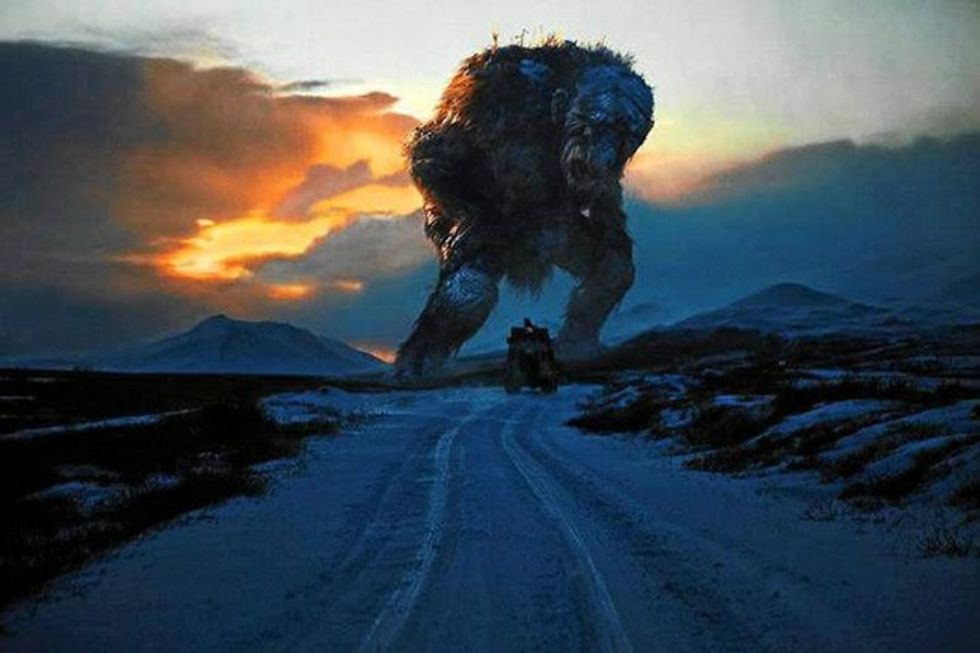 Looking to avoid the crowdsflocking to bask in Green Lantern's faint afterglow this weekend? Not a problem. Frameline35 is currently in full swing at the Castro, Roxie and Victoria theaters, proudly showcasing the world's best LGBT cinema through June 26. Meanwhile, Terrence Malick's critically lauded Tree of Life continues its run at the Embarcadero.

1. Trollhunter
Where: Lumiere Theatre, 1572 California St., 415-885-3201
When: All Week
Why: The title says all you need to know: Armed with a video camera and some seriously misguided chutzpah, a trio of college students set outs to discover the truth about trolls – the supposedly mythical monsters who inhabit the Norwegian woods, not Rotten Tomatoes critics like Armond White. What they find, with the help of a cryptic “poacher” (Otto Jespersen), are creatures as fearsome as they are laughably difficult to hunt.

2. Just Like Us
Where: Lumiere Theatre, 1572 California St., 415-885-3201
When: All Week
Why: Can Western comedians like Tommy Davidson (TV's In Living Color) and Whitney Cummings take their R-rated acts to the Middle East? That's the question posed by Egyptian-born fellow comic Ahmed Ahmed, whose new documentary shoots down the popular misconception that Arabs have no sense of humor, and suggests that laughter is as contagious in Dubai, Lebanon, Egypt and the Kingdom of Saudi Arabia as it is at San Francisco's own Punchline Comedy Club.

3. August
Where: Castro Theatre, 429 Castro St., 415-621-6120
When: June 18
Why: In Eldar Rapaport’s feature debut, emotions run high when Jonathan, a happily partnered man, receives word that his ex is back in town after years in Barcelona. A blast from the past escalates into a torrid affair, but translating that untamed passion into long-lasting romance proves complicated. Will Jonathan leave his current lover for an old but never-extinguished flame? Augustis a thoughtfully constructed meditation on the complicated nature of love, and the pain and pleasure it causes.

4. 13 Assassins
Where:Bridge Theatre, 3010 Geary Blvd., 415-751-3213
When: All Week
Why: Takashi Miike's story of 13 samurai-for-hire assembled to murder a sadistic young lord is invigorated by the irrepressible charisma of star Koji Yakusho (Babel) and the director's hypnotic, unrelenting pacing. Yet Assassins is most unforgettable for the sheer audacity of Miike's vision: The film, which recalls Kurosawa at his most grandiose, is a dazzling spectacle, highlighted by a climactic 45-minute showdown that somehow leaves us panting for more.

5. Wings of Desire
Where: Red Vic Movie House, 1727 Haight St., 415-668-3994
When: June 19-20
Why: Wim Wenders' 1987 fantasy follows the bittersweet journey of an angel on earth (Bruno Ganz) who yearns to become mortal again after falling in love with a trapeze artist (Solveig Dommartin). The result is a classic affirmation of romance, inspired by Wenders' passion for poet Rainer Maria Rilke and partially shot in gorgeous black-and-white photography courtesy of acclaimed cinematographer Henri Alekan.

6. Beginners
Where: Embarcadero Center Cinema, 1 Embarcadero Ctr., 415-352-0835
When: All Week
Why: A sweetly humorous, semi-autobiographical drama from writer-director Mike Mills – the Thumbsucker creator, not the R.E.M. bassist – Beginners is the story of a young man's struggle to accept a past he cannot change, a present that seems at once surreal and tragic, and his own fear of love. Trite as that may sound, this is a beautiful work, not just for the emotions it deftly reveals, but also for its skillful use of still photography to evoke moods and memories.

7. Midnight in Paris
Where: Embarcadero Center Cinema, 1 Embarcadero Ctr., 415-352-0835
When: All Week
Why: Woody Allen's latest romantic comedy, his most engaging since 1996's Everyone Says I Love You, follows a soon-to-be-married couple (Owen Wilson, Rachel McAdams) whose misadventures in the City of Love will forever change their perspectives on life and romance. As much a lighthearted farce as a cautionary tale about those whose nostalgic whims blind them to the beauty of the present, Paris may seem a minor entry in Allen's oeuvre, but that takes nothing away from its considerable charms.