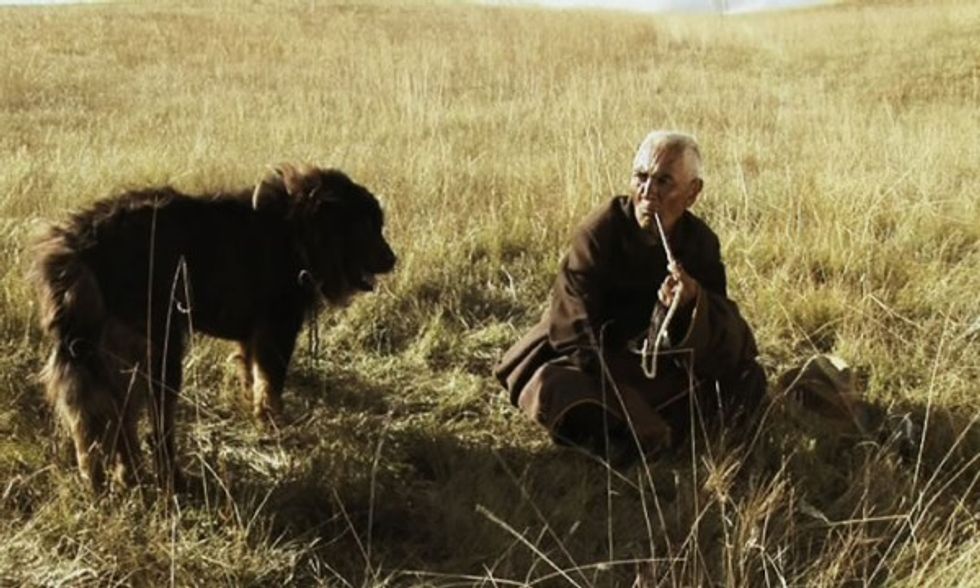 I'm working at the San Francisco International Film Festival this year, which means that by the well-tread 'rules of journalism' it wouldn't really be proper for me to cover it. Nonetheless, it's definitely the biggest event of the year for Bay Area film buffs, and 7x7 wouldn't want to leave you in the dark without a flashlight–especially with over 170 films on the docket. I've recruited a friend of mine, Hell on Frisco Bay'sBrian Darr, to give you his picks for the first week of the fest:

Farewell, My Queen
The festival's opening-night gala selection is a full-blown costume drama--or should I say "costume thriller"? Even those who know the fates of Marie Antoinette (played by Diane Kruger) and her favorite reader Gabrielle De Polignac during the French Revolution will be in suspense over how a lowly attendant played by Lea Sedoux fits into the machinations of the ruling class during their last days. Versailles is lavishly portrayed as a literal and moral swamp. Tickets & Times here.

Harlan County, U.S.A.
In 1973 Barbara Kopple took a small camera crew deep into Kentucky coal-mining country to film a picket line for a documentary on union politics. Once in Harlan County, she found solidarity with strikers facing a corporate-owned mine's hired "gun thugs." Such drama took over the entire film, which would become one of the few docs of its decade to be a popular theatrical success. Kopple is receiving a career achievement award at SFIFF. Tickets & Times here.

Blink of an Eye
The words "independent film" didn't always mean familiar stars sacrificing paycheck for credibility in quirky comedies. In the 1960s when SF Cinematheque was founded, it referred to the personal works made by truly independent artists working in the margins of experimentation with image and sound. This Cinematheque-presented program consists of short works by filmmakers in this tradition, including Words Of Mercury by Jerome Hiler, who has been making films locally for forty years. Tickets & Times here.

Merrill Garbus (tUnE-yArDs) with Buster Keaton Shorts
Almost every year, the festival pairs well-known contemporary musicians with films from the silent period of movie-making. Sometimes it ends up more like tuna fish and ice cream than peanut butter and chocolate, but this year's pairing seems impossible to screw up. The leader of one of the most awesome breakthrough bands of 2011, with four of the best comedy two-reelers made during the Woodrow Wilson administration, including the masterpiece One Week? Buster or bust! Tickets & Times here.

The Day He Arrives
If you think Korean cinema is all about gore-filled horror films and revenge thrillers, you should be introduced to the films of Hong Sangsoo. A darling of festival programmers worldwide, Hong makes intimate character pieces centering around thoughtless intellectuals entwined in emotionally trying love relationships, but his films entertain as much as they educate. The Day He Arrives may be his funniest iteration of his formula yet. Tickets & Times here.

The Sheik & I
The premise is irresistible: commissioned to make a film for an exhibition in one of the lesser-known of the United Arab Emirates, former SF-local Zahedi is puzzled by the curators' demand that he not use the film to insult the emirate's ruler, whom he's never heard of before. So of course he decides to make the film be about this demand, infuriating the curators. The Sheik walks the dangerous border between commentary and comedy, and has a whole lot of fun doing it. Tickets & Times here.

Old Dog
You may not have heard the name Pema Tseden before, but you're likely to hear it again: he's the first filmmaker in China to make films in the Tibetan language. Cinemascope magazine just named him among the worlds top '50 Filmmakers Under 50,' so you know he's blipping on critics' radar screens. Set in the remote provence of Qinghai, Old Dog is about a shepherd with a dog so valuable to his way of life that the threat of its removal might be cataclysmic. Tickets & Times here.

Thanks to Brian and Hell on Frisco Bay for these recs! Tune in next week for a preview of the rest of the fest's two-week run.