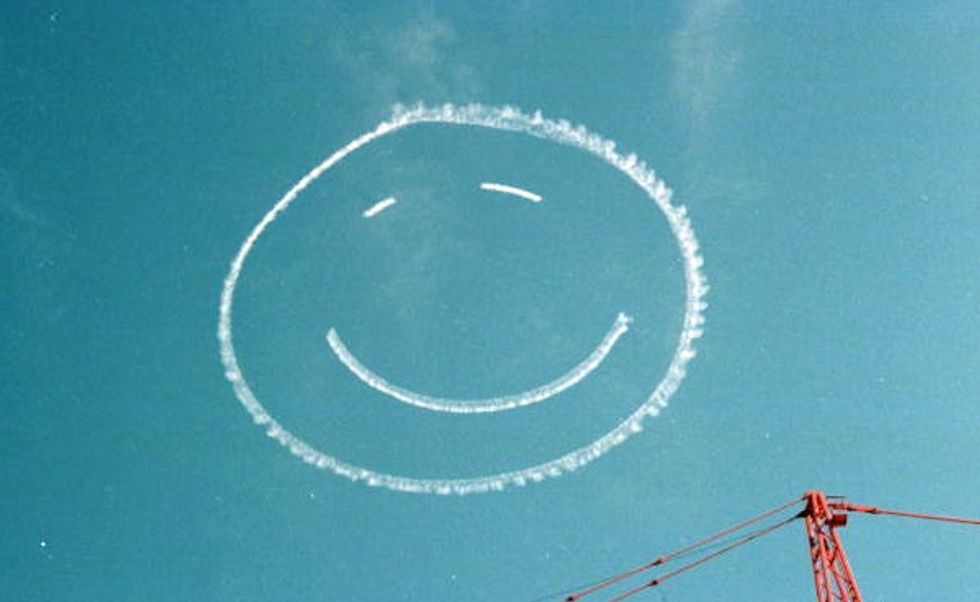 Earlier this week I found myself once again driving to a tech meeting, cutting the time way too close. So little time, so much to be done, and each day, it seems, the show must go on and somehow I get everything done. But, I digress.

I was heading down Gough from Lombard on my way toward City Hall. The clock was ticking, not much traffic, the lights turning green, block after block after block. Excellent. Being exactly on time shifted from possible to probable. I turned left on Grove. Rolled up to the crosswalk at a red light. Just a few blocks to go, four minutes left to find parking and get in to the meeting.  Mustn’t be late. A woman crossing the crosswalk is carrying a precarious load of small boxes. She’s less than halfway across, the light’s about to turn green. It turns green. She's not across yet and just at that moment, the woman’s twelve or so small boxes burst out of her hand like a jack-in-the-box and spilled all over the crosswalk and street.

I could pretend I wasn’t paying attention, and just break on through to the other side. It would be totally plausible. She would be fine. But if I did, the long line of cars behind me would follow like lemmings and this woman’s boxes, and their contents, would be flattened fifteen times over. “Maybe they’re just empty boxes,” I thought. “Maybe she’s on her way to the recycling bin.  Maybe by flattening them, we will all be doing her a favor,” I further rationalized.

Instinct then took over. I put it in park, turned my hazard lights on and got out to help her pick up her boxes. It took only about 20 seconds. I hopped in the car, put on my belt and made it through on the yellow just before the light turned red. I looked in my rearview mirror and in the blue Ford that was behind me I saw the extremely displeased face of a close relative of the Wicked Witch of the West. I swear her face was green. I couldn’t exactly read her lips in reverse in my rear view mirror…something like “lucky you,” or “your truck”…couldn’t make it out. However, the double birds she then flipped me were easily interpreted.

I waved apologetically as I drove off and pointed to the woman with the boxes, to explain, and then cruised through the next few blocks to my destination. I wondered if that instinctive reaction would help or hurt my parking karma.

My trusty parking app guided me to an available rockstar metered parking spot. But not just any rockstar metered parking spot. A spot with a bag over the meter head. Not just any sort of bag, but a bag with a smiley face on it.  As I saw that, I smiled too, because that bag meant I could park at that broken meter for free for two hours. I didn’t have to fumble for change or even take two minutes to pay by phone. I got my stuff, shut the door and was at the front door…right on time. I had a feeling that this was going to be one of those magical meetings. And it was, from the very second I sat down.

After the meeting on my way to the car I saw a parking enforcement officer writing a ticket. I knew I was safe. She got out and placed the ticket. On a blue Ford parked in the disabled behind me without a disabled placard displayed. A $955 ticket. I got out my phone to take a picture of it and document this poetic parking moment, but just as I did, I kid you not, a gust of wind came up and blew the smiley face bag right off of the meter and into the air. I got the hell out of there fast before the blue Ford owner re-appeared.

I will always wonder what was inside of that woman’s little boxes.

David LaBua, our Parking Guru, is the author of Finding the Sweet Spot–The Insider's Guide to Parking, and founder of VoicePark, the mobile parking app that guides you by voice to the closest available parking spot.