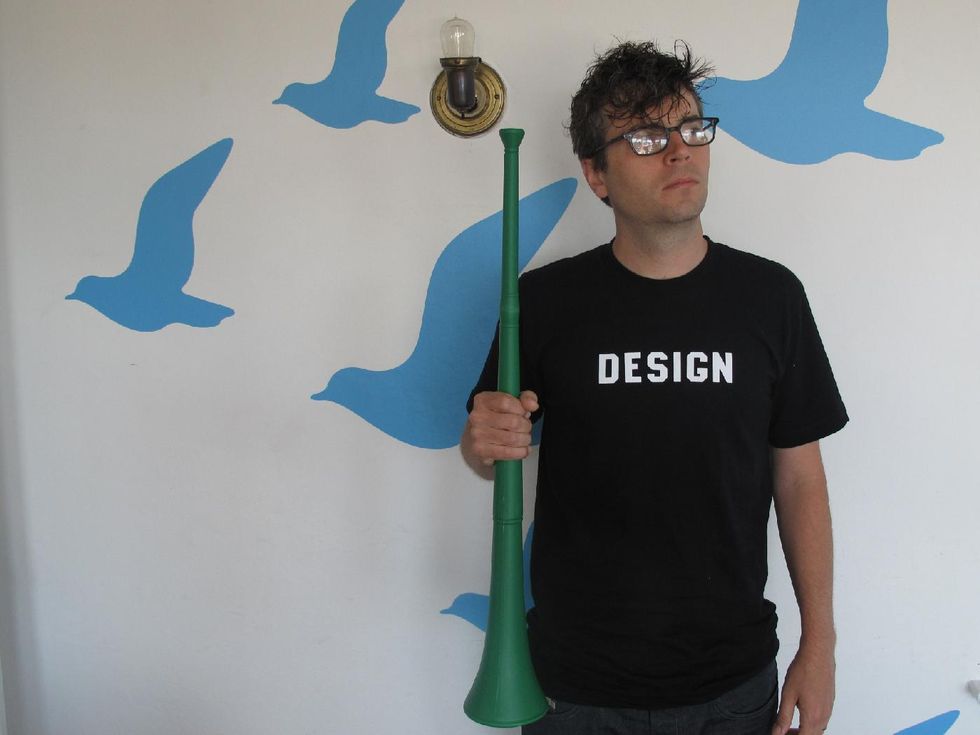 So, You Want to be the Mayor of San Francisco?

It all started with a tweet. Or actually, two tweets.

On Wednesday night, Mike Monteiro (@Mike_FTW) tweeted “Dear SF Mayoral candidates, none of you has managed to convince me you don’t have your head up your ass. And you’re running out of time.” A few hours later, he had something new to add: “I am urging all San Franciscans to write-in “Mat Honan” for mayor. He’s passionate and he loves the city. Who’s with me?”

Mat Honan, senior reporter for Gizmodo.com, a former contributing editor to Wired, and a frequent writer for 7x7 Magazine, had all of a sudden found himself as a write-in candidate for mayor. Soon enough, Twitter was alive with the #votemat hashtag. “Mike and I are friends, but this wasn’t something planned at all,” Mat told me. “It was something he thought about, and didn’t talk to me about, and I just played along with it.”

By playing along, he quickly put up a single-serving website, mayormat.net, where he shared his “platform,” with statements like “Fence-in the Marina,” “Tax Ironic Mustaches,” and “Doggie Diner Revival.” That first night, as the tweets came pouring in, and he rocked his 9-month old to bed, he retweeted every absurd suggestion that came his way, like banning Comic Sans as a font, bringing better weather to San Francisco, and getting rid of earthquakes.

I asked Mat to find some time in his busy schedule to discuss the whole #votemat explosion. We met at Java Beach, and I kind of expected him to show up in campaign persona, and start banging his fist on the table while promising things like cleaning up human feces and beating L.A.

He didn’t. He was instead very thoughtful, both about what this unanticipated popularity might mean, and also what some of the real problems are in city politics. But he did admit that it probably would have been much funnier if had shown up acting like his “campaign” presented him to be.

“I don’t know how to feel about all of this,” Mat started. “I’m taking it seriously, and I’m not taking it seriously. I’m taking it seriously in that I think there are a lot of people who are frustrated by our choices with mayoral candidates. There are lots of big problems in this city, and no one is being gutsy, because of the ranked choice voting. It’s a problem that we don’t have good leadership in the city. But no one should write my name down thinking that I will seriously win and become mayor.”

While Mat has been pushing the campaign/movement/meme/whatever you want to call it along, there is outside support, too. Other citizens set up a tumblr, Facebook page, and a Twitter account (@votemat) that he had nothing to do with.

Why Mat? Of all the people who live here and love the city, why Mat Honan? “I think Mike picked me because he knew that I would go along with it. There are other people out there who could actually make the leap from Internet voice to political stakeholder, but I don’t think that’s me. I’m a little too much of a clown for that.”

“I totally understand that it’s annoying, really annoying, especially since I retweeted like 100 things, and I was conscious that it was annoying. But it’s Twitter. It’s really easy to unfollow people. It’s just one button. Hit it, and it’s done. There’s no reason to be annoyed, just unfollow and come back later.”

While his platform at mayormat.com is mostly in jest, he was heartfelt about some of the city’s very real problems, like Muni and the schools. According to the Internet, Mat’s plan would be to fire everyone, and hire all new people. In person, he more realistic. “I wouldn’t actually fire everybody, but it’s still pretty obvious to me that there should be more consequences for people who are bad at their job. I do think Muni is fixable. I’m not quite sure how, but I think it needs to be in the hands of the right people.”

Most of all, Mat thinks that the popularity #votemat is about people being pissed off about city government not doing anything. “It seems like all the candidates are either running against Ed Lee, or else playing it really safe and hoping to sneak in there with a slim percentage of the vote. There are a few people with big ideas, but they’re not very popular.”

So come November 8, you have the choice of who to vote for, and who to write-in. Mat was clear: he doesn’t think he’ll win, and if people want to write him in as a sign of protest, he’s all for it. “And I actually would love to be mayor of San Francisco. And I’d be a good one. If I’m elected, I will do everything I can to end earthquakes.”

If you do write-him in, don’t forget the #votemat hashtag.

If you have not yet done so, don’t forget to register to vote before the registration deadline of October 24.