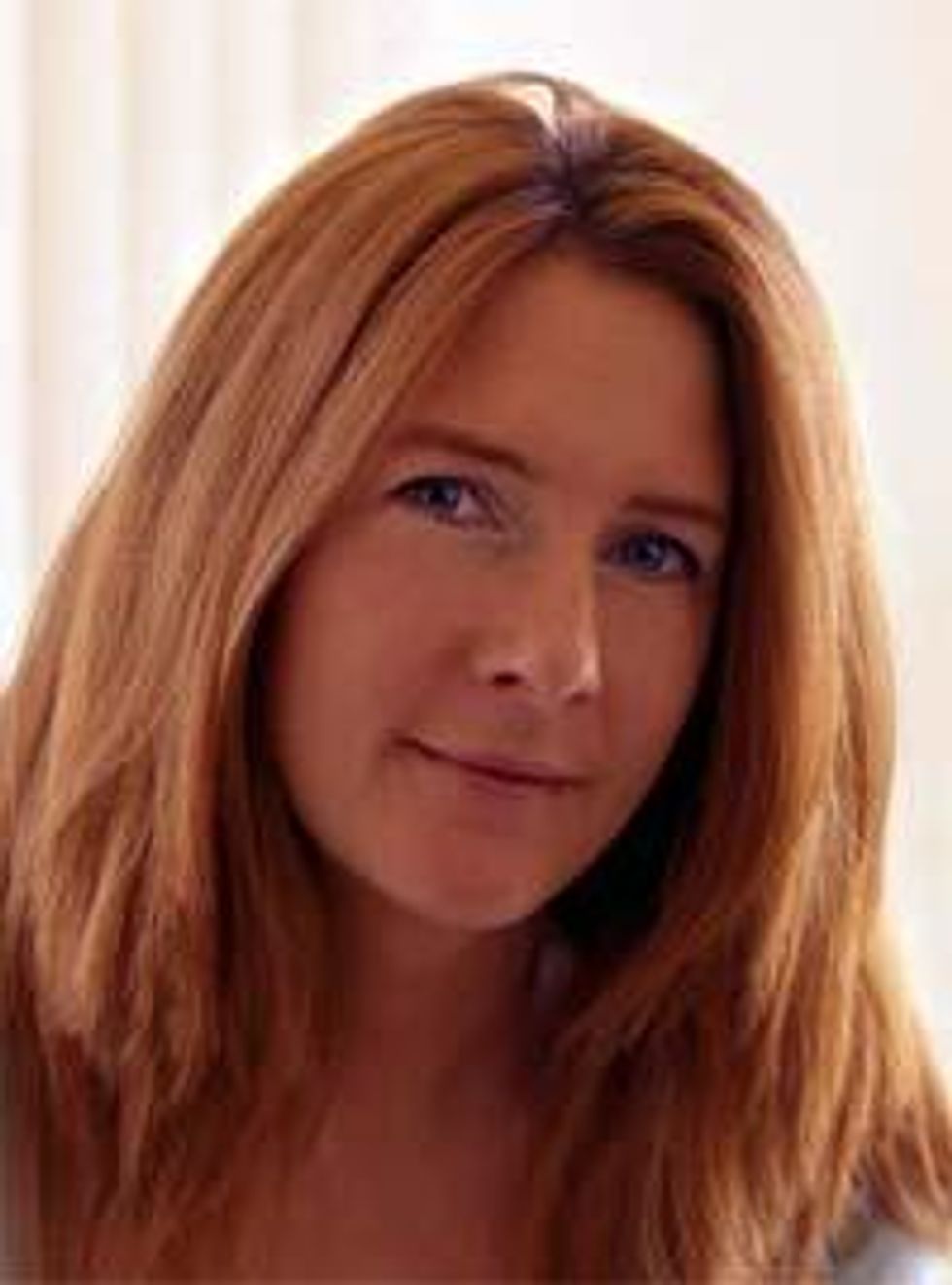 Tabitha Soren on Her MTV Days, Her New Bloomberg TV Stint and Clive Owen This Weekend

Tabitha Soren was a fixture of many a teenage past, serving as a news reporter (alongside Kurt Loder) of MTV's early-'90s golden years (golden, meaning they still played music videos). Her interview with Tupac Shakur was famously included in the 2003 documentary film Tupac: Resurrection, and at the age of 23, she was the face of 1992's Choose or Lose campaign, setting out on the presidential campaign trail to rock 20 million Gen-Xers into the vote. These days, Soren lives in Berkeley, has three children and is married to author Michael Lewis (Moneyball, The Blind Side). Since her MTV stint, she's become an accomplished photographer, exhibiting works around the country (The New Orleans Museum of Art, Southern Exposure, the Photographers Gallery in London) and most recently, at Branch Gallery in Oakland.

Soren's also gotten back in front of the camera as a reporter for Bloomberg Television's new daily technology program Bloomberg West, which is based out of Pier 3 on San Francisco's waterfront. Watch her in segments covering everything from chef Dave Arnold's kitchen gadgets to 4-D gaming. And this Sunday, she'll take the stage with Clive Owen (who's in town shooting Hemingway & Gellhorn, an HBO original movie) to interview him as part of City Arts & Lectures' spring series at the Palace of Fine Arts.

We caught up with Tabitha to talk MTV past and present, her photography and this weekend's conversation with Clive Owen.

You seem to have turned most of your attention to your photography. Can you talk about your influences and themes?

Photography is definitely my passion. Generally speaking, my work is about what people can survive and what they can't. It's about decay, how life can be reckless, and how you have to keep going. I explore how people can pick themselves up. I am continually struck by the amount of misfortune and catastrophe people can endure in a lifetime. My project Panic Beach was taken in response to the random tumultuousness of the human experience. I was knocked down quite a bit by the ocean while taking these pictures.

Where can we see your work?

I'm just taking my Branch Gallery show down. And beginning in May, I'll have a piece in an auction at Southern Exposure.

How do you like living in the Bay Area?

The microclimates and moody weather here are great for my photography. I'm not a sun worshiper and don't get excited about blue skies. I think I'm the only person who doesn't like the outdoors in Berkeley. But fitting in has never been my thing.

How is it collaborating with your husband, Michael Lewis, on editorial projects?

It's challenging. Especially for things like the post-Katrina New Orleans piece we did for The New York Times Magazine. He was constantly worried about my safety and I'm used to being able to go wherever I want to shoot whatever I want. But when we shoot baseball together, that works really well. I've gotten to know some of the Moneyball players so well. It's fascinating to me to document the emotional changes that they go through because of their baseball careers.

What do you think of the new era of MTV?

I haven't really seen much of it, to be honest with you. I stopped watching when they stopped playing music videos. I haven't even seen a Real World episode. I think it's all pretty distasteful though. I don't really understand reality TV or wanting to watch it.

How do you look back on your days at MTV?

It was a great way to spend my 20s. But every so often I come across an outfit I haven't given to Goodwill yet and I think, "What was I thinking?" I'm very fortunate that YouTube happened right after my time there.

How do you think young people's involvement with politics has changed since your Choose or Lose days?

Technology has changed everything and completely transformed the electoral landscape. Teams that are savvy end up winning—this last election was extremely moving. Young people have always been revolutionary, and technology has allowed them to do that. Now they should just work on their attention spans.

And you're now reporting for Bloomberg West?

Yeah, that's been fun. It was nice to finally get a great offer for reporting that was serious. Even though I'm happier behind the camera, this Bloomberg experience has felt very comfortable, almost like second nature.

What do you plan to ask Clive Owen about this weekend?

I've never met him before, but we have friends in common, and I've heard that he's a really smart, down-to-earth guy with interesting things to say. I think it's going to be a lively conversation. Also, he will have been in San Francisco for several weeks now with his family filming Hemingway & Gellhorn, so that'll be nice. I've also heard that he doesn't have what I refer to as a "me" shell, which is when a celebrity is all about "I, I, I" and "me, me, me." I've had my fill of people like that, with an inflated sense of their place in the world.

I'm sure. Who were your favorite interviews from your MTV days?

The R.E.M. guys were great. They always thought about the world outside themselves and were interested in making good. Tupac and I got along really well. And I had a continuing dialogue with President Clinton throughout his campaign, which was like constant verbal jiu-jitsu.

Catch Tabitha Soren in conversation with Clive Owen this Sunday, April 17 at the Palace of Fine Arts and check out photos from her new project, tentatively titled "The Dog Days Are Over," below.