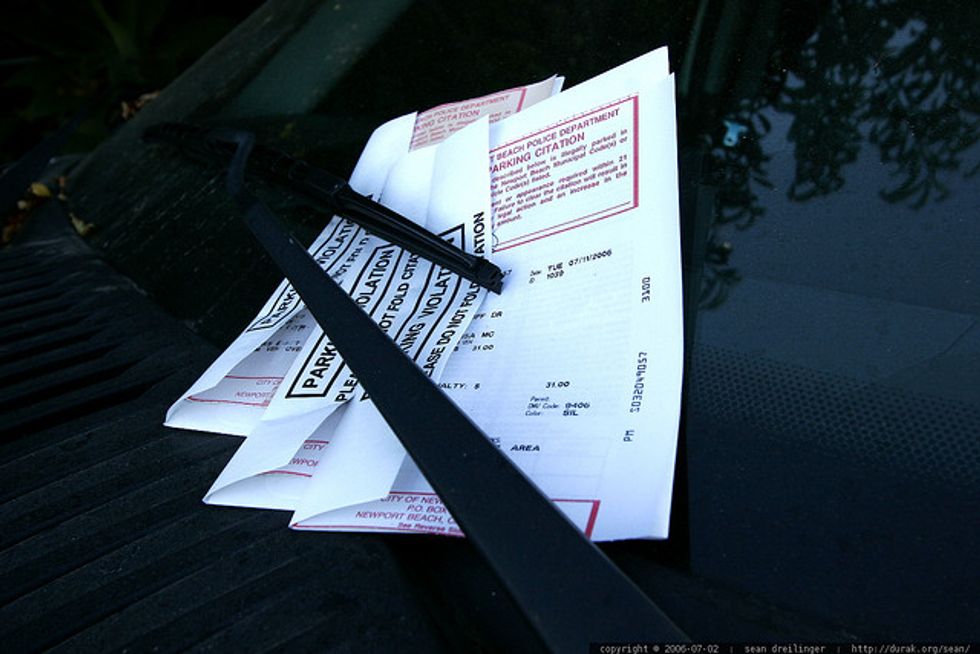 Pop quiz. Please turn off your computer, smartphone, or tablet. Eyes on your own paper.

Is the correct question:

a) What was the number of barrels of oil consumed globally per day in 2011?

b) What was the dollar amount of revenue generated from parking citations in San Francisco last year?

I asked him how many were contested, and he stated that, “77,248 citations were contested at the first level of review.” That’s about 5 percent of the total 1.5 million citations issued. Of those 77,248 challenged citations, 21,405 or about 28 percent were dismissed as being an invalid citation. 13,085 of the remaining 55,843 citations, that were upheld after the first level of contesting, went on to the second level and were heard before an administrative judge. Of those 13,085 cases heard by an administrator, about 5,000 were found to be invalid and were dismissed.

One can look at this in a couple of different ways. 26,400 mistakes. That’s a lot of mistakes. But to be fair, one must also look at the total number of times that SFMTA got it right, 1,523,118 times. A 1.76 percentage of error also means that there was a 98.24 percent rate of accuracy. In most businesses, a 98%+ accuracy rate is doing well.

What is also interesting to me is that every one of those 1.5 million tickets issued was avoidable. How is it that so many people get tickets. The number one citation handed out year after year is for street sweeping. Totally avoidable. Human error accounts for these tickets. Simply spacing out by not reading the sign in detail, or forgetting which side of the street you parked on at home. I would venture to guess that most street-sweeping citations are given out within two blocks of the vehicles’ registered addresses.

When I lived in Potrero, I often couldn’t remember if I parked on the Tuesday side of the Street, or the Wednesday side. Each week on Tuesday and Wednesday morning, when I heard the street sweeper steaming up the hill, it was a brief moment of panic…what day is it? Where did I park? So what I eventually did was simply set an alarm to go off 10 minutes before street sweeping kicked in and I checked which side I parked on.  After that, no more tickets.

Another top 5 citation handed out – for not curbing your wheels – is also completely avoidable. If you get into the habit of curbing them each and every time, whether it be a 1% grade street or a 28% grade street, you will be eternally safe from this ticket.

And remember that wherever you park, your vehicle is restricted by any sign that is posted 100 feet or less on that block, on that side of the street. But, human nature being what it is, I predict that the numbers will be about the same next year.

Theoretically though, it is possible for SFMTA to issue zero tickets per year, But statistically, it is highly improbable because humans will always be prone to making mistakes in our ordered world. But my glimpse into the future envisions most everything being automated. Automated cars driving themselves that have apps like VoicePark integrated into the navigation system, guiding every driver to the closest available legal spot in under a minute via vehicle detection sensors, payment while parked being automatically deducted from a FastTrak account, and five minutes before your car is about to be ticketed or towed, your phone’s alarm begins to shriek and cannot be turned off until you are one meter away from your car.

The predictive result of all things automated will be a huge drop in car accidents, the revenue from citations will drop dramatically, revenue from payment for parking will increase. There will be 3 or 4 million less minutes of cars being on the road each day in a city such as San Francisco causing a dramatic reduction of CO2 released into the atmosphere, and urban mobility will flow much more freely, resulting in MUNI being right on time. Good for the populace, good for the government, and good for the environment.  Everybody wins. Simple and stress free.