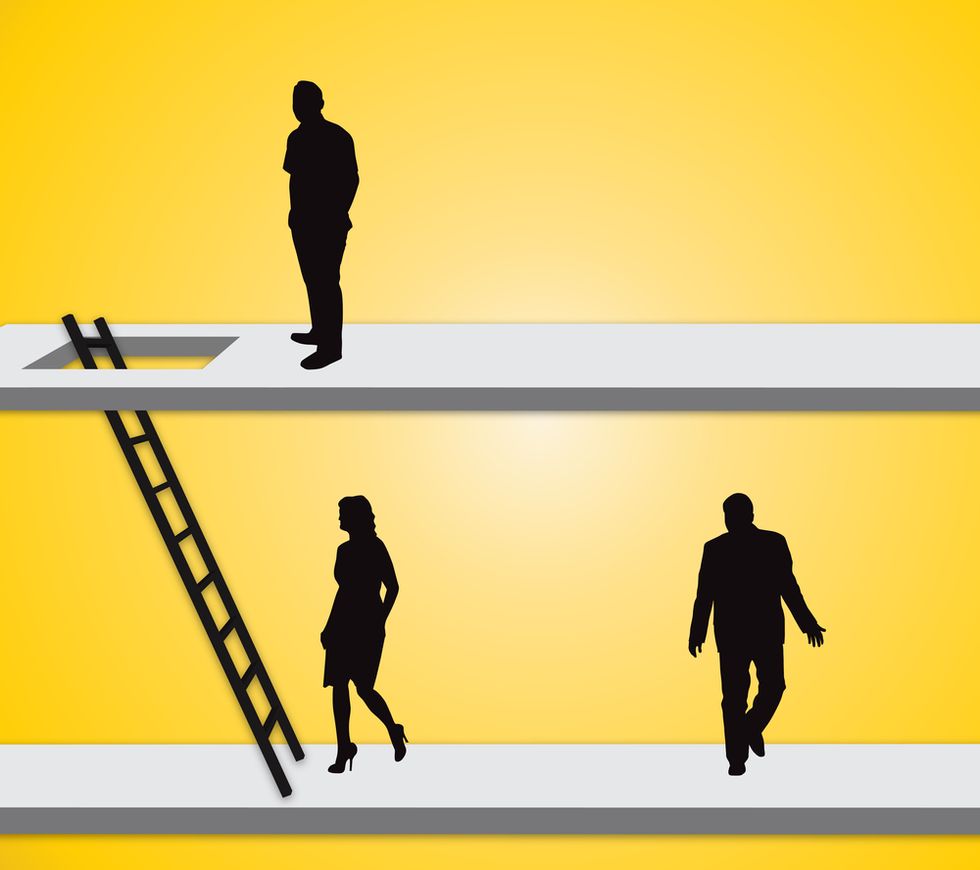 I think my wife of five years is seeing someone else. All the signs are there—late work hours, new lingerie, more time at the gym, lots of texting. The thing is, I'm not sure I care enough to upset our marriage by confronting her. I have a very full life with hobbies and friends of my own, and she still spends lots of quality time with me. Our sex has actually gotten better in recent months--which I've heard can be another sign of a new love affair. And I know for generations before us, marriages survived discreet affairs all the time. The truth is, I believe that whoever this guy is, he's temporary, and that I stand to gain more by letting the affair run its course than making my wife "choose" or feel guilty. But I realize I'm outside of conventional thinking here, and I avoid mentioning what's going on in my marriage to any of my buddies or my family for fear of their reaction. The result is that I feel like I'm the one carrying around a secret—ironic, huh? What should I do?

He Said: In your one paragraph question, I count not one but multiple assumptions as well as numerous generalizations, based on nothing more speculation that the woman you are married to is having an affair. This sort of dubious interpretation would not be acceptable in any other part of your life. Yes, in the old days marriages sometimes survived "discreet affairs." But they also imploded and ruined lives because of the dishonesty brought on by socially enforced view that multiple attractions, let alone partners, are taboo. Today, we know better. Human are polymorphous. Humans crave sexual diversity. And they also love the idea of monogamy, at least in the abstract. The only way to bridge these sometimes conflicting impulses is through careful and honest communication. So sit her down, open a bottle or wine and/or roll a joint, and start the arduous task of creating an open, honest relationship where you can stop guessing and start sharing your desires and dreams like a healthy couple should.

She Said: Well, yes, we humans do walk a double-edged sword with our competing desires for monogamy and sexual variety. But not everyone agrees that a healthy relationship requires absolute brutal honesty, either. For example, see Esther Perel’s provocative take on the role of privacy in relationships. According to her, partners should be allowed to have secrets, and those secrets could actually provide greater erotic fuel than a complete open sharing of all desires and actions. I’m not saying I totally agree with her—I think it depends on the couple. But it does seem like you are coming from a similar viewpoint, and I just want to assure you you’re not alone.

Even if you did tell your wife you suspected she was having an affair, you don’t need to necessarily make her “choose” or “feel guilty,” as you put it. You have a confident, open attitude about the whole thing, so you could very well communicate that to her instead of becoming dramatic or playing the victim. Talking to her would also give you a lot more information than just a smattering of circumstances—which I admit sound a tad suspicious, though they don’t necessarily guarantee an affair. Also, I don’t know the dynamics of your marriage, but it’s possible she actually wants you to notice. She wouldn’t be the first spouse to start up an affair in order to get her partner’s attention.

It's interesting that you feel the burden of carrying a secret with your friends and family, but not with your wife. I personally wouldn't worry too much what others think. These are the kinds of situations that invite everyone's projections and their reactions rarely have anything to do with you. But I would refrain from discussing this "affair" with others unless and until you actually speak with your wife.