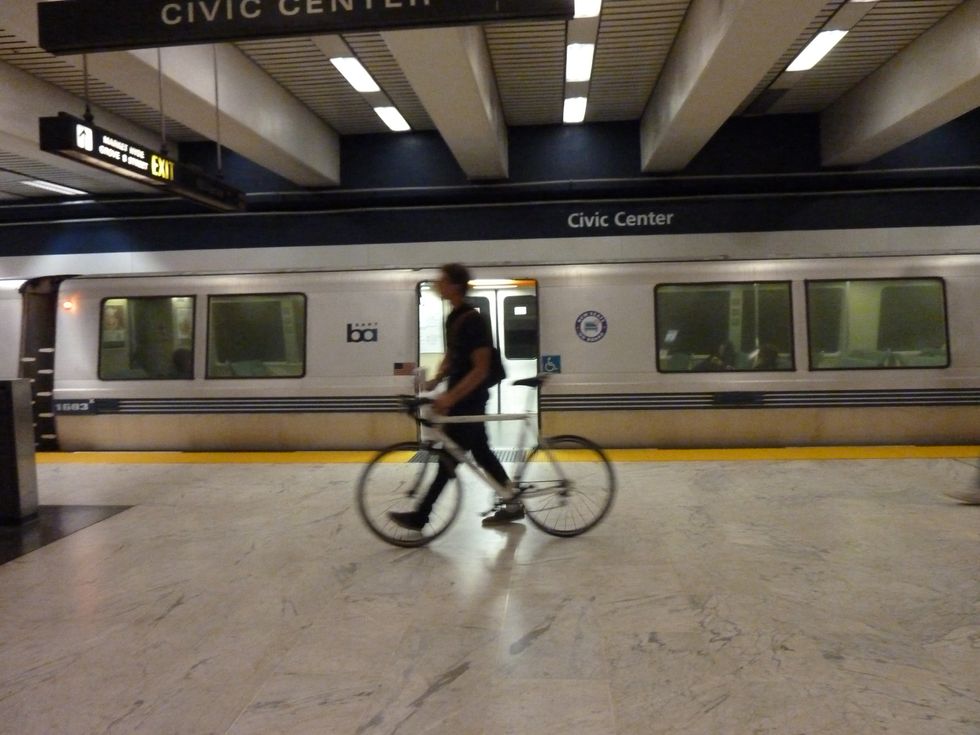 You Can Bring Your Bike on BART All Day Next Week

Guess what, bike riders? Next week you can take your bike on BART— even during the usually restricted and ominously sounding "bike blackout period." That’s right, BART’s testing a weeklong pilot to remove the commute-hour ban on bikes.

Last August, BART tested a removal of the bike ban on Fridays, which are historically low travel days. Now they’re doing it for real: with a weeklong pilot on March 18-22.

For countless people on both sides of the Bay, the commute time ban means adding hours to their commute by leaving hours before or after work, locking their bike all day at a BART station, struggling to snag a spot on the coveted crosstown bus, or driving across the water just so they can get to their job far from transit. This pilot can change all of that.

Want to take your bike onboard next week? Here’s what you need to know:

1.  If the car is full, wait for another train and do not try and wedge your bike in or out of a crowded train. It might mean waiting to get off for a stop or two, but that just adds to your fun time on bike.

2. Refrain from holding the doors open to get your bike inside as this delays the train. Let’s keep it running on time.

3. When possible, use the designated bike space. BART’s expanded their bike, luggage and stroller space on many trains, so it should be easier

4. Yield to pregnant, disabled and elderly passengers. Same as always.

5. Oh, and a big one for this pilot: Bikes are not allowed on the first THREE cars. That’s a change from the usual rule of the first one. So if you’re bike free and want to avoid two-wheeled riders, head for the front.

And remember: No bikes on the escalator, so get a nice workout carrying your bike and then ride it!

As a bike rider with more and more friends in Oakland, I’m excited about this pilot — as I know hundreds of other riders are.  Let’s make it a good one!