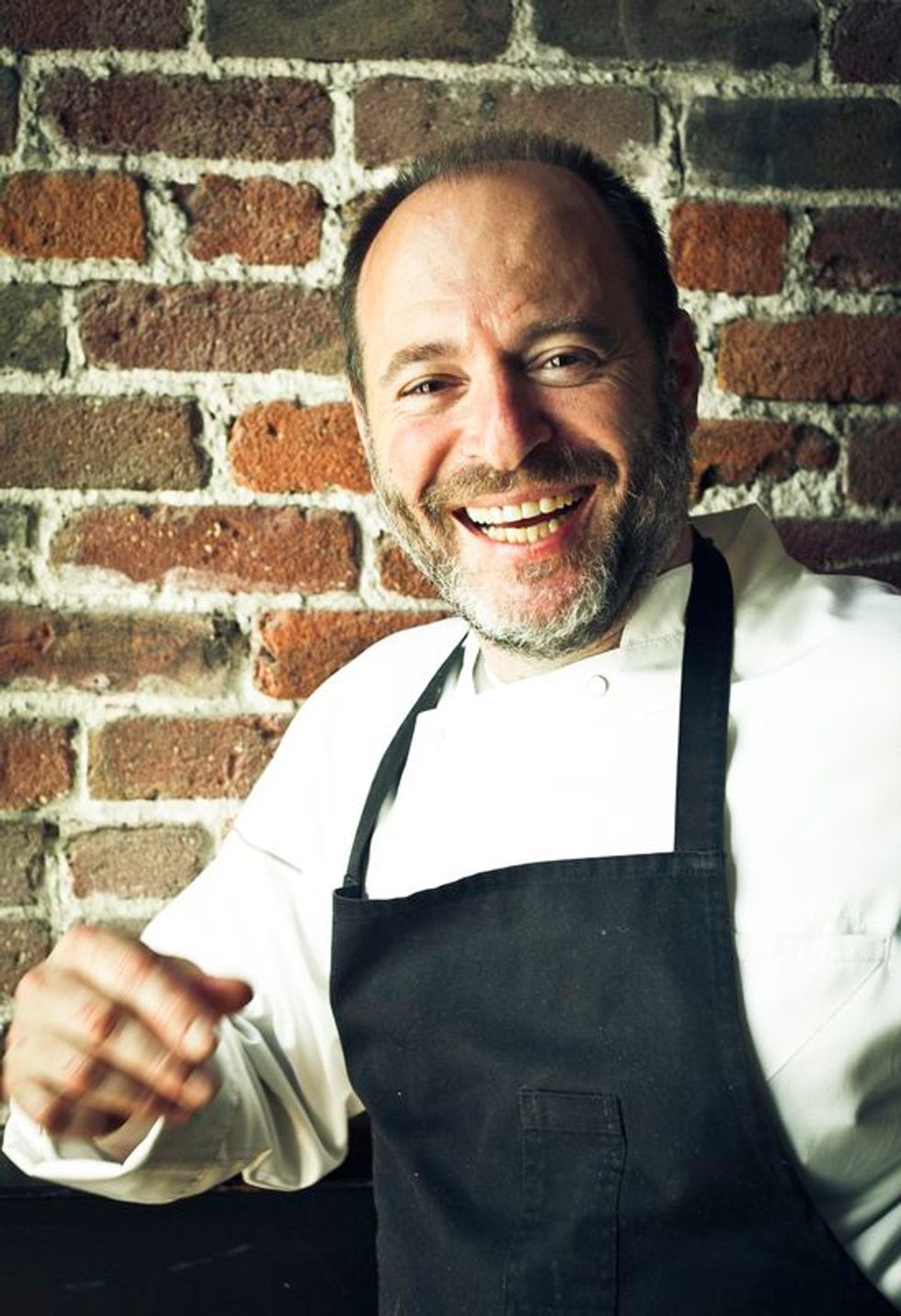 Executive chef and owner of Quince and Cotogna restaurants, Michael Tusk is marking Quince’s ten-year anniversary next week. Over the past decade, his refined and modern cuisine has earned him a Best Chef nod from James Beard, two Michelin stars, and the devotion of legions of Bay Area foodies looking for a meal to transport them to the regions of France and Italy where Tusk was schooled and inspired. Here, we talk champagne, caviar, the secret service, and English muffins.

Probably my first dinner at Guido da Costigliole in the providence of Asti, Italy, a family-run restaurant where one of the sons was in the kitchen with his mother, the other sons in the front of the house. Elegant Piedmont cuisine, light, refined, with little touches that made it very special... Although I was already in the business, it made me want to own my own restaurant and try to emulate that experience. In fact, I have a menu of theirs from 1984 that I’m gonna try to recreate someday in honor of that experience... We’re doing these ten nights of dinners from [Dec.] 1st thru the 10th for our ten-year anniversary; I’m doing a truffle dinner this Sunday—I wasn’t able to do the entire menu, but I’ll do a couple courses that pay homage, but one day I want to replicate the entire menu.

You have guests at home you want to impress. What’s the go-to meal?

I like to keep things simple at home; you never want to stretch yourself too much because you’re not able to spend time with your guests, which is what you’re ultimately trying to do. So, champagne, caviar. If I have to cook—no matter how I try to get away from it—people like to watch you cook, so some kind of pasta, or risotto, or classic dishes like a roast chicken. Definitely emphasis on keeping it relaxed.

On the Cotogna side, the agnolotti and the raviolo, because they’ve been on the menu for close to ten years now, so they’ve stood the test of time. For Quince, there was a dish we did recently for Cecilia Chang for a benefit, tortelli with a mousse of potato, served with smoked sturgeon, it shows what we’re trying to do on that side, a little more refined and elegant… and shows the changes in the ten years, how you change as a chef and a person and evolve.

What’s the best dining experience to be had in the Bay Area, other than here?

When I’m in Europe or traveling there’s something about having a long lunch that you don’t really find in the Bay Area, but I like getting in my car; going south I’d go to Manresa, and if I went North, I prefer going to the French Laundry at lunchtime, it’s a different experience than at nighttime. In the city, I really like what State Bird is doing. I like what Saison does; I like what a lot of places are doing.

Without divulging the name, there was somebody visiting from a government and they had a caravan, the block was kind of shut down which I wasn’t expecting—I’ve cooked for Obama when he was here, and this was more intense. The secret service people from this government came in and we prepared the food, and then it was basically swept into a plastic bag for labeling purposes and tasted by some of the secret service from that country—all while our standard service was going on… One of the gentlemen grabbed the serrated knife out of my hand to cut the bread and then cut himself. The whole restaurant was turned upside down in a way that I’ll never forget. Then they left and it was all back to normal. I don’t think the guests really noticed – outside they saw the caravan and the lights, but inside I don’t think they knew. Not something I look forward to ever doing again.

You killed your sommelier and are on death row. What’s your last meal?

Does it include beverages?

Of course! It’s a liberal prison.

I like the simplicity of champagne and caviar; I can definitely sit down and just annihilate caviar. Or, I’m a big fan of porcini mushrooms; I could go for something with porcinis. I’d have a bottle of Barolo or Barbaresco or something from Burgundy too. But now that I think about it, without sounding too---with truffle season coming up—a straight egg noodle with an alpine butter and shaved truffles. And a simple plate of grilled langoustines with lemon and olive oil and nice sea salt. There’s some choices!

One ingredient you can’t live without?

Olive oil. I’ll be decisive on that one!

I’m a sucker for Paris; there’s other cities that I love, but… I love the diversity and I love visiting. And of course there’s San Francisco, but I bet everybody says that.

That they do! Fill in the blank. People might be surprised to see me eating ___.

It’s not too surprising being from New Jersey that I’m a pretty big sandwich guy. And I’m a fan of the English muffin. Can’t get enough of the crannies.

Oh, nobody can say it’s overrated. That was the easiest one.

Know a chef who's ready for their 15 Minutes? Tweet @Shannon_BKelley