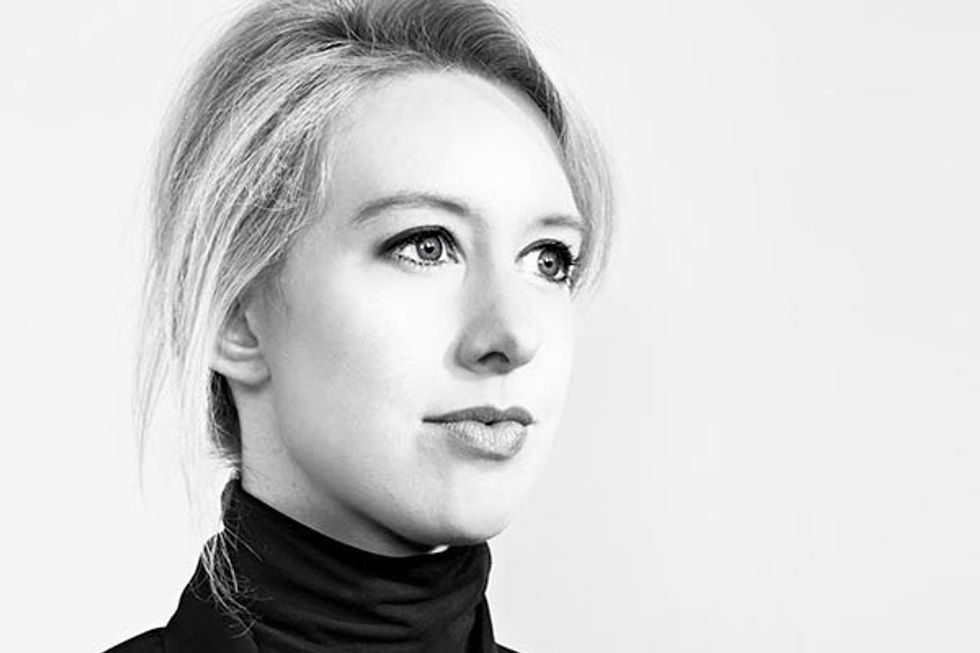 If you haven’t already, you’ll soon be feeling Elizabeth Holmes’ mark on the world, but it won’t be a painful jab from a syringe. She’s afraid of needles, odd since her business depends upon drawing blood. At Theranos, her Palo Alto–based consumer healthcare technology company—which she founded at age 19—Holmes is revolutionizing how people interact with blood draws.

From a miniscule sample taken via a finger cap, Theranos’ proprietary analysis technology can return results quickly (in hours instead of days) and at a cost guaranteed to come in at half of or less than what Medicare would charge a patient. It’s all about speed, information, cost, and how we interact with our own healthcare. Amazingly, that Lilliputian blood sample, stored in a half-inch vial at cooler-than-usual temperatures, can be used for repeated tests. Multiple visits to the doctor for follow-up tests will no longer be routine.

“The tiny sample changes the whole experience because, all of a sudden, this becomes an easy process,” says Holmes. “It’s the first step in getting information about your body, which can help you make choices to live a better life.”

The company, whose board of directors includes several heavy hitters on the global stage—among them two former secretaries of state, George Schultz and Henry Kissinger—is expanding rapidly. Theranos centers are being placed in Walgreens across the U.S.—this means a lab will likely soon be within five miles of your home. Says Holmes, “We are getting all these emails and letters from people who have begun to use us as their lab, and they talk about how it was ‘so much fun.’ That is a fabulous thing!”

DL: Who would you nominate for the Hot 20 list?

EH: I think there’s so many people at Stanford and professors at Stanford who are just doing such an incredible job inspiring young people to be able to go into the world and give their gift.  I’ve always been very moved by that.  I think one of the things that I spend a lot of time thinking about is often in companies there is one person at the head of it who gets a lot of focus, but there’s so many amazing people on these teams who are changing the world in what they’re doing and it’s hard to pick out one person and say this is the one.