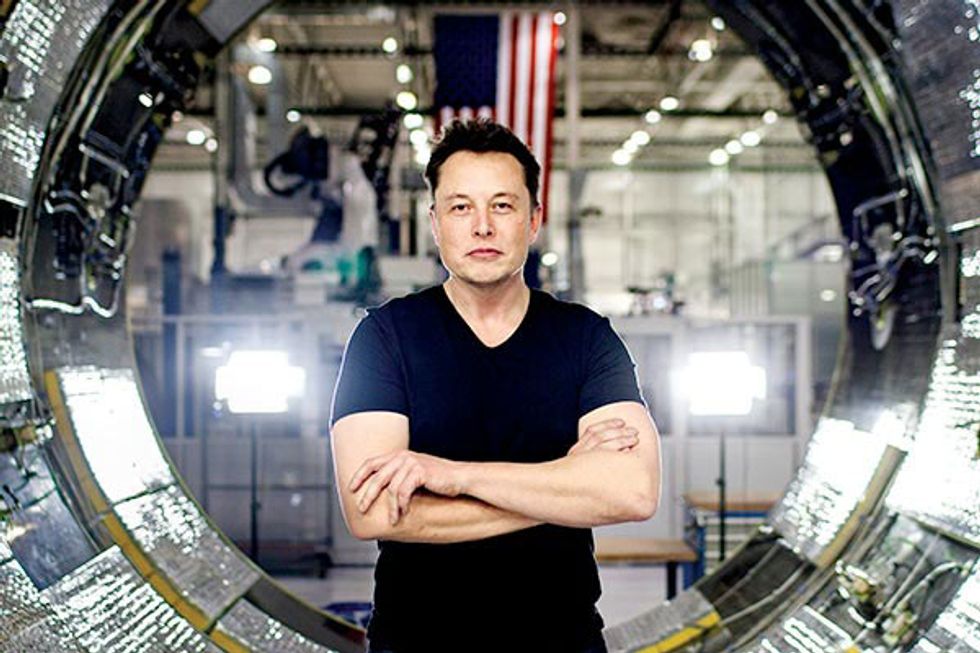 Genius billionaire and philanthropist Elon Musk is everything we love about groundbreaking entrepreneurship, bottled into one fearlessly ambitious, future-building tech head. In an industry obsessed with scalable impact and attainable traction, the South African–born entrepreneur—who, like a Silicon Valley whiz kid, taught himself how to code at the sapling age of 10—dreams up seemingly impossible ventures and then doggedly pursues them until they're a reality. To wit, Musk cofounded the online payment processor PayPal in an era skeptical of the Internet; is CEO of a successful electric car company, Tesla Motors, when many still cling to their gas guzzlers; and is CEO of a commercial spaceflight company, SpaceX, in an age in which government budgets for space exploration are being slashed. He makes headlines repeatedly, most recently for his bold move to share Tesla's patented technologies with the open-source crowd in order to spur innovation. Musk is notorious for his 100-plus-hour work weeks, but if the sparks are flying, why would he hit the off button? Those sparks have already taken him to infinity, and beyond.

Each October, we're presented with the biggest quandary of the year: Narrowing down the Bay Area's abundance of stellar luminaries to an exclusive selection of trailblazers for our annual Hot 20 list. After weeks of review and all-out debate among our editors, this year's round-up comprises the most energizing influencers of our time. You'll meet a pioneer of electric cars, a branding prophet, a major league all-star, and a Stanford dropout-turned-biotech virtuoso. Best of all, there's more awesomeness where these came from. See them all here.