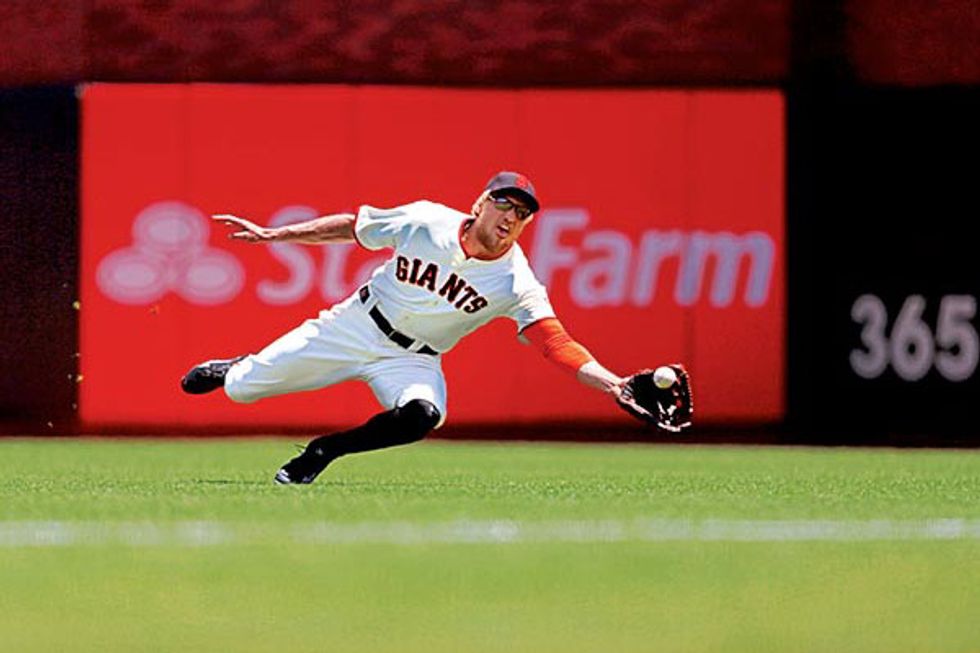 Has it been only two years since Hunter Pence joined the San Francisco Giants? It’s hard to believe that the power hitter was playing for the Phillies in 2012. In just two seasons, he’s not only turned into one of the team’s top performers, he’s also become one of its most recognizable members—that stance in the batter’s box, those glaring eyes. Even news of his stolen scooter, swiped from AT&T Park during a game, garnered national attention.

Pence made a name for himself after giving the Giants a now-famous speech during the 2012 Division Series. Down 0–2 against the Cincinnati Reds in Game 3, he delivered a sermon that helped propel the team to another World Series win. And in 2014, a season rife with injuries, Pence has proven to be the most reliable player, bringing in run after run after run.

Though still a comparative newbie to the city, Pence’s love of kale (he started a cruciferous salad trend among the Giants) makes him a perfect fit for SF.