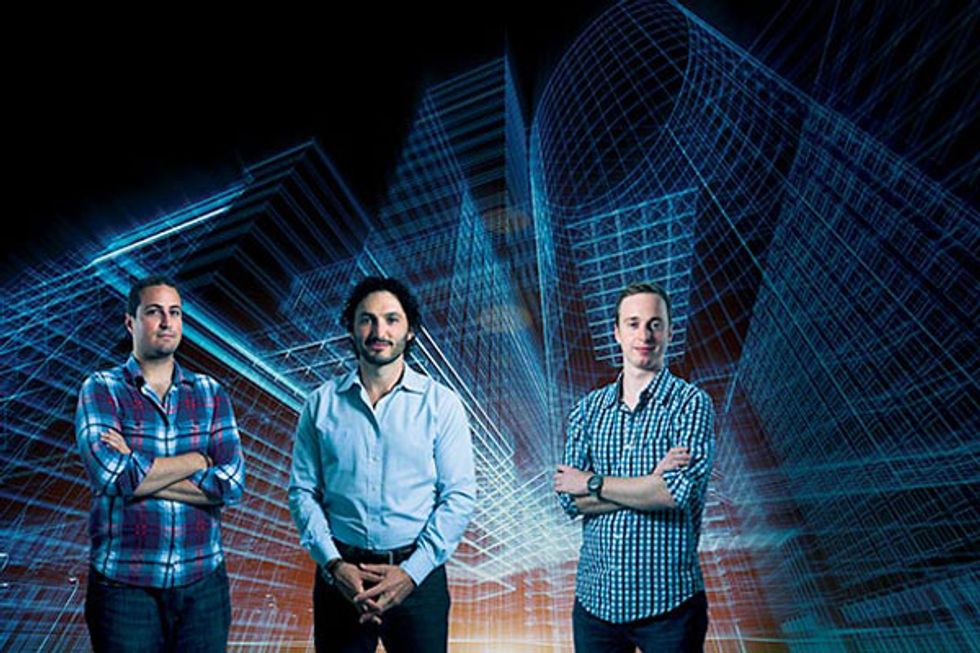 The blinking. There’s so much blinking from Nate Levine, the young cofounder of Mountain View–based OpenGov, as though he hasn’t slept in days. “Sleep isn’t really important right now.” He fidgets, shifting quickly on the couch in the technology department’s lounge, occasionally lunging at a plastic bottle on the table between us, sucking water back so hard, the bottle crunches. OpenGov, which opened two-and-a-half years ago, has suddenly started to grow—rapidly.

It began as a research project at Stanford that grew out of a dinner conversation between Joe Lonsdale (cofounder of big data analysis company Palantir) and Levine during his freshman year. The question: What does government need to get it through this budget crisis?

Levine, with three other students, began looking into California’s budget, paying several visits to Sacramento, armed with questions. They discovered that many legislators didn’t have access to specific budgetary details, and what information they could get was held in a largely antiquated system. “They had a software problem, namely that it was nearly 40 years old. We discovered that governments as a whole are uniformly underserved by technology,” says Levine. He adds, “Silicon Valley typically doesn’t pay attention to local or state issues. It’s always trying to build on a global scale.”

With Lonsdale’s backing, he started the nonprofit California Common Sense (CACS). The mission: to review issues of government transparency, fragmentation, and redundancy in search of a technological solution. As the group began gathering data, they saw opportunity to build a for-profit business, designing easy-to-use software that would reveal previously hidden budget data. Eventually, OpenGov was formed. “I like names that tell you exactly what a company does,” says Levine.

To build beautiful “transparency software” from the ground up, he plucked Mike Rosengarten (CTO), a self-described design fanatic, from Yahoo!’s advertising department. For CEO, he tapped Zac Bookman, whose degrees in law and public administration from Yale and Harvard—not to mention stints on two different task forces studying corruption and government transparency—make him an expert in the category.

“I took a pay cut to join this team because I got to make something that is actually useful and serves a purpose,” says Rosengarten. That purpose? To store budgetary data for local and state governments and present it in a way that’s simple to understand. In just over two years, the trio has signed up more than 150 municipalities in 28 states, including Palo Alto, Atherton, Sausalito, Santa Cruz, and Los Angeles.

“We are creating a service to allow one city government to compare its spending with another’s and make data-driven decisions instead of simply political ones,” adds Bookman. “We help keep the electorate informed with great, digestible visuals. We make the charts that help people go, ‘Oh, I get it now.’"

DL: Who would you recommend to the Hot 20?

NL: Eliot Swart, he’s a friend of mine who got this idea for a smart dermascope. It takes 3D images of skin and uploads them for diagnosis by doctors. He founded a company called 3Derm Systems.

DL: What do you do when you’re not working?

NL: I play flamenco guitar. There’s actually a big flamenco scene in the Bay Area. I hike a lot, and try to hit a different mountain each weekend. And I used to do rifle-shooting competitions; I’d like to get back into that when I get the time.

ZB: I like to get outdoors as much as possible. I hike and climb mountains with my dad and brother.

MR: The beach. There’s nothing liking sleeping on a beach to relax.