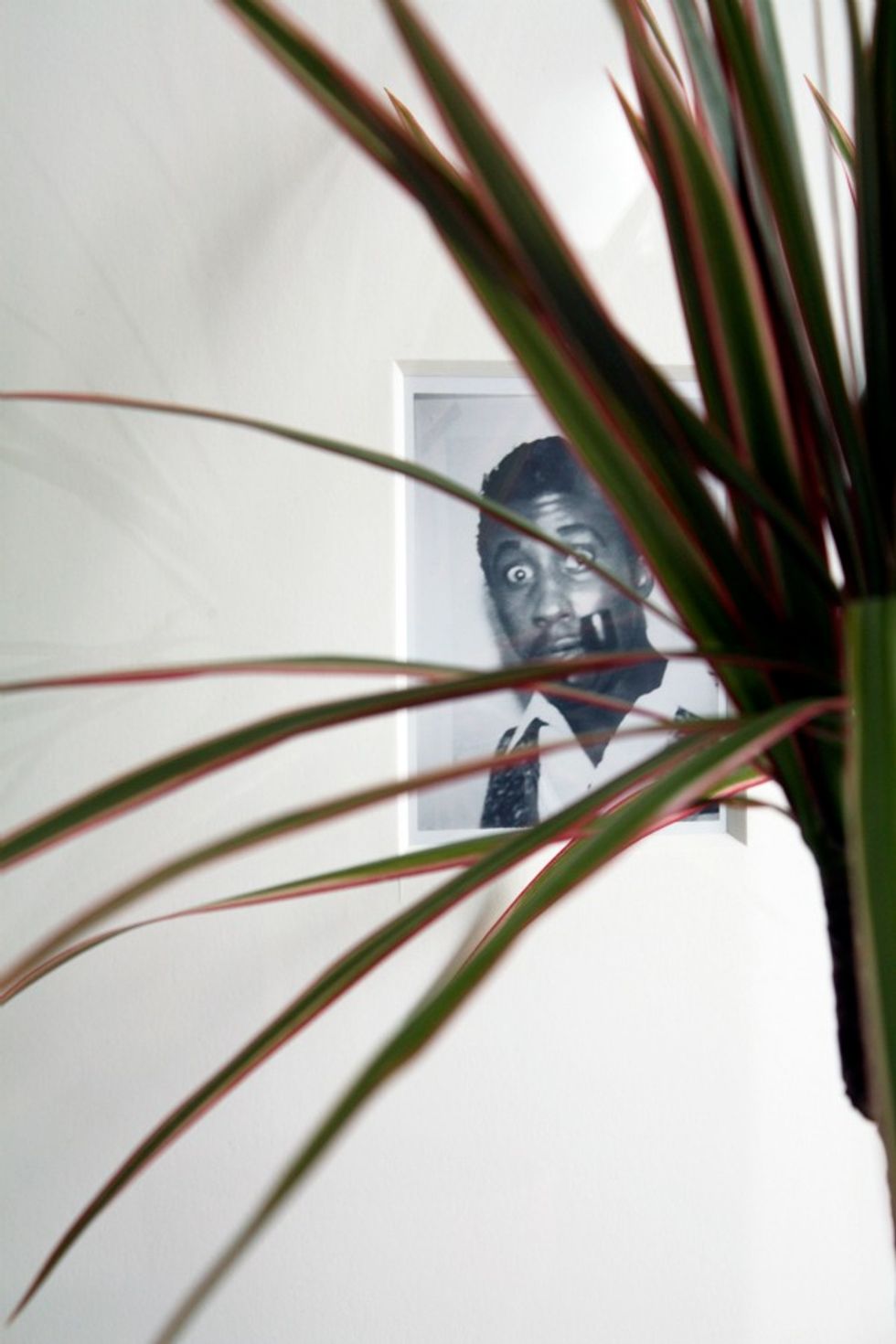 Think about the everyday objects in your living space – your sofa, lamp, the fichus hanging on for dear life. Now, think about them literally. Is there any other way? Working out of his apartment, San Francisco artist Joshua Pieper pursues this question, mining the home’s “perfectly ordinary” things for their capacities to prove odd, humorous, and potentially even “original.”

Take, for example, Video Stereo, on view at the exhibition. Here, the artist captures his living room stereo on video from 5 angles, divides the footage between 5 monitors and then conjoins them, reconstituting the object as both a sculpture and the star subject of a quaint documentary. Also at the exhibition, Pieper’s Dead and Alive photographs capture portraits of deceased personal influences, partially obscured by houseplants. The fronds have probably never looked so alive as before these two dimensional remembrances, nor so absurd.

For its inaugural exhibition, the new Altar Space in SOMA is pulling out the stops. Media abound, as nine artists contribute work ranging from painting, to live performance, to sound, to electrostatics (unless our junior high physics is failing us, this is the phenomenon that makes a charged balloon stick to your sweater). This is naming only some.

Seventh grade balloon demonstrations notwithstanding, this kickoff show promises to be anything but static. Quite the opposite, the diverse artists involved each take up the phenomenon of change itself. The works investigate processes of transformation in social, physical, and metaphysical spheres, keeping an eye to the energies that drive them.

The first of three literature-inspired exhibitions at Krowswork, Illuminations nods to Arthur Rimbaud’s famed collection of poetry by that name. In video, installation and photographs, the three featured artists each explore light and darkness, tapping all the metaphorical baggage contained in that primal and artistically fruitful division.

Also on a more literal level, the artists approach a remarkably similar subject matter: all three explore a space/place left behind by a recently deceased loved one. From the sun-punctured metropolis of New York City’s upper west side, to the flickering hallway of a dilapidated Ohio Victorian, to a South Texas motel room cast in television glow, the works produce a visual poetry that promises to be as affirming as it is candid.

The bargain store – a land of promises as simple as they are seriously taken: great buys, huge savings, money back guarantees. The terrain is so deeply engrained in the American collective consciousness, its symbols, terminology and rituals easily pass for the norm without provoking a second thought.

Fortunately, we have artists like Clare Szydlowski to remind us just how odd and unique these places really are. Through a repetitive display in cut paper and screen printing, the artist effectively recreates bargain store aisles within the decontextualizing space of the gallery, prompting the viewer to consider what promises are made there, and whether they are so simple, after all.