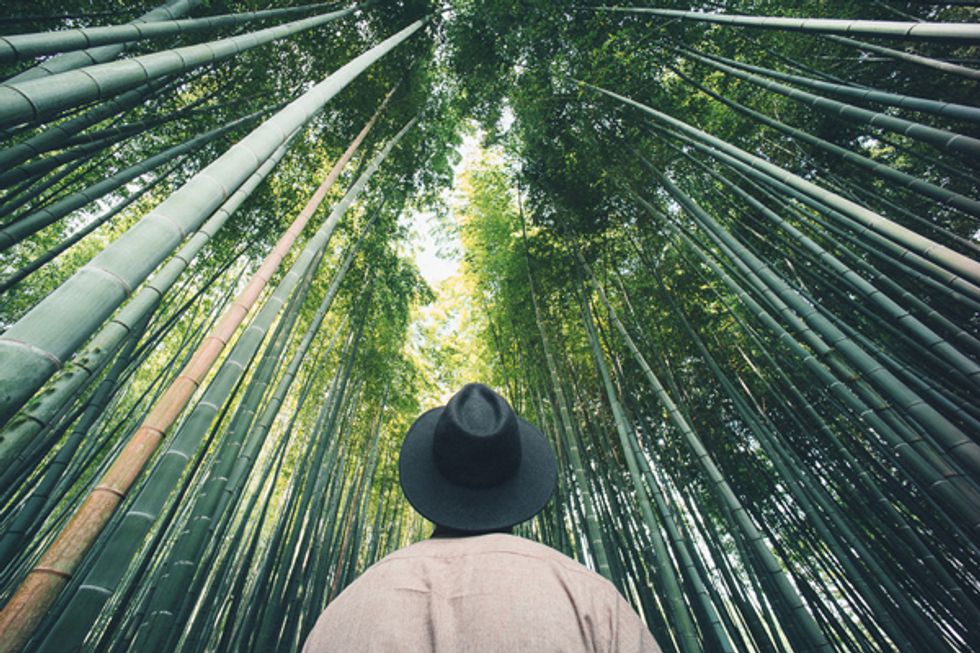 5 More Local Photographers You Should Be Following on Instagram

Becoming a successful Instagrammer is the ultimate dream. Meet five Bay Area photographers who have quit their day jobs, traveled the world, and grown their careers through Instagram.

Pei Ketron is the poster child for successful Instagrammers everywhere. An “avid and even overzealous" user, Ketron has used the social media platform since its debut to promote her serious work (she had already been a photographer for 10 years at the time), network, and add to her portfolio.

Ketron took the “long and windy road" to becoming a full-time photographer. She started out shooting mostly weddings, portraits, and events, before realizing that these were not what she wanted to build her career on. Her photography career bounded to the forefront in 2012 as brands began to realize the reach of Instagram; and slowly she started receiving offers to work and travel as a photographer and social media influencer.

Since her transition, Ketron has amassed an impressive portfolio with clients including Adobe, American Express, Apple, All Nippon Airways, and Bloomingdales.

“To this day, I fight hard to maintain the title of photographer first and foremost because that's what I am at my core," she said.

On the exact opposite end of the spectrum is Nicholas La, who initially maintained a strong distaste for Instagram. When La first began shooting, he used photography to counter the multiple losses he had experience growing up in Oakland, where losing a friend to gang violence or poor life choices was a common occurrence. He picked up his first DSLR after his grandmother passed away, and went on to teach photography to 300 elementary students in Oakland, and then raised money to teach students in the favelas of Brazil.

Initially, La used Instagram much like the rest of us, posting photos of food, outings with friends and family, and to sell sneakers. It wasn't until two years in that he realized he was able to use it as a platform to showcase his photography, find work, and get his name out.

Becoming a freelance photographer was “one of the hardest and most rewarding choices" La has made in his life. At the time, he was teaching photography and going to school full time, which left him with very little time to shoot. With support from friends and family, he decided to work a final year at his job, use half of his checks for bills and saved the rest to cover bills for the following year so he could switch to photography full time. Now, one year later, he works when he wants to, shoots when he wants to, and travels as much as he can with clients such as the Golden State Warriors, Jaguar, Land Rover, Coach, and now Leica.

La emphasizes that being a full time photographer means impeccable time management. "Be as productive or proactive as possible. Don't wait for projects to be handed to you, go out and find it or make it yourself."

After ruminating over becoming a full time photographer for a few months without any real plans, Simone Anne strolled into work one day, gave her three weeks notice and then booked a three-month trip to Africa and Europe. She spent five months out of the country that year, and traveling has continued to play a major role in her work.

For Simoe, Instagram made the difference between photography being a serious hobby and a career. The app has connected her with clients who really appreciate her unique aesthetic. “The clients who come to me these days are ones for whom my way of seeing and approaching the world resonates," she says. They “are kind, funny, open humans who love travel, the outdoors, their families and dogs, and trying things just for the heck of trying things. I am so happy that Instagram has helped foster a world in which my clients become my friends."

The platform was also an opportunity for her to jump into adventure and backcountry photography for clients. She would not have been able to connect with brands such as Mountain Hardwear and Outside Magazine otherwise. Since going full time in 2014, her work has also been seen in US Weekly, Sunset Magazine, Dropbox, Design*Sponge, Stocksy, and Torani. However, she is most proud of seeing her work in client homes.

The key to strong imagery, Anne explains, is work. “Get outside and explore wild places, make friends with people you find interesting, visit new and inspiring places. Live a life that makes you feel alive and keep a camera in your hand and your photography will improve."

Robby Durler started out shooting film of his high school friends skateboarding through Healdsburg, “experimenting and teaching [himself] some basics." At A Academy of Art, Durler began shooting clubs and music festivals in his free time and posting quick iPhone shots to Instagram throughout the day. As Instagram grew in popularity, so did Durler's body of work.

Taking on photography full time meant making some serious decisions. While attending AAU, Durler was also working for a fashion startup, leaving little time to shoot. “I felt like I would start missing out on opportunities to travel and work for companies I admired if I stayed in school and at my job, so I left both and took the leap into the freelance world."

Since then he's had the chance to work with Adidas, Corona, Highsnobiety x Braun, Kith, Publish Brand, Dealers NY, Complex Magazine's GreenLabel at SxSW. He has also assisted on projects for Dodge Ram, Chrysler, Alfa Romeo, Ford Canada, and Nike.

Despite the necessity to push hard to make contact with brands, Durler underlines the importance of maintaining joy in your work. “Just to remember to always have fun with it, things shouldn't get too stressful otherwise you start to dislike what you once had a passion for. Inspiration is always a huge part of the process too and there are times when you just aren't inspired, but you can't let that beat you down or make you quit."

Sam Graves began shooting with an iPhone 4s in 2012, documenting his life on Instagram. Graves shared photos of his day-to-day with his then very small social network, but it didn't take long before he found himself exploring several times a week for the sole purpose of capturing his surroundings. After a year of casually taking pictures of nature and landscapes to post to Instagram, he decided to switch to a DSLR and set a goal for himself to post to various social platforms daily. “It was a personal creative pursuit that I did not know would turn into a career path."

While his creative endeavors were taking off, he held a job as a barista, which allowed him to have time in the afternoon to shoot and explore, until the amount of job requests he received on Instagram made it impossible for him to keep his day job. A little over two years later, he receives regular requests from brands including Wells Fargo, Lyft, The Linq Hotel, Sandisk, Chevrolet, Budweiser and Absolut Vodka.

The toughest thing about being a pro photographer, Graves explains, is the “hustle" it requires to make a living. "Though it may not always be fun or entirely creatively focused, every day looks different. There are weeks at a time that I'm on the road, traveling to state parks or beautiful destinations for the purpose of capturing them through my lens."