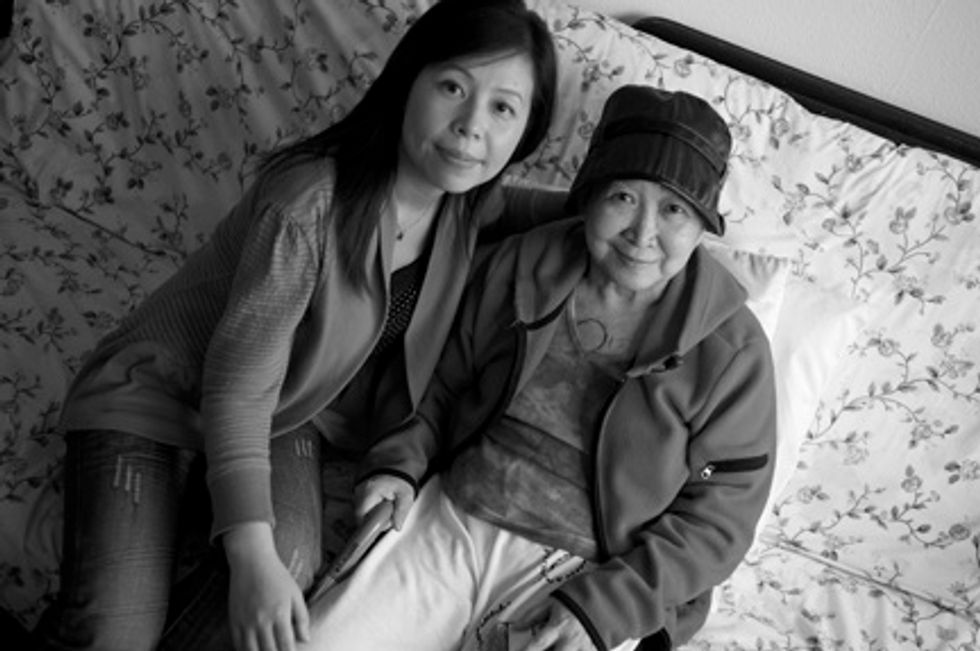 A few weeks ago, we asked you to nominate your favorite local charities. Check out the seven you chose as your favorite in the city here, who will each be receiving a $700 gift from us.  We've also been profiling each of these on our website. Don't forget to vote for your favorite to be featured as a "Charity You Love" in our February issue!

Shanti Project extends a hand to the most vulnerable people in our society. Started by Dr. Charlie Garfield in 1974, Shanti was the first organization in the country to work directly with AIDS patients, and has become an international model for similar work in 600 organizations. They facilitated the first-ever international training on how to work with people with AIDS at the request of the French, British and Belgian governments in 1982. We talked with Executive Director Kaushik Roy about the trailblazing ways Shanti's staff and 250 volunteers help those in need every day.

How did you get involved?
When I was in college at Cal in the late 90s, I heard a public service announcement on late night radio about this place called the Shanti Project. It was talking about volunteering and working one on one with a person who had AIDS and giving them emotional and practical support because there may not have been anyone else in their life who could do that for them. I was just so struck by that message. The first thing I did was call up Shanti to volunteer. I showed up and was just totally blown away by the experience. I saw that Shanti had some of the most dedicated, passionate people. They were doing such incredible work, and doing work for people who not only had medical challenges, but they really were all alone.

What makes Shanti so special in San Francisco's history?

It's one of SF’s legacy non profits. We’re the first community-based AIDS organization in the country. We actually started working with people who had terminal cancer at the cancer ward at UCSF. This is before hospice, and our founder realized that he could not support all the patients there, so he got this idea of trying to find volunteers and give them training and matching them one on one with patients. It’s really the difference between 0 and 1. It’s so important because many of them went from having no one to having just one person. They had the doctors and nurses doing the medical work but no one to witness their life story.

In the 1970s, people started talking about this mysterious cancer that no one knew anything about, and then it was officially declared as the AIDS epidemic in 1981, and SF was one of the first epicenters of the disease. Because we were already working with terminally ill people, we led the national and international responses as well. In fact in 1987 when President Reagan gave the first presidential address on AIDS, he thanked Shanti by name for taking charge. When I meet with community leaders and politicians, they always say  San Francisco would not be what it is today if it wasn't for Shanti Project.

Why do people come to Shanti and why are they so isolated?
Well over 90% of our clients are underserved. That means that they’re twice below the poverty line, and they don’t have insurance. They come to Shanti because often, in some ways they don’t have anywhere else to go. They are in a more acute situation and they need to make sure they get access to the medical treatment they need and the social services they’re eligible for. As well as the emotional and practical support. Someone who's going through chemo for breast cancer might not be able to lift grocery bags, for example. So our volunteers are there to listen to their clients and acknowledge what they’re going through but also to help out in any way they can, like picking up medications or going to grocery stores.

We have a lot of support groups because our clients don’t have those kinds of social opportunities. A lot fof them don’t speak English, so our volunteers go to their appointments with them to translate and advocate. Then we have the health and wellness program which is great because at one time Shanti was always associated with dying, and dying well. And now we’re helping people to live well, which is the greatest 180 degree turn you can have. And so the L.I.F.E. (Learning Immune Function Enhancement) program centers on holistic mind-body type of an approach to medicine. So we go from providing companionship and compassion to people who are at the end of life, all the way to the L.I.F.E. program which is more about long term survival and wellness. About ten years ago, the city came to us to start doing the same care for people with breast cancer because there's such a high incidence rate of breast cancer and underserved women here who have barriers to treatment.

What happens when they find an AIDS cure?
Well that’s the day we’ve all won. In an ideal world, you don’t need places like Shanti, right? That doesn’t necessarily mean that our services won't be here for people with HIV, because we still need to make sure that people can get access to the treatments or cures. But I think Shanti’s mission is larger than that. As long as there are people who are sick and have no resources and who are alone, there will be places like Shanti. The focus will definitely change, but unfortunately I think those days are well down the road.

To vote for Shanti Project as one of your seven favorite charities, click here.