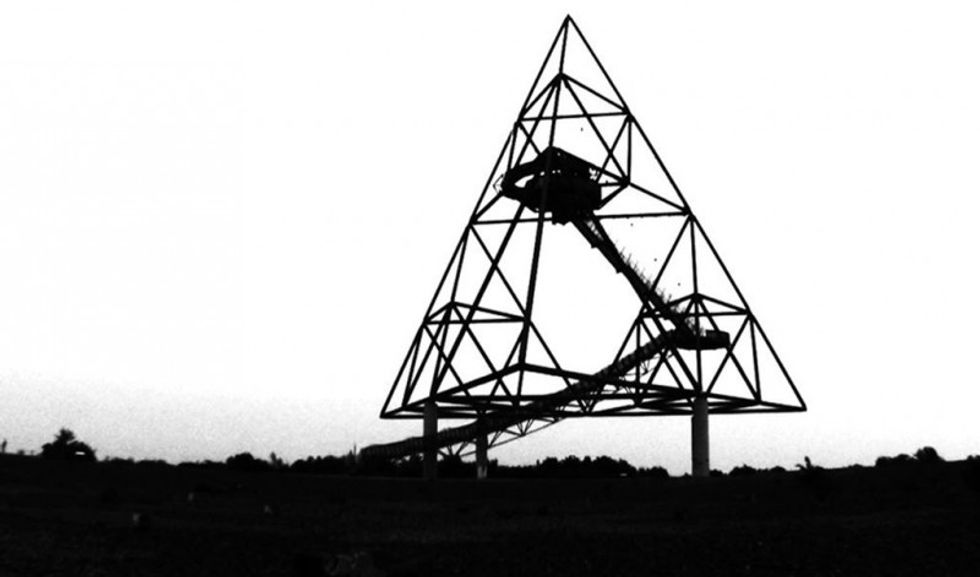 Crossroads, one of longstanding film non-profit SF Cinematheque's big events, takes over the Victoria Theatre this weekend to present 52 experimental short films, including three live performance pieces, separated into eight programs. What's that? You don't like experimental film? Well sha… go ahead and skip down to the end of the article, there are other films playing in town.

However, if you're in the mood to indulge in some of the deeper waters that contemporary film has to offer (and you should be), there is an embarrassment of riches playing this weekend at SF's oldest theater. There is an argument that truly meaningful art gives a special type of enjoyment--the pleasure of seeing something unspeakable--so rather than over-speak, I've selected sevenshorts that I'm anticipating from this weekend's offerings, including their program at the bottom of the note. See you on the other side!

Described by the program guide as "a geologic horror film," and promising to be a bit like a Natural History museum exhibit gone bats, Crusts had me rapt with the promise of stroboscopic crystal vision. Program 6: ...for there our captors demanded songs of joy, Sunday, May 20 at 3 pm.

You can watch the entirety of Jesse Maclean's ominous, and at times whimsical Remote online in the comfort of your own home, coffee shop or cubicle, but why would you want to? Even on my 13" screen the cinematic scope of this droney meditation shines through. Program 1: There is a presence lingering…, Friday, May 18 at 7 pm.

The directing team behind the controversial Holocaust doc Lessons of the Blood, which screened at SFIAAFF a few years back, document massive man-made structures as strange symbols flash on-screen in imitation tintype and ominous titles allude to end times. The alien-obsessed everywhere will rejoice, or gather supplies. Program 4: Contemplation is a monstrous task…, Saturday, May 19 at 4:30 pm.

We're given precious little of Anja Dornieden's Awe Shocks in the preview, but what is present is portentous. Plus they named the program after it, so it must be good, right? Program 2: Awe Shocks: Illusion Reigns, Friday, May 18 at 9:30 pm.

5. Bernd Lützeler: The Voice of God

Vivid high-speed photography of Bombay yields to the booming voice of God. Any excuse to travel! Program 8: Voices for New Atlantis, Sunday, May 20 at 7:30 pm.

As the stage darkens on one of Gerritt Wittmer's performances you can hear someone in the aghast crowd mutter: "that was intense" behind the camera taping. From rumblings about his performance across the street from the Victoria at The Lab earlier this week, Myth of Persistence will be something to see. Program 5: APPARENT MOTION: Celebrating the Art of Projection, Saturday, May 19 at 8:30 pm.

There's no direct preview on offer for Laida Lertxundi's program, but her resume and the few stills in the Crossroads program have me salivating for this screening of her works and influences, framed by the artist herself, appearing in person. Program 7: California Dreaming: Films by Laida Lertxundi, Sunday, May 20 at 5:30 pm.

If you're lucky enough to not be working today and can't wait to bury yourself in cryptic celluloid, head down to MOMA for "Viva Photofilm" this afternoon for free screenings of four classic shorts, including Chris Marker's indelible La Jetée.

On the contrary, if you're one of those lucky people suffering psychic exhaustion from imbibing too much art, there's always plenty of spectacle in the multiplex and around town:

I Wake Up Dreaming 2012 - The strangely titled but exquisitely populated noir festival continues into its second week at the Roxie. Don't be fooled by the silver hues: this is pure entertainment. Playing at Roxie Theatre, 3117 16th Street (415) 863-1087.

Where Do We Go Now? - Nadine Labaki's charming, if sometimes frustrating, rural fable of Christian/Muslim relations in a Lebanese village  harks back to a time when you'd travel to the cinema to see a 'foreign film'. Plays at Embarcadero Center Cinema, 1 Embarcadero Center (415) 267-4893.