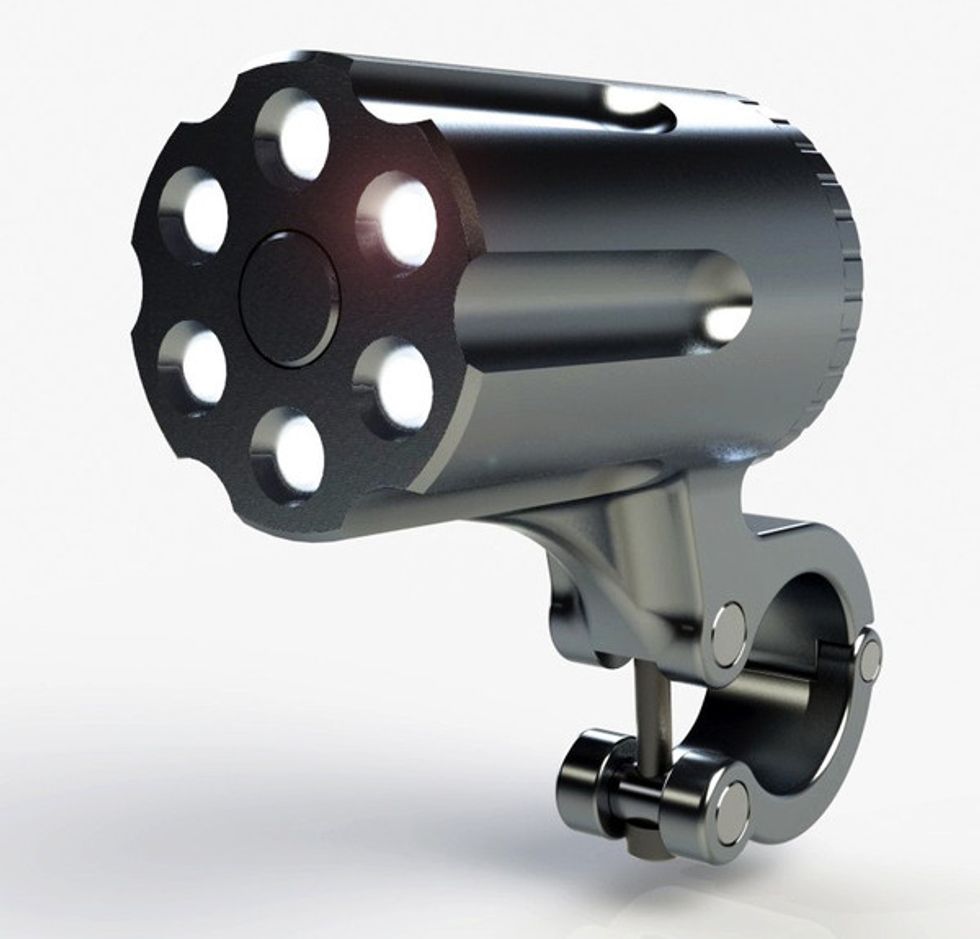 In 2011, two MIT engineers had a dream: build a theft-proof bike light. Earlier that year, their friend was hit by a car at night after his bike light was stolen and they wanted to make sure that no more unnecessary crashes happened because of the all too common bike light theft.

They launched a Kickstarter to fund their project. It raised $84,728—far above the $18,000 goal they’d set. Not surprising, because bike light theft is a serious business. If you leave your bike light on your bike in San Francisco, you’re almost guaranteed it will be stolen.

After two years of toiling on building the ultimate theft-proof bike light, the Gotham Defender Bike Light was born! It’s theft-proof, water-proof and with 6 LED lights, is bright enough for any San Francisco street or sketchy alley.

The Defender secures with a unique wrench to lock it on the bike and another wrench to open the battery case. It’s the same idea as locking skewers for bike wheels. And if you lose the key, Gotham will send you a new one.

And it’s made to look like a gun, which I guess is intimidating. I have a hard time envisioning a gun-shaped light on my vintage Italian frame bike, but if it means that I don’t have to take off the lights every time I pop into a store, then I’m game. Plus, never buying a new set of lights sounds pretty nice.

If the Gotham’s not your style, please still go and pick up a set of lights from a shop. Riding with lights is the law, but more importantly it keeps you visible and safe. Grab some today, as your New Year’s bike resolution. And if it’s not the Gotham, be sure to take it inside with you.

Gotham Defender Bike Light retails for $65 and is available at Market Street Cycles.