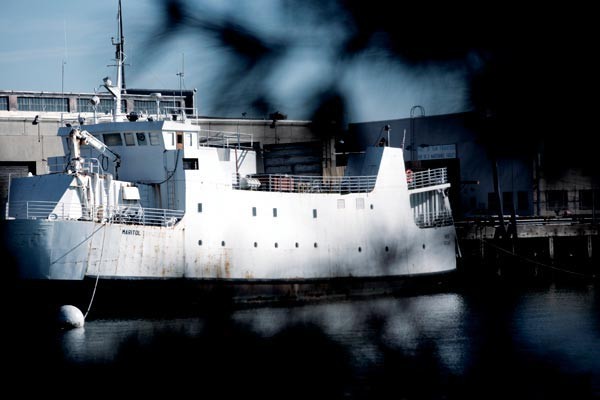 Previous Next
The Maritol, nicknamed the Icebreaker, is docked at Pier 50. Photography by Andrew Paynter 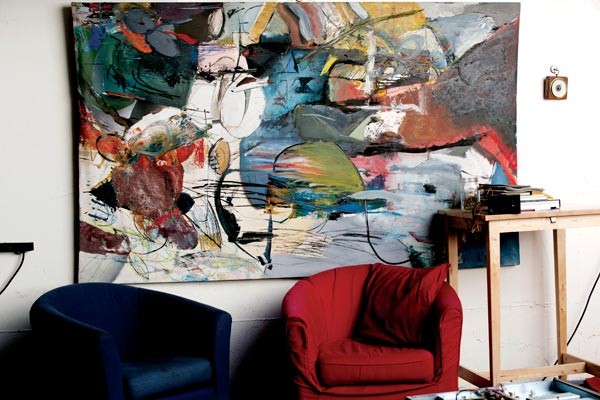 Previous Next
Artwork decorates the space and makes the old ship feel like a home. 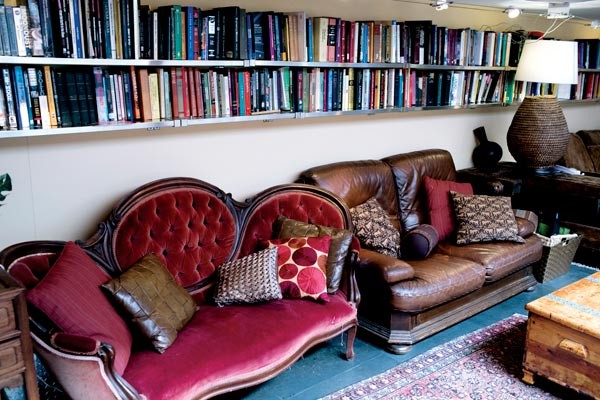 Previous Next
The library illustrates the design philosophy on this ship: eclecticism rules. 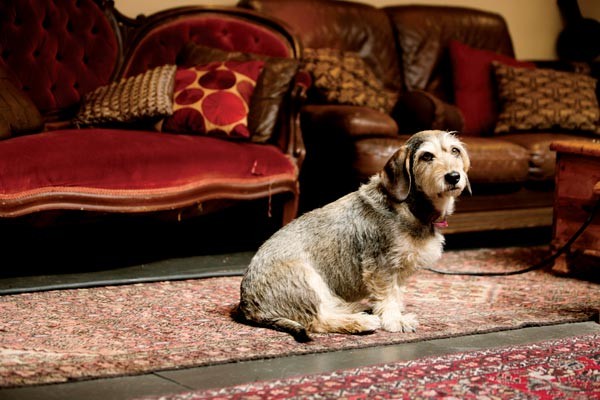 Previous Next
Lulu, a dog owned by one of the members, acts as the Maritol’s mascot. 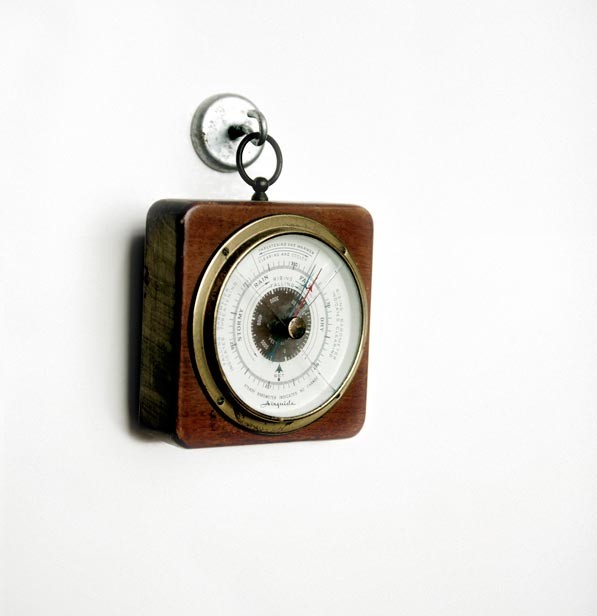 Previous Next
Plenty of the original maritime equipment is still on the ship, and could come in handy when she sets out to sea. 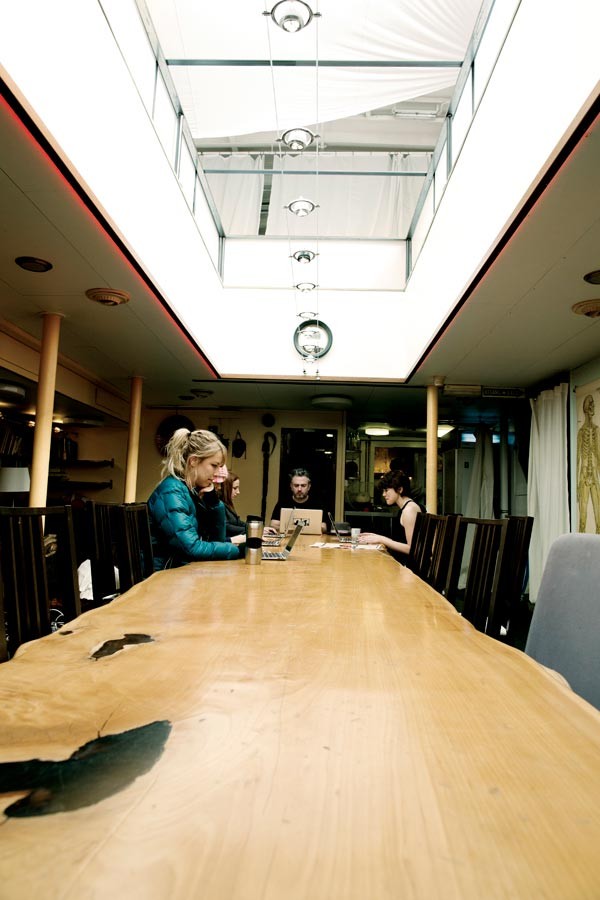 Previous Next
When Levit and Kahle were negotiating the sale from Olle Lundberg they asked that the 30-foot-long cypress dining table remain. 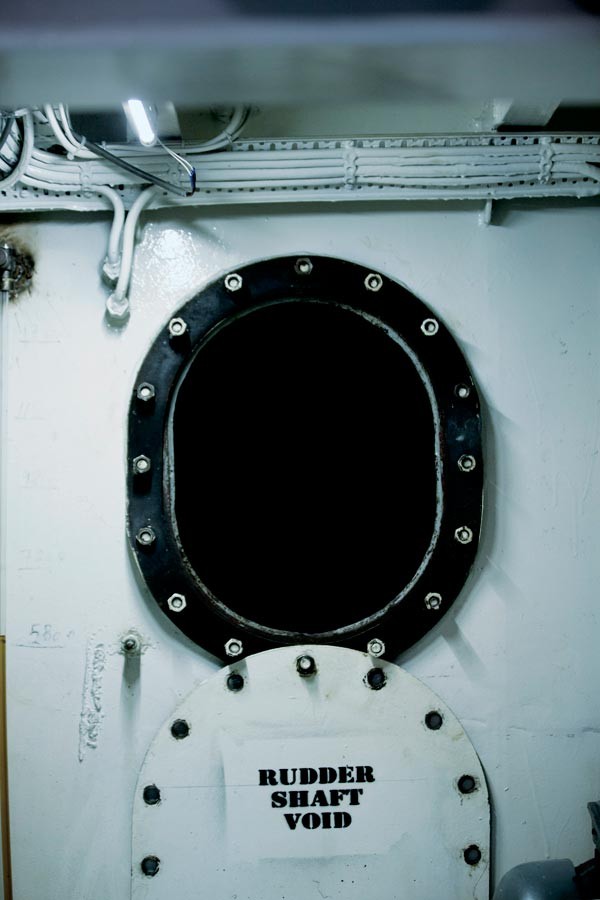 Previous Next
The Maritol offers glimpses of the Bay through its portholes. 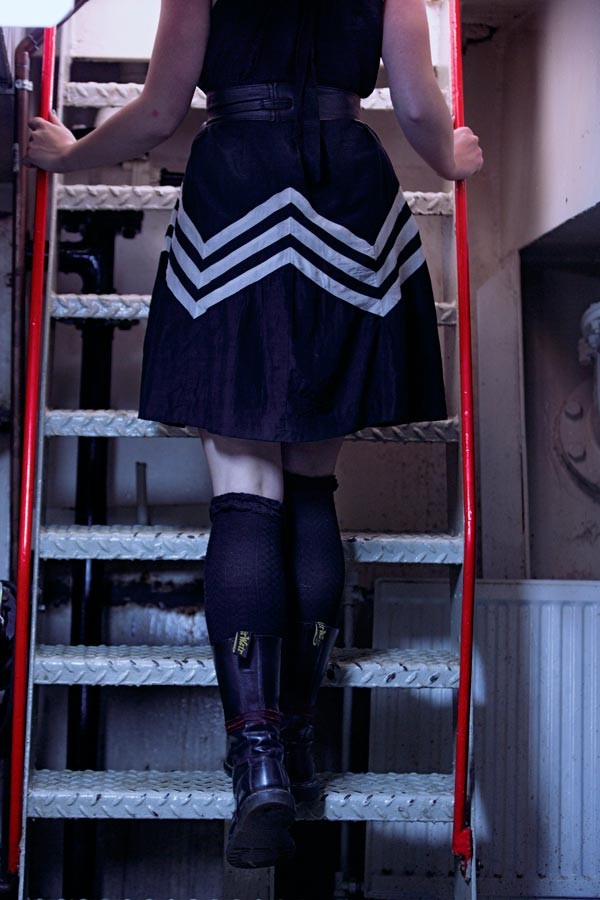 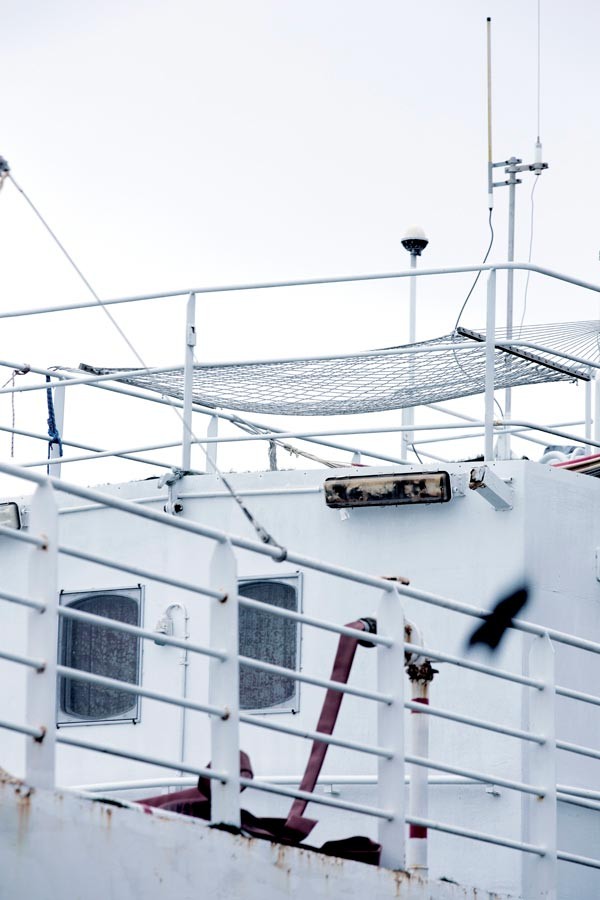 Previous Next
When the sun is out, the top deck hammock makes an ideal office with unbeatable views. 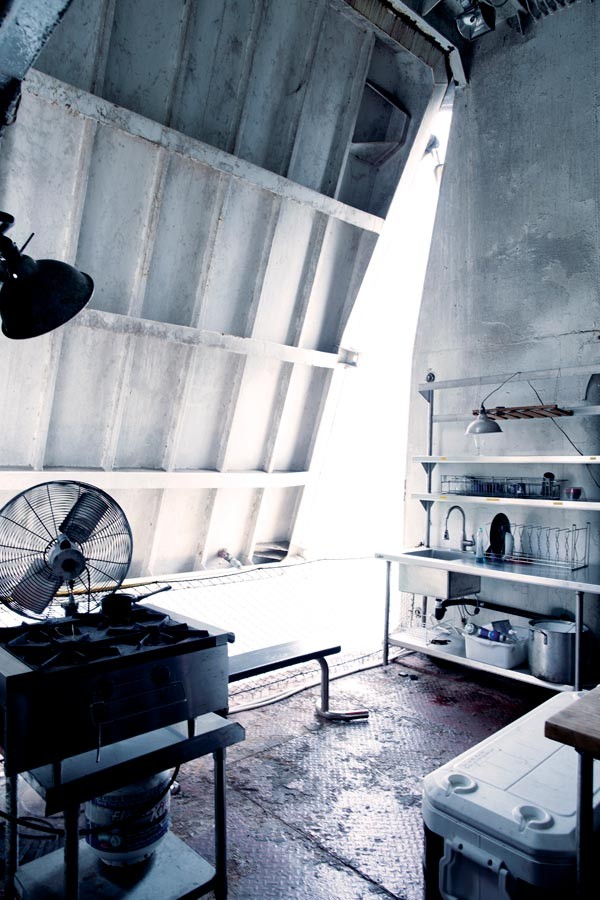 Previous Next
Both the front and back of the ship open up completely thanks to hydraulic hatches. 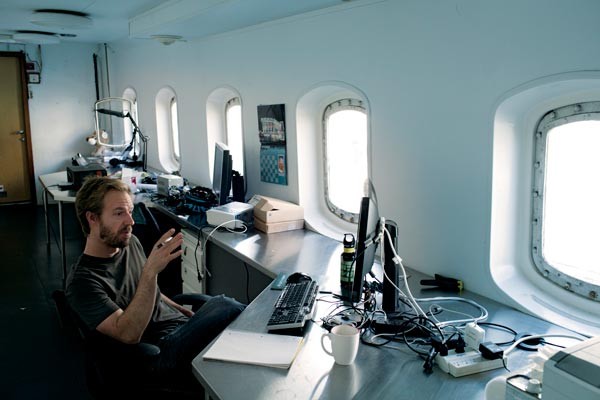 Previous Next
The ship offers many choices when it comes to work stations, including a line of desks along the portside hull. 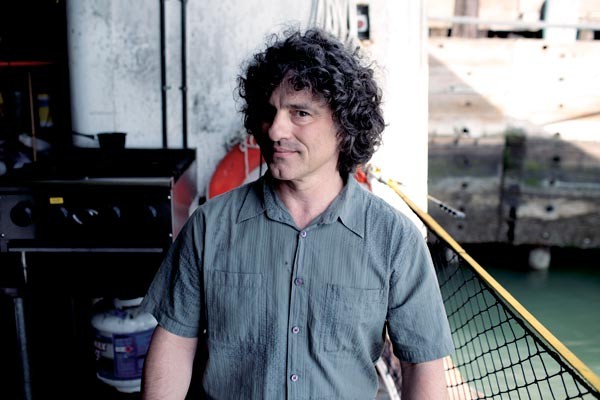 While the amenities arms race rages on among well-heeled and well-equipped tech offices across the city, a floating coworking space that is rusty, drafty, encrusted with birds' nests, and laden with fish carcasses is luring some of the brightest minds in the Bay Area.

The Maritol is a 39-year-old ship from Iceland that used to ferry cars and trucks through the icy North Sea, earning it the nickname the Icebreaker. Today it is docked at Pier 50. Potted plants and bike racks line the entryway—a sloping gangplank, which leads to a keypad-secured hatch. Once inside, you see artwork featuring swirling galaxies and space shuttles hanging between portholes that overlook the Bay. All who board must sign the “Enter at your own risk" waiver, located on a small table, along with a handful of pens. Each morning, dozens of programmers, engineers, and entrepreneurs make the commute from land to sea. After heading to the galley to brew up a shot of espresso, commuters then proceed to set up shop somewhere in the unlikely collections of “offices." The choices include spreading out over a group of couches on the lower deck, staking a claim in a hammock swaying above fake turf on the sunny top deck, or taking a station at a standing desk inside the wood-paneled wheelhouse.

Levit and Kahle had a bar built from cypress to match the dining table.

The nearly all-steel Icebreaker is a floating brain trust dreamed up by Creon Levit, a NASA scientist, and Brewster Kahle, founder of the Internet Archive, a digital library. The pair bought the ship three years ago from designer Olle Lundberg, who lived on it with his wife. Lundberg had the boat brought over from Iceland and, although he added a few skylights and sliding glass doors to make it habitable, maintained the natural industrial vibe. Levit and Kahle envisioned a maritime community of stellar start-ups and nonprofits, and the ship has since been home to fledgling companies, such as Matterport (3-D modeling) and Lookflow (an image recognition company that was purchased by Yahoo last year). “We just want to work with people who are doing interesting, worthy things," says Levit, who explains that there is no official system of leases or tenancy in place. “It's more like a private club, with dues depending on usage and privileges. Or sometimes we just donate space to people doing really cool things, and hope that they remember us when they make it big."

Payment and procedures don't seem to be a high priority for anyone on the Icebreaker. “I've never worked well in a traditional office setting," says Squirrel Sciuridae, who has been operating from the boat for nearly a year. “This space fosters intense creativity while offering a perfect level of distraction—you can't be bothered by the hum of the hydraulics opening the hatch." Levit and Kahle's vision of a community has also been very much fulfilled: When they brokered the deal with Lundberg, they asked that his hot sauce collection and a 30-foot-long cypress communal dining table be left in place. Today the table serves as both a group desk and the site of biweekly dinners for the boat's community. A collection of petite sleeping berths and two showers come in handy when an intense assignment or communiqué with coworkers in Asia requires pulling an all-nighter—a coder wandering around in a bath towel is not an uncommon sight.

Bay breezes and open spaces can make the ship a chilly place to work, so the sofas around the fireplace are popular on cloudy or foggy days.

But the idea of a floating office is a new one, and the Icebreaker crew has had its share of tangles with the San Francisco Port Authority, who isn't sure what to make of the uncommon arrangement. After being threatened with eviction late in 2013, Levit and Kahle have navigated through considerable red tape in order to become “a tenant in good standing" and ensure smooth sailing in the future—literally, as the ship needs to prove that it's seaworthy. To that end, after nearly a year of repairs and preparations, a cruise around the Bay is scheduled for this month. After that, Levit hopes to build even stronger ties with the maritime community. They have already signed on companies specializing in submersibles and even rockets designed to launch from beneath the waves, proving their endeavor is far from a novelty. “We hope to be able to not just take it out in the Bay, but out to sea, where we can really engage in some new and exciting work."