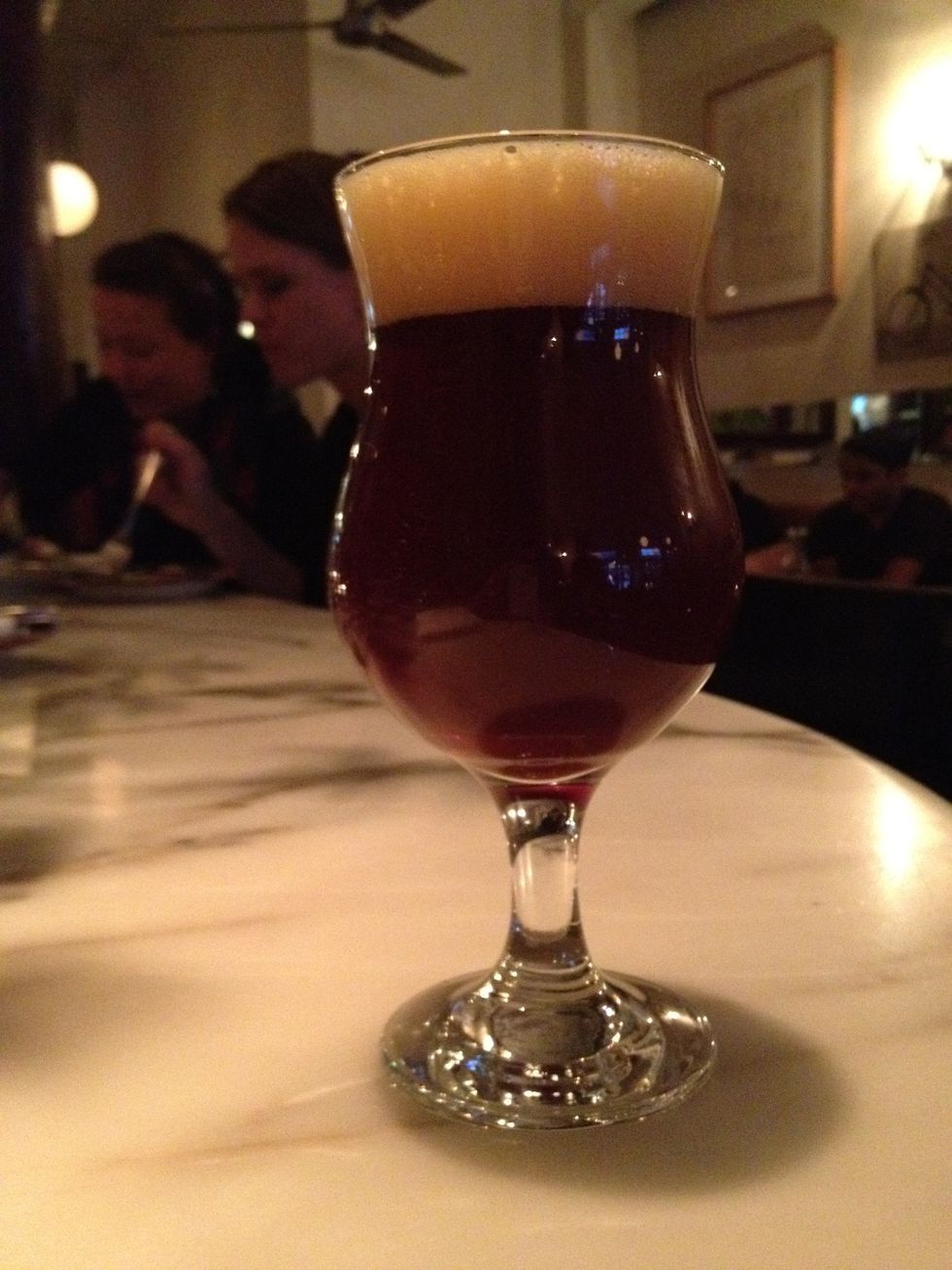 A Marriage of Bread and Beer, Exclusively at Bar Tartine

Yeast is a key ingredient for both brewers and bakers: it helps bread rise, making it soft and puffy, and without it, beer wouldn't have carbonation or alcohol. But the strains of yeast used in a loaf of sourdough or a bottle of lager have remained very different, until now. Linden Street Brewery recently introduced Our Daily (B)red, a beer that's fermented with the sourdough starter that's made Tartine Bakery's loaves world-famous.

The brainchild of former Bar Tartine general manager Alex Fox, cicerone Sayre Piotrkowski, and Alex Finberg, Our Daily (B)red is adapted from Linden Street's Deep Roots Red Lager. "The process was pretty fun, because we quite literally had to teach the yeast how to ferment sugar into alcohol," says Andrew Ritter, lead brewer at Linden Street, who brews the beer with owner Adam Lamoreaux. "Adam kept giving the yeast low doses of wort, or unfermented beer, until it could hold its own. Luckily, the Tartine yeast is a tough strain of yeast, and it caught on quite quickly."

The resulting beer is slightly different from the Deep Roots lager, notes Ritter. "Our red lager has a nice malty taste with slight hop bitterness at the end, whereas the Daily (B)red has subtle sour notes to it."

Available exclusively at Bar Tartine, the brew has quietly made its way into several of chef Nick Balla's Hungarian-inspired dishes; most recently, it appeared as a reduction in a dish of roasted asparagus with black garlic, slow-cooked egg, and pea tendrils. It's also a key ingredient in Balla's much-loved blood sausage, which incorporates both reduced beer and brown rice soaked in beer, and his pickles, which contain spent grain from Linden's brewing process.

"Beer is a great 'comfort' pairing with the assertive, angular, and pure spice and acid-driven flavors of Nick's food," says Vinny Eng, current general manager at Bar Tartine, who co-directs the beverage program with Kim Watson-Jew. In addition to the Daily (B)red ($6 for a 12-oz pour), Bar Tartine carries five other West Coast draft brews, from Ballast Point's Sculpin IPA to Uncommon Brewers' Baltic porter (brewed with star anise and licorice root). Eng and Watson-Jew also offer a curated selection of bottled beer from around the globe, including German, Norwegian, and Japanese styles.

Lamoreaux and Ritter are currently at work on a second Tartine-yeast brew, a variation on Linden's popular Burning Oak Black Lager that will also be exclusive to Bar Tartine. "It tastes pretty good!" says Ritter. "It's a lot of fun seeing what we can create."