A Modern Family Gives a Monterey Colonial a Fresh Attitude 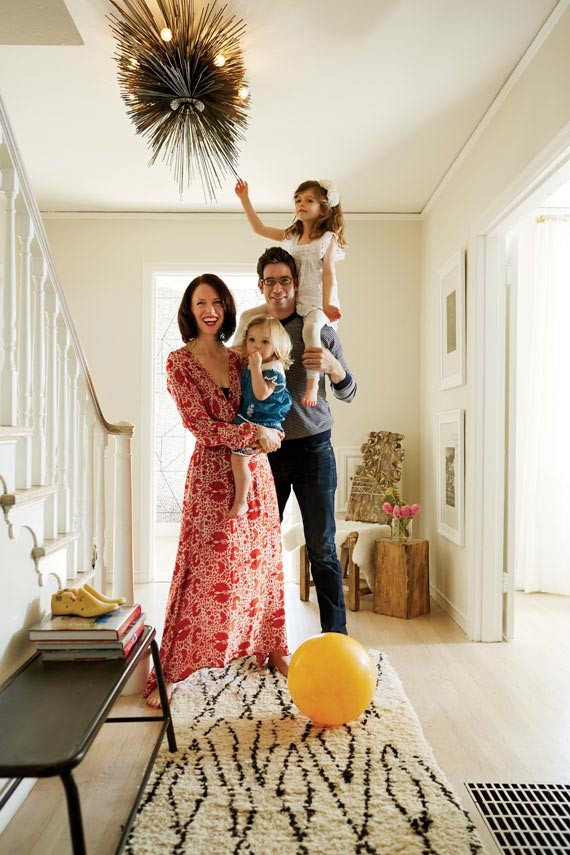 Previous Next
The design duo at Potrero Hill-based Green Couch outfitted this storied Pacific Heights home for their own family. 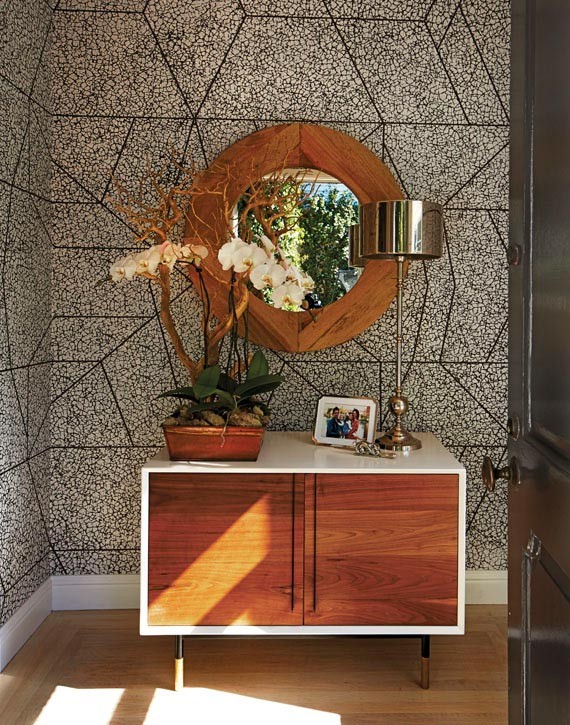 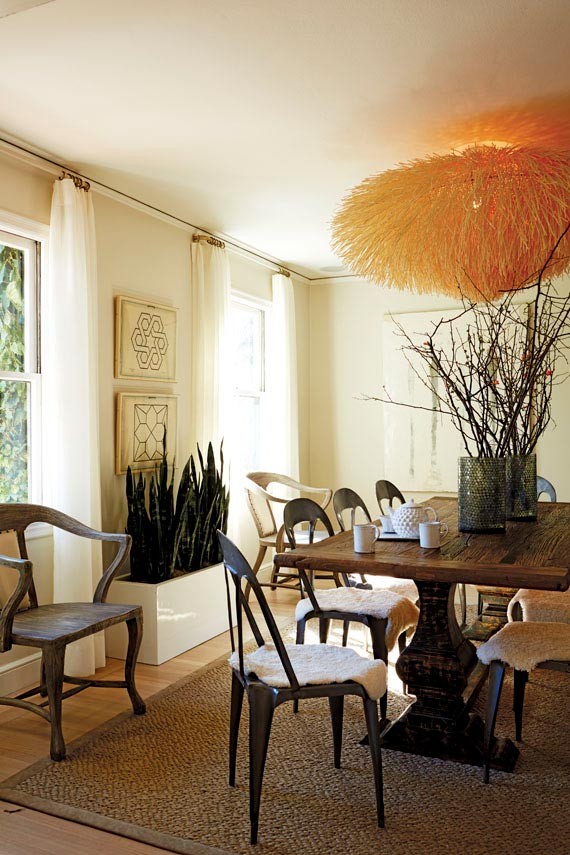 Previous Next
"We love to play with scale," says Jeff. Case in point: The large, urchin-like light fixture that holds court in the diningroom. 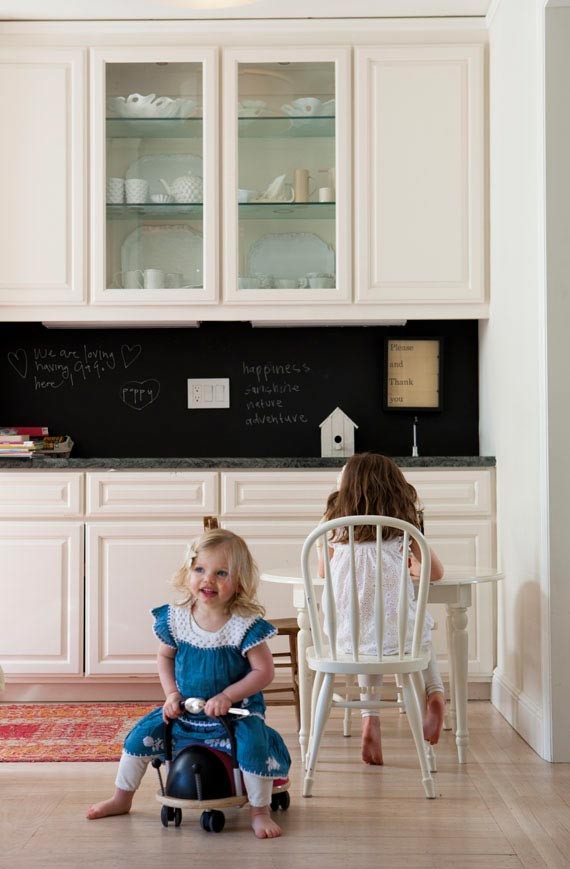 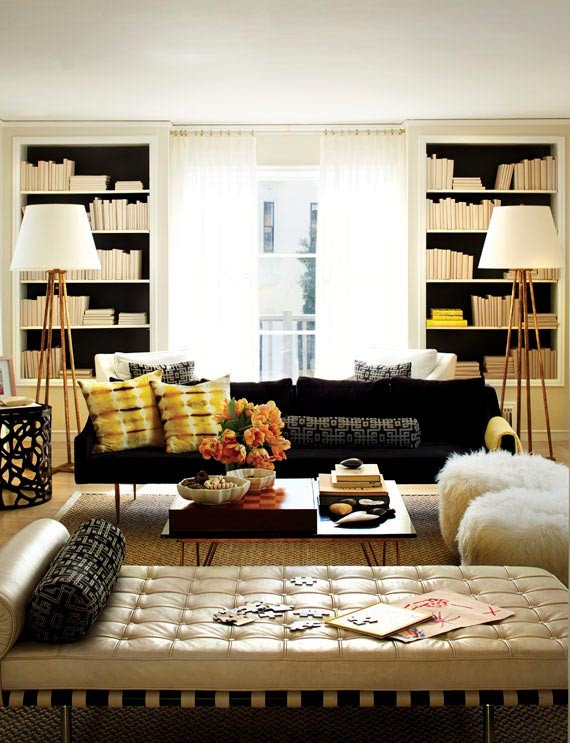 Previous Next
THe couple made good use of the square footage by claiming the north end as a music area, and the south end as a place to read. 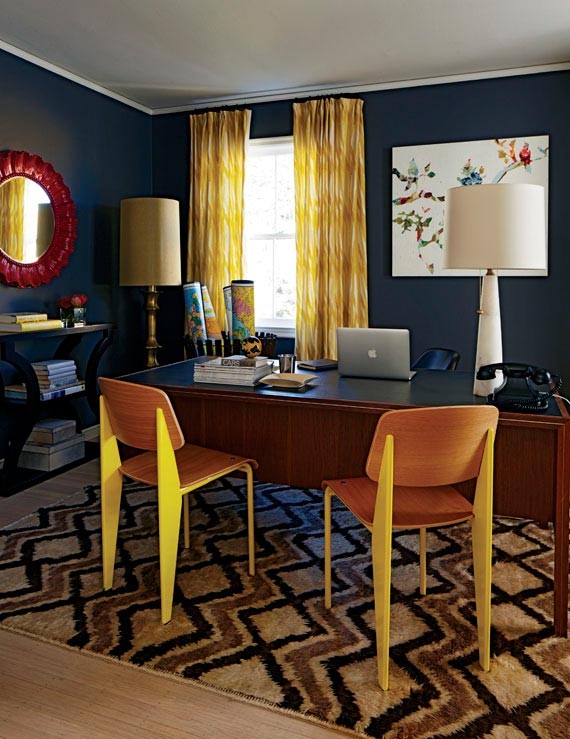 Previous Next
Jeff's office is a dark gray counterpoint to the rest of the house. 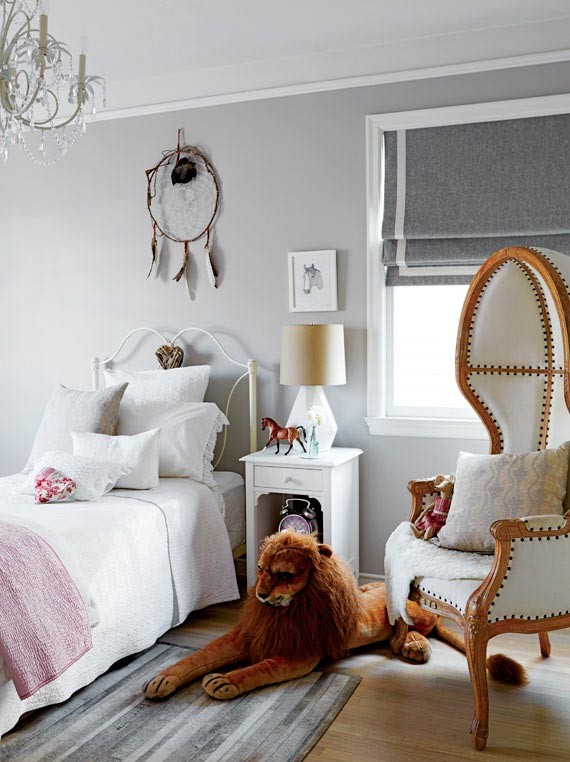 For 75 years, this Monterey colonial house—a style not too common in San Francisco—has perched on a steep hill in Pacific Heights, where it’s dwarfed by the imposing red brick residences surrounding it. Like some other older homes in the neighborhood, its past is storied with tales of high society and a touch of scandal. According to a recent owner, it was built in 1938 and sold first to SF’s Dutch consul general, then later to Edwin Carter, a curator at the de Young Museum. It was then rented to Louise Thoresen and her boyfriend. Thoresen, known as the “Gun Moll of Broadway,” was acquitted of killing her husband in a 1970 case that shocked the public. Her son reputedly kept a parrot on the balcony off the second floor. In 1974, the house was sold to an antiques dealer and collector, and for almost 40 years, it was quiet—until interior designers Jeff and Tray Schlarb moved in last year.

The couple owns Green Couch, a Potrero Hill-based design firm named for a tiny, emerald-hued sofa in the designers’ studio apartment when they were just starting out. Although they had been practicing their craft for years when they stumbled upon the house, the couple had mixed feelings about the stucco facade, which Tray describes as “sticking out on a street filled with brick houses and Tudors.” On the day they first saw the light-pink exterior during an open house, Tray exclaimed, “This is just awful!”

Jeff, on the other hand, had a vision for the property the moment he walked across the brick patio and through the front door—though he was a bit put off by the floors, which were stained a rusty crimson. “Nothing says ‘bad remodeling decision’ like red on the floor,” he says. Putting those concerns aside, they made a purchase offer, signed papers, and quickly hatched a remodeling plan. First order of business: Paint the exterior white. “We also knew we had to open up the kitchen, make the garden more intimate, and lighten up the floors and walls,” says Jeff.

On the day they got the keys, the walls were painted a yellowish beige. Both designers agreed change was in order—but what exactly? The couple’s design studio is painted White Dove by Benjamin Moore, and Tray wanted to use the same hue. “I just couldn’t take working all day in that color and then coming home to live in it,” says Jeff, who preferred a shade of warm gray. “We are pretty symbiotic, but when you have two designers living together, the discussions are intense.” In the end, they decided on the warm-toned Ballet White.

That’s not to say Jeff—the lone male in a family that includes his wife and two girls, Isabella, 5, and Audrey, 2—didn’t get his gray. The color sets the tone in his office-slash-man cave, located off the living room. “I wanted the space to be deep and moody, with touches of bright yellow in the curtains and chairs,” he says. “It’s my little place in the house.”

The adjacent living room—with spaces for games, relaxing, and music—is all about family and, frankly, noise. For although the house has certainly hosted its share of diplomatic meetings and perhaps even legal confabs in the case of the infamous Gun Moll, it is unlikely to have ever before hosted concerts by an interior designer, wailing “Knockin’ on Heaven’s Door” to the tune of an acoustic guitar, while two little girls dance gleefully about. There’s a piano and also a pink electric guitar, perfectly sized for Isabella. “The living room is where we have family performances,” says Jeff. “We’ve tried to design a house that’s fresh and modern while honoring its classic sensibility and making it work for a family. Of course, we do Scotchguard a lot of things because you have to have a house that allows you to live a life.” And thus, another chapter begins in the long story of a house.