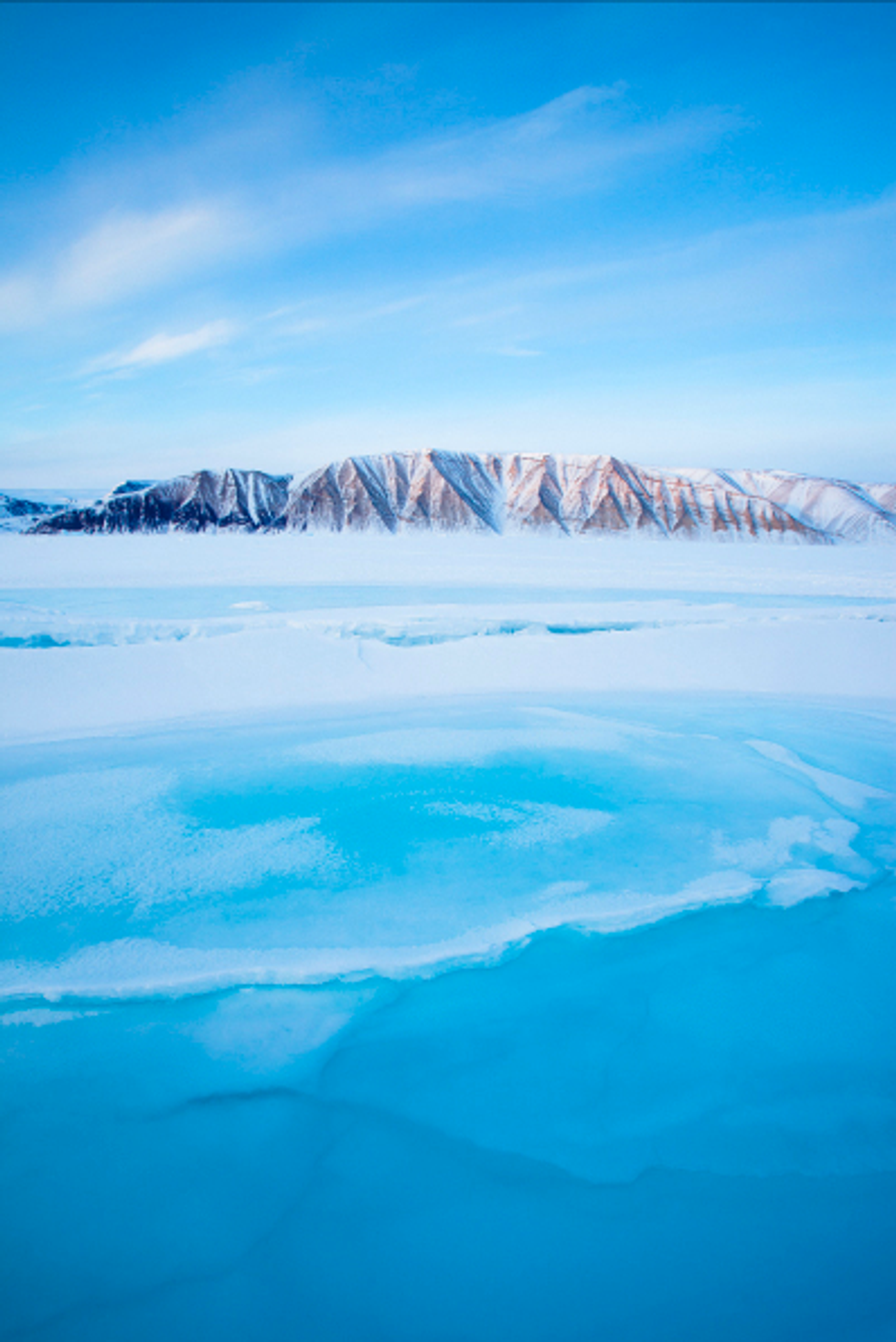 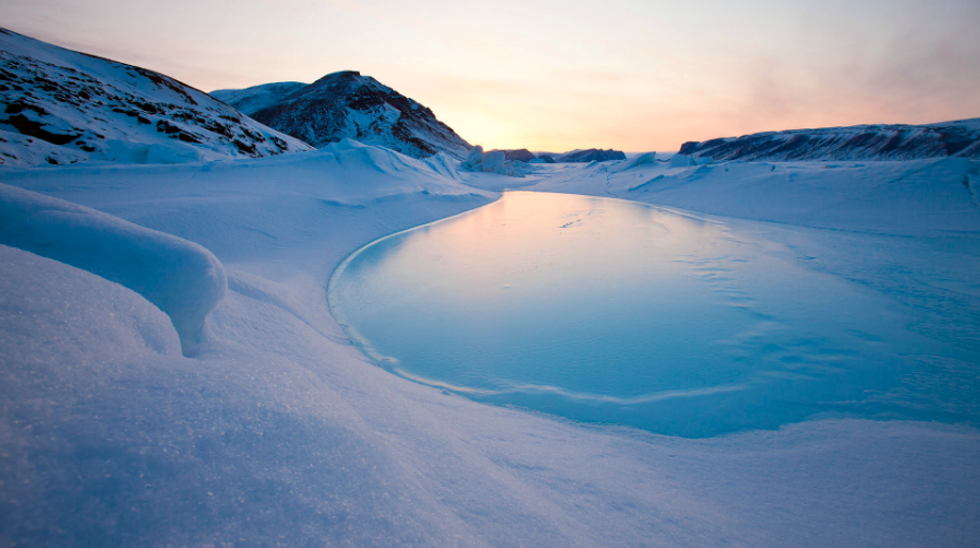 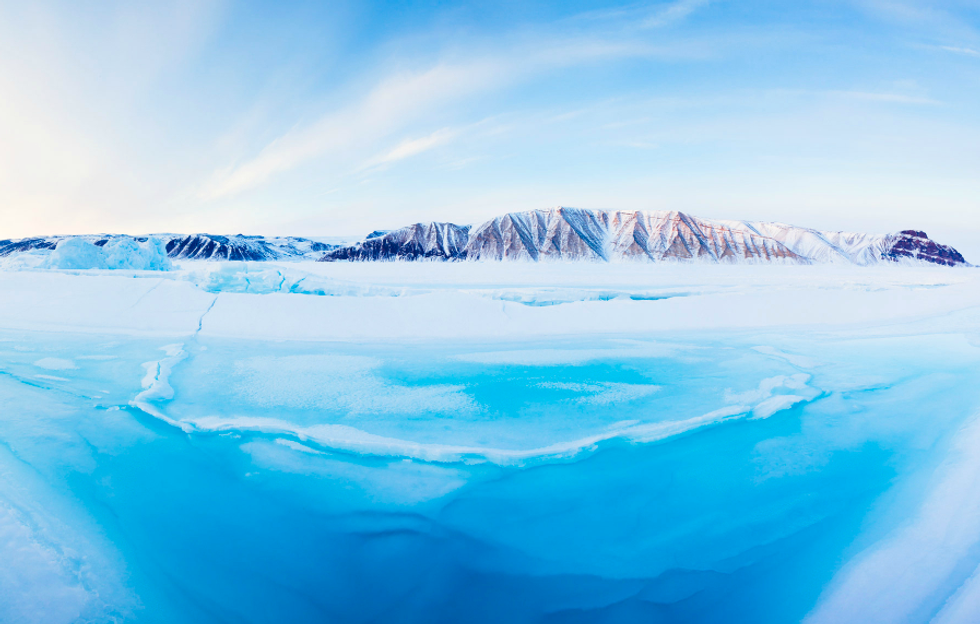 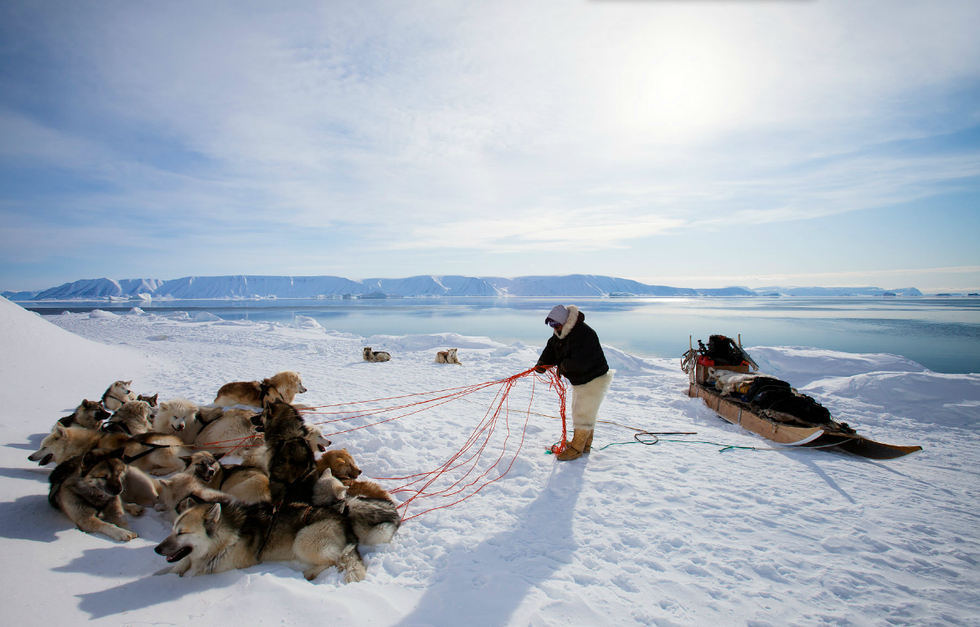 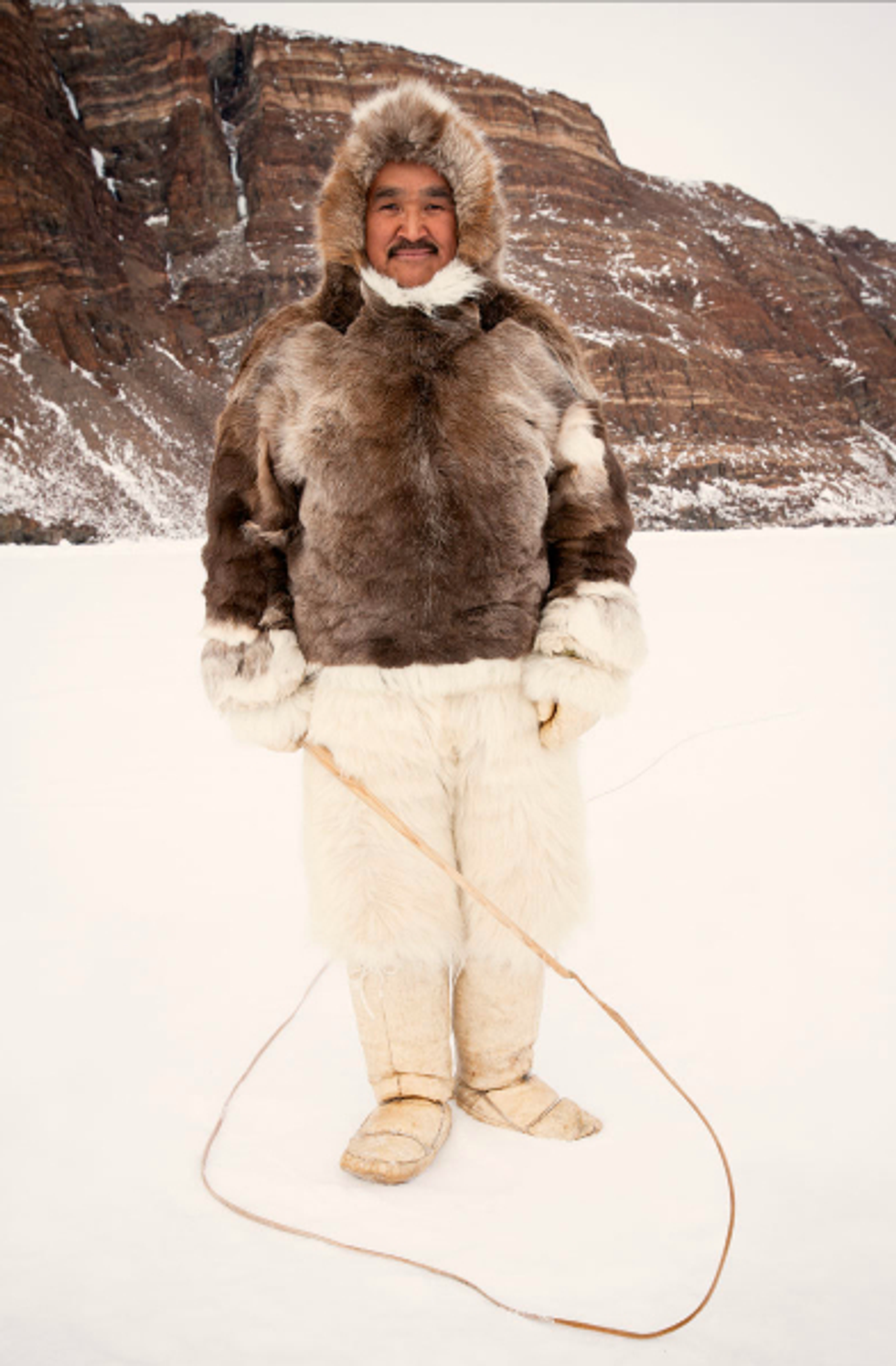 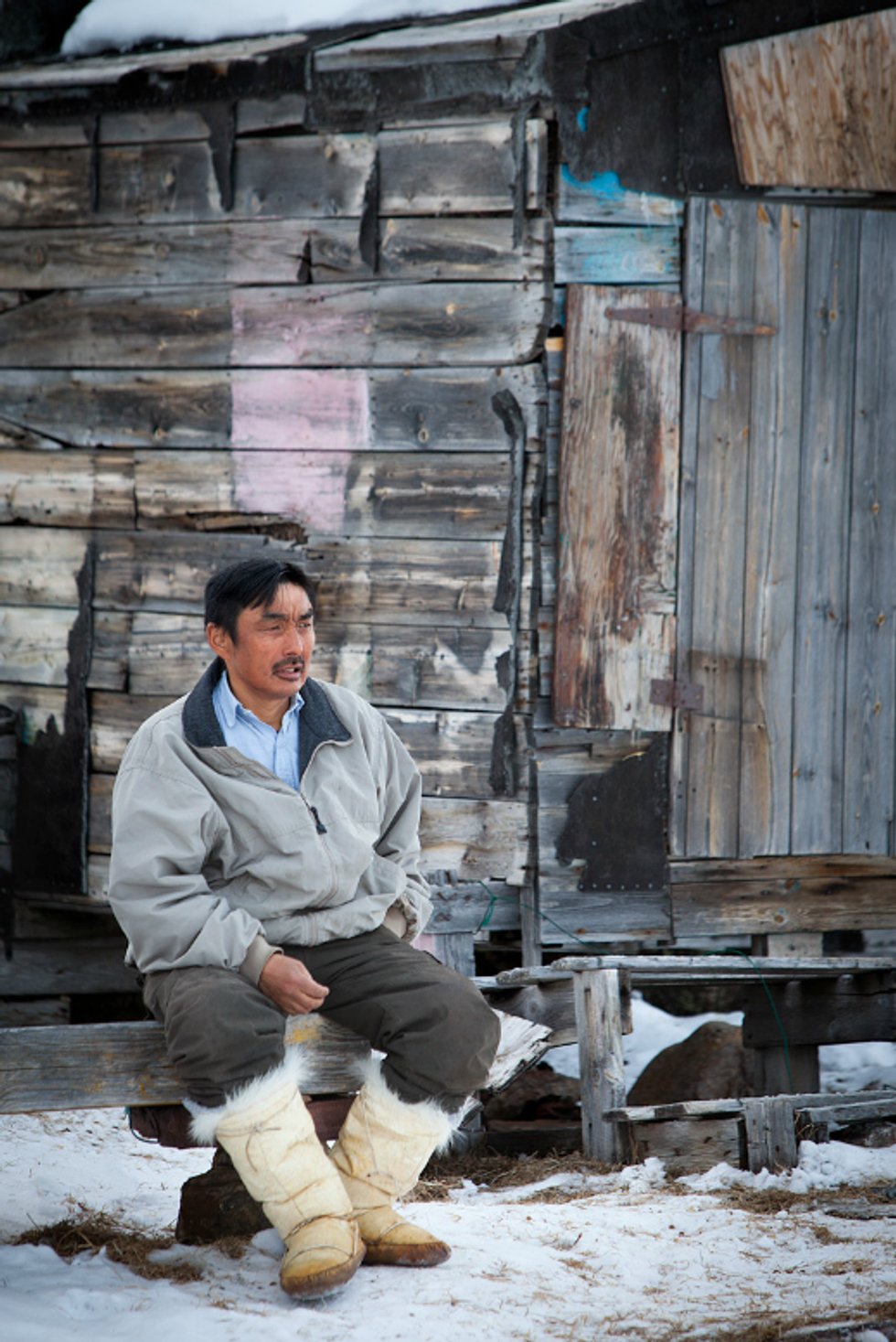 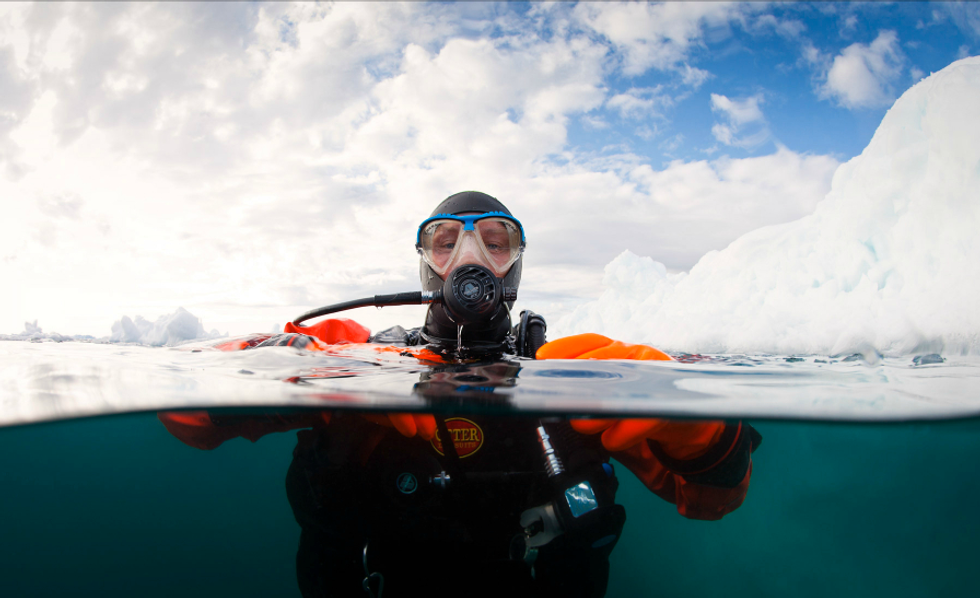 Patagonia, Lake Titicaca, and the Sargasso Sea are just a few of the exotic locales that will host photographer Justin Lewis and writer Michelle Stauffer over the next two years. Each destination, all along a single line of longitude, represents one of the world’s most diverse ecosystems and a phase in the pair’s photo-documentary project, 70 Degrees West, which began in April.

The mission: Expose how selfish human demands on the natural world are putting traditional ways of life at risk. The goal: Create heightened global consciousness of endangered habitats and cultures via words and images.

At the start of this expedition, the longtime San Francisco residents spent six weeks with the Inuit people of Greenland, surveying a region that is athirst for financial independence but reluctant to exploit its wealth of oil and natural gases.

The ambitious project has been made a reality by supporters and sponsors including Patagonia, GoPro, and The Nature Conservancy. 70 Degrees West also accepts individual donations online, a great holiday gift for any nature enthusiast.

Preview a few photos from Phase 1: Greenland here, and then check out 70 Degrees West online for more photos of this icy abyss and for a preview of Penobscot Watershed in Maine.

Up next for these intrepid travelers—the ABC Islands in the Caribbean, the Colombian Amazon, Peru, Patagonia, and Antarctica. Look for Lewis and Stauffer’s journey in a book, feature-length documentary film, and traveling multimedia exhibition once the project is completed around November 2014. Here, a few brief words with Michelle.

Tell me more about your six weeks with the Inuit people in Greeland.
We were in Qaanaaq Greenland, the northern most inhabited municipality in the world, for six weeks. We were staying with an Inuit women, a home stay that we found once we arrived in Qaanaaq. Because the midnight sun was most beautiful from 10 p.m.- 4 a.m., we spent most of the nights walking out on the sea ice, photographing icebergs and the expanding landscape. During the days, we conducted interviews with Inuit hunters and explored the small town of 650 people. We did two dog sled trips and many all night photo treks. During the dog sleeding trips, we camped in small cabins as well as on the sea ice, building a tent over the dog sled and sleeping on the dog sled.

How will you present this project to the public?
From each of the 8 phases, we will produce a 5-10 minute motion picture short. After the completion of all 8 phases, we will re-edit them into a feature length documentary. The other main focus is the photography and written stories. We will produce a book as well as a multi-media traveling show/exhibition in many of the major U.S. cities. This will include large hanging prints, stories, and a screening of the films.

How did you two come to work on this project together?
Justin (a Mendo, CA native)started his solo, international photo excursions when he was 16 and has traveled to more than forty five countries. He shot commercial and editorial assignments for clients (including Sport Diver, Body Glove, the Smithsonian, and The New Yorker) after graduating from Brooks Institute of Photography, and he's now dedicating himself to conservation and nature photography. I'm published regularly on Huffington Post Green and explore nature and the social importance of cultural traditions through my writing. Having traveled extensively, I feel like I understand how the natural world is threatened and why these stories of fragile habitats must be told now. So, this collaboration was a natural fit for us both.