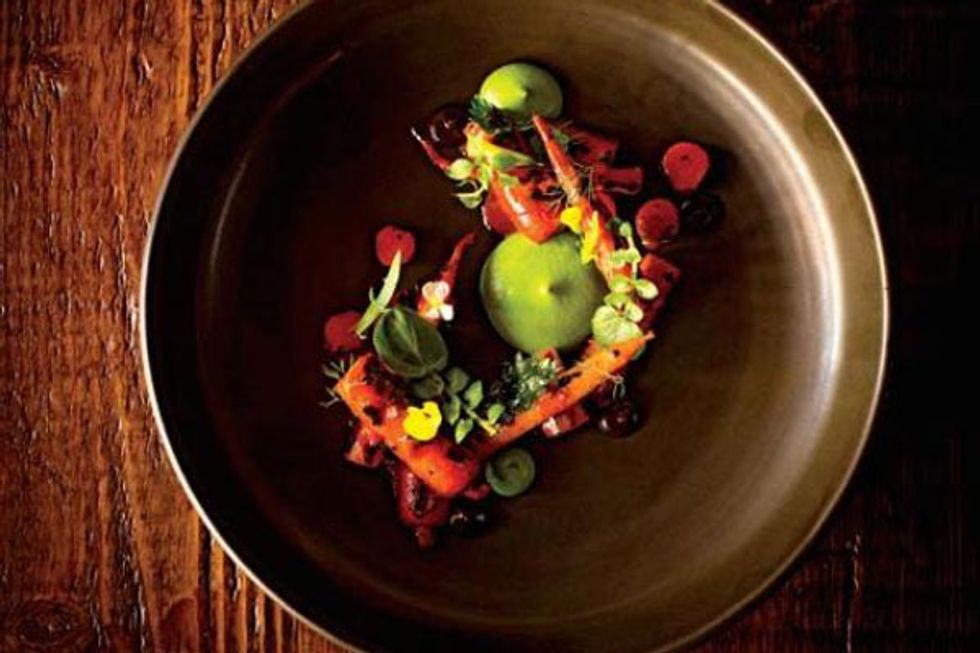 All About Garum, the Ancient Secret Ingredient Now Trending on Menus

You may have noticed that the word "garum" has been making multiple appearances in restaurants' ingredient lists around town. You may have even asked a server about it. And if you haven't noticed it before, you're likely to now. You'll see it appear in dishes at Verbena, Coi, State Bird Provisions, Plum, and many other Bay Area restaurants.

Though this trending ingredient may seem like a new thing, it's far from it. Garum is a salty, liquid condiment, like Asian fish sauce, that was used in the cuisines of Ancient Greece and Rome. It's made by fermenting fish or fish parts, typically anchovies or sardines, with salt, and it appears in most of the recipes in the 4th Century Roman cookbook Apicius. For centuries, it was an important and prized condiment, moreso than plain salt, whose most expensive grades were kept in the most wealthy kitchens of the ancient world. One historian believes that good bottles of garum may have sold for the equivalent of $500 each in today's dollars. (Fun fact: Archaeologists in 2008 used residue of garum found in amphorae in Pompeii to confirm the date, down to the month, of the eruption of Mount Vesuvius in the year 79 AD.)

Coi executive chef Daniel Patterson discovered garum around 2001 and has been relying on it ever since as a kind of secret weapon. "What I love about it is the complexity that the fermentation brings to sauces and vinaigrettes – like a more elegant version of fish sauce."

At another restaurant in Patterson's local mini-empire, Oakland's Plum, chef Kim Alter makes her own garum, fermenting it for upwards of six months. She used it this past weekend in a bacon dish at the Cochon 555 competition, and she says she'll often add it to dishes to "bring vegetables to another level." State Bird Provisions chef Stuart Brioza employs it in a hazelnut vinaigrette that's served with the red trout dish on his "commandables" menu.

On the vegetable-heavy menu at Verbena, chef Sean Baker says he likes "the clean oceanic salinity" that garum provides to vegetable dishes. He's made smoked garum, and experimented with a version with squid ink as well.

The interesting part of garum's revival is that the use of it had pretty much died out with the fall of the Roman empire, and it was virtually unknown in Italy until just a few years ago. But, via chefs like Patterson who began playing with it in the last decade, it's become one of the "it" ingredients in American chefs' arsenals, and provides a conection to some of the oldest cooking traditions in Western culture.