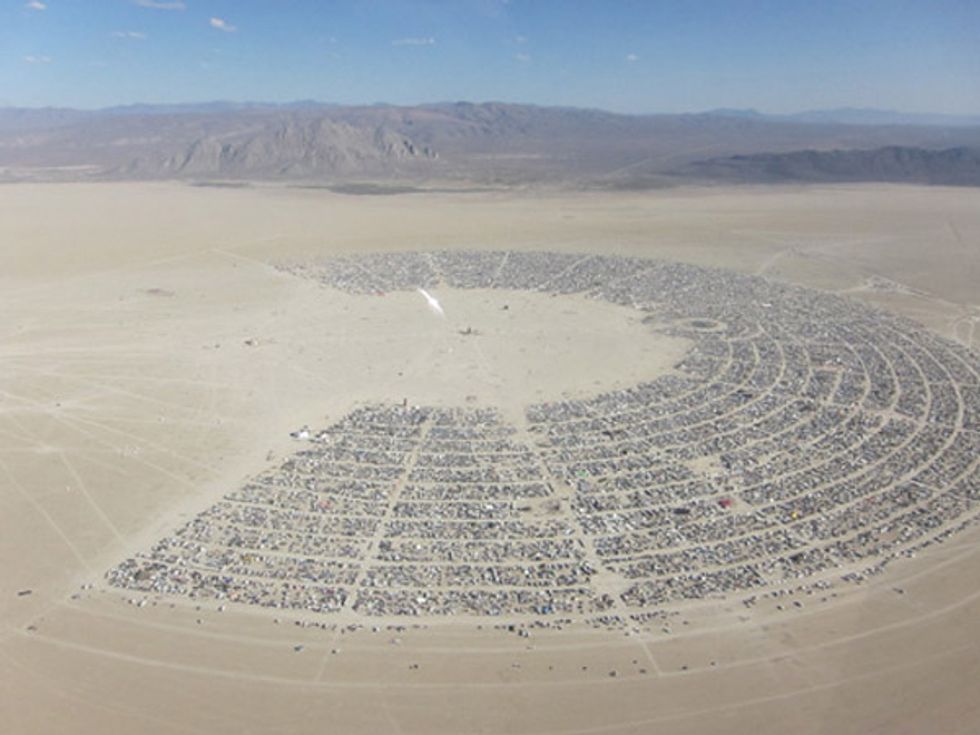 An Emotional Guide to Burning Man

I remember my first Burn fourteen years ago. Having been told mental preparation for Burning Man required physical preparation, I created checklists to monitor my checklists. Arriving on the Playa, I expected an elated nirvana, but found an emotional hell instead. While “welcome home” was the mantra of the day, I felt far from home amongst the wilderness and weirdness of Black Rock City.

After all my physical and mental prep, I realized I’d done no emotional prep. The Burning Man Survival Guide is the organizational compass for clarifying Burning Man’s 10 principles, the 18 things we must bring, and the 8 things we can’t bring. Arguably, no better citizen’s guide exists on the planet. And yet, this cultural compass didn’t properly guide me to the “true north” inside.

This Emotional Survival Guide is as much for the virgin Burner as it is for the veteran.

“Island fever,” the feeling of being stuck somewhere without an ability to escape, is something you’ve probably experienced if you’ve spent any time on an island. Whether Balinese or Hawaiian, islands can bring forth magnified emotions and increased volatility alongside (sometimes) unpredictable volcanoes. Burning Man is a desert island. Once you enter the gates and commit to the experience, you’re not likely to leave until the exodus. As a result, you may feel more joy and bliss alongside some sadness and anger. I like to think of it as reverting back to childhood. Adults often have mixed emotions. Kids don’t. So, just as we see the purity of certain emotions in our young ones, we see the same in ourselves at Black Rock City. Knowing this will help you to feel less like a basket case when your emotions ebb and flow in the desert.

If our emotions revert back to childhood in the desert, it’s not surprising that we play fanciful games of dress-up as well (we do this back at home in all kinds of more subtle ways). Burning Man is one big costume party. And some people spend an entire year crafting their wardrobe and refining their body. So, don’t spend too much time comparing and contrasting with all the beautiful bods and bodacious outfits on the catwalk of the Esplanade. There are all kinds of people who look, smell, and maybe even taste like you. And, eventually, everyone is covered in dust, anyway.

Know yourself. Expect nothing. Two mantras that will serve you well. Whatever you expect, you’re likely to get the opposite. Feel free to set broad intentions for your BM experience, but hold lightly your expectations. I remember a good friend crying in my lap, “I expected this to be the happiest place on earth and I’m feeling sad. I’m such a loser!” Remember #2 in this guide. Stop comparing and start living.

Burning Man mirrors “real” life. The reality is, you’re going to fail. Your shade structure will fall down. You’ll forget where you parked your bike. You’ll realize you left your favorite veggies at home on the kitchen counter. Expect failure and greet it with a smile. Know that in this convoluted environment, failure may be the doorway to unexpected serendipity. Say yes to that. And, don’t expect an epiphany, a new boyfriend, or the high you may have experienced before. Every year is different. It won’t be like last year. It will be like this year.

Click through to read the rest of the story on Fest300.com

Founder and former CEO of Joie de Vivre Hospitality, Chip Conley launched Fest300 to share the world’s best festivals and the transformative human connections that are found there. The New York Times bestselling author of Emotional Equations believes that "the more virtual we get, the more ritual we need," and shares his travels -- from Bali to Burning Man -- on his blog at www.fest300.com/blog.