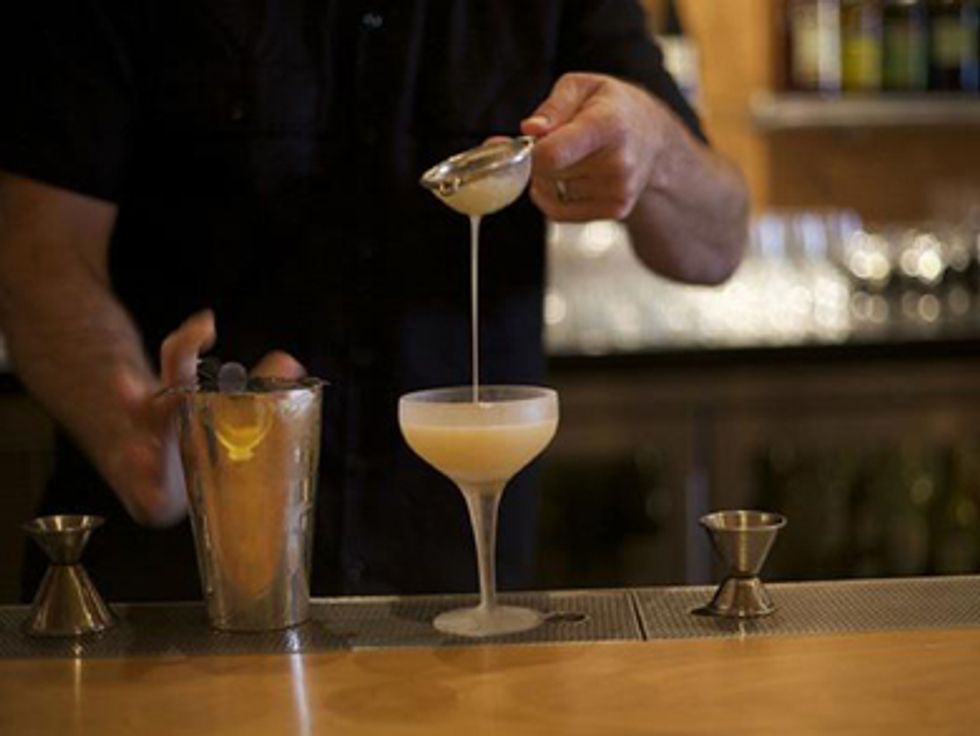 At the Bar: What To Tip, Or What Not To Tip? That is the Question.

Friday night. You and your friends order two beers from the taps, a glass of wine and the frou frou cocktail of the night—you know, the one the bartender has to whisper to before he pours it over the back of a spoon.  The check comes and it's blank stares all around at the empty tip line. Should you add 20% to the total? Do you just combine the dollar bills in everyone's pockets and call it a night? What I learned this week: the standard for tipping at the bar is $1 per drink. But it's not that simple. Let's take this matter to some well-liked bartenders around town for some straight shooting on the matter.

Should you tip 20 percent on the drink total at the bar, just like you do on food?

Martin Cate, owner of Smuggler's Cove: 20 percent is certainly acceptable.  Alternately, tipping per drink is fine, but really for a complex well-crafted cocktail, it should be $2 per drink. I think $1 is fine for a beer. No tip is fine for a glass of water.

Is not leaving a tip ever ok?

Mark DeVito, co-owner Tonic / Bullitt / Dr. Teeth and the Electric Mayhem: Most of the time a zero tip happens because somebody is upset with the amount of their tab. It's usually drunk people who have been ordering for all of their friends all night and are shocked to find a $200 tab. Or if they leave a note on the slip saying the service was terrible. I generally think people should speak up if the service was awful rather than passive-aggressively leaving a note.

When do you tip more than 20 percent?

Christopher Keith co-owner of Koko Cocktails(serving it's last drink July 30th, R.I.P.): "If I know the bartender and I'm getting hooked up for a drink or two, I will often kick down the price of the original drink as my tip. And sometimes when I'm just in a good mood or my service was great or the person is performing in a challenging atmosphere, they get all the ups and extras that I can afford."

Any other questions or insight on tipping at the bar? The discussion continues in the comments.