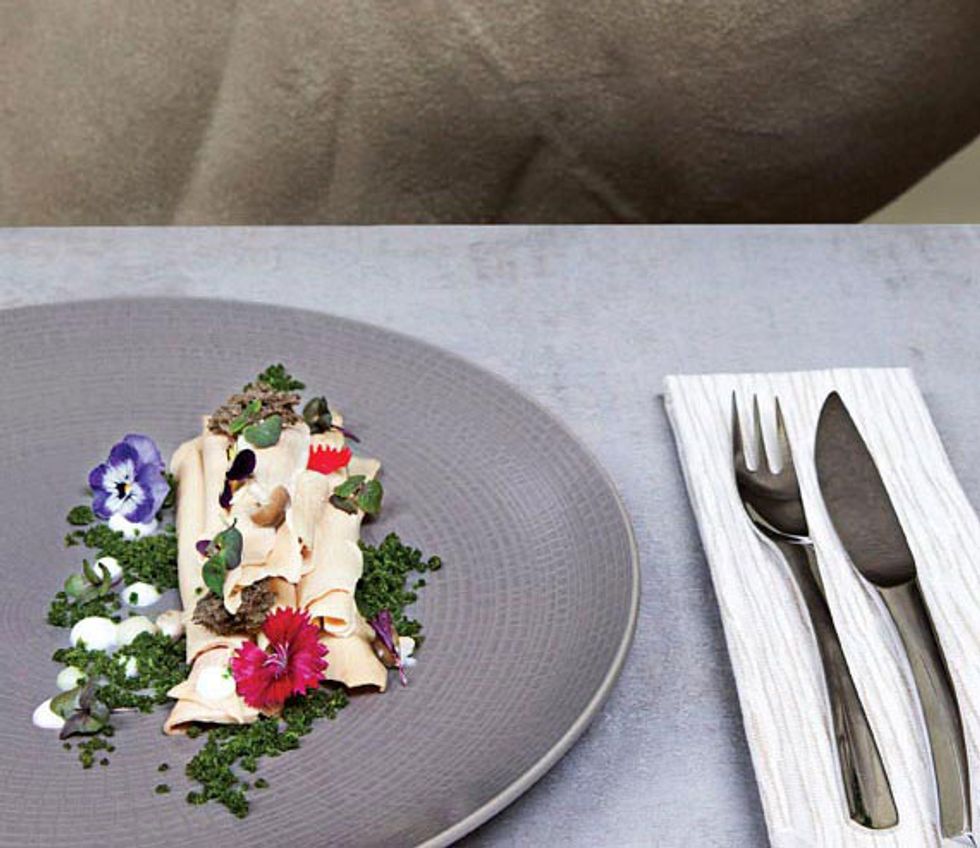 On July 1, the silky foie gras torchon at Prospect and the seared foie gras at Gary Danko will become culinary ghosts when Senate Bill 1520 takes effect, making it illegal to produce and sell foie gras in California. (You won’t be able to get that foie gras biscuit at Animal in LA either).

Foie gras is controversial, of course, for the method of force-feeding geese with a tube (called gavage) in the final weeks before slaughter. Some producers claim to do so in a humane manner, citing the animal’s lack of a gag reflex among other physiological reasons, while animal rights activists say it is the exact and brutal opposite.

PETA and Humane Society members will claim the ban as a victory, but many local chefs committed to humane and ethical husbandry are passionately opposed to the ban. “It’s the freedom of choice,” says La Folie’s chef Roland Passot. “I stand behind the product. I visit all the farms. I want to make sure the animal is well-treated. An animal that suffers does not taste good.”

In these final days, restaurants and underground dining groups are hosting farewell dinners, some of them fundraisers for the Coalition for Humane and Ethical Farming Standards (CHEFS), a group seeking to overturn the ban while supporting conscientious farmers. Ironically, an imposed $1,000 fine for selling foie gras is poised to open up a black market for the prestigious ingredient, which will make it harder than ever to qualify the provenance of foie and the ethical standards of any given farmer. Call it a catch-22.

Acquerello
The ridged pasta with foie gras, scented with black truffles and marsala, is one of the chef’s most famous dishes.

Atelier Crenn
The texture of chef Dominique Crenn’s foie gras log (pictured below ) is as gorgeous as its plating.

Benu
Corey Lee takes it to the next level with foie gras xiao long bao (soup dumplings). You’ll want to double your order.

La Folie
The restaurant serves foie in many forms, but the foie gras soup, made with Lillet, is most memorable.

TAKE ACTION
Want a repeal of the foie  gras ban? Check out  chefstandards.com.  Or join the counter movement at  stopforcefeeding.com.