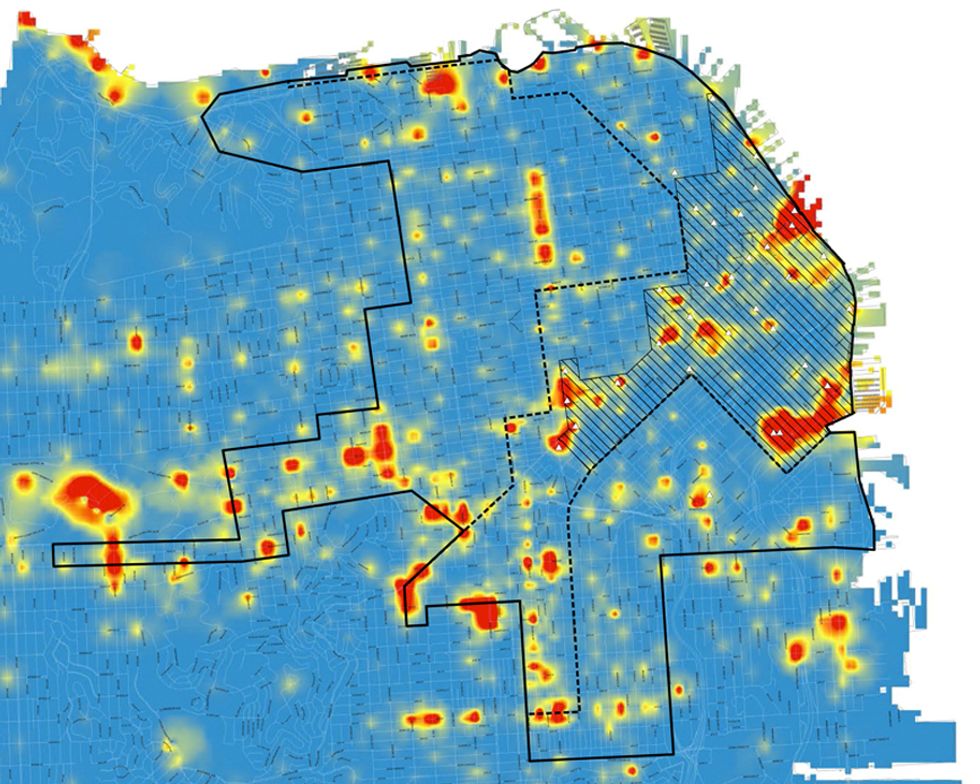 Heath Maddox the Bike Sharing Program Director stated that currently there are about 2,000 paying annual Bike Share members and that there is a high demand for more bike stations across San Francisco.

A study conducted by SFMTA, measured the suitability of areas for receiving new Bike Share stations in San Francisco based on population density, workforce density, proximity to bicycle facilities, and other factors.  The results of the study revealed that the Mission, Mission Bay, Hayes Valley, and Castro areas were the most suitable for phase 2 expansion (see below).

An SFMTA crowdsourced heatmap (below), composed from a variety of sources of public opinion regarding which areas should receive new stations, echoed the results of the suitability study.

Right now there are about 1,000 Bike Share trips taken per day in San Francisco, which translates to about 2.5 trips per bike per day. Heath Maddox, the bike-share program manager stated that the system needs 2000 bikes to pay for itself.  His goal is to see 3000 bike-share bicycles on the streets.

For those of you that haven’t explored the system yet, the model is designed for “A to A” and also “A to B” trips.  Paris has been doing this for years and it’s a ridiculously convenient, inexpensive, and sustainable system.

Here’s How it works:

Purchase a membership online, or at a kiosk at the bike station.

Unlock a bike from any station using your annual member key or ride code (for 24-hour and 3-day members). Run errands, commute to/from work, or just go for a spin!

Return the bike to any Bay Area Bike Share station anywhere in the City.

Repeat.  Unlimited 30 minute trips with no additional charge. The timer resets whenever you dock the bike. 31-60 minutes will cost an extra $4.

So next time you find yourself waiting for MUNI, looking for a cab, or needing to go 8-12 blocks in a short amount of time. Why not consider hopping on a bike.  After all, travelling by bicycle is the most efficient method of travel on land, including walking.

David LaBua is a leader in the sustainable urban mobility movement, author of Finding the Sweet Spot, and founder of VoicePark, the world’s first voice-guided mobile app that guides drivers to the closest available parking spot in real-time. Follow him on twitter@ParkingGuru.