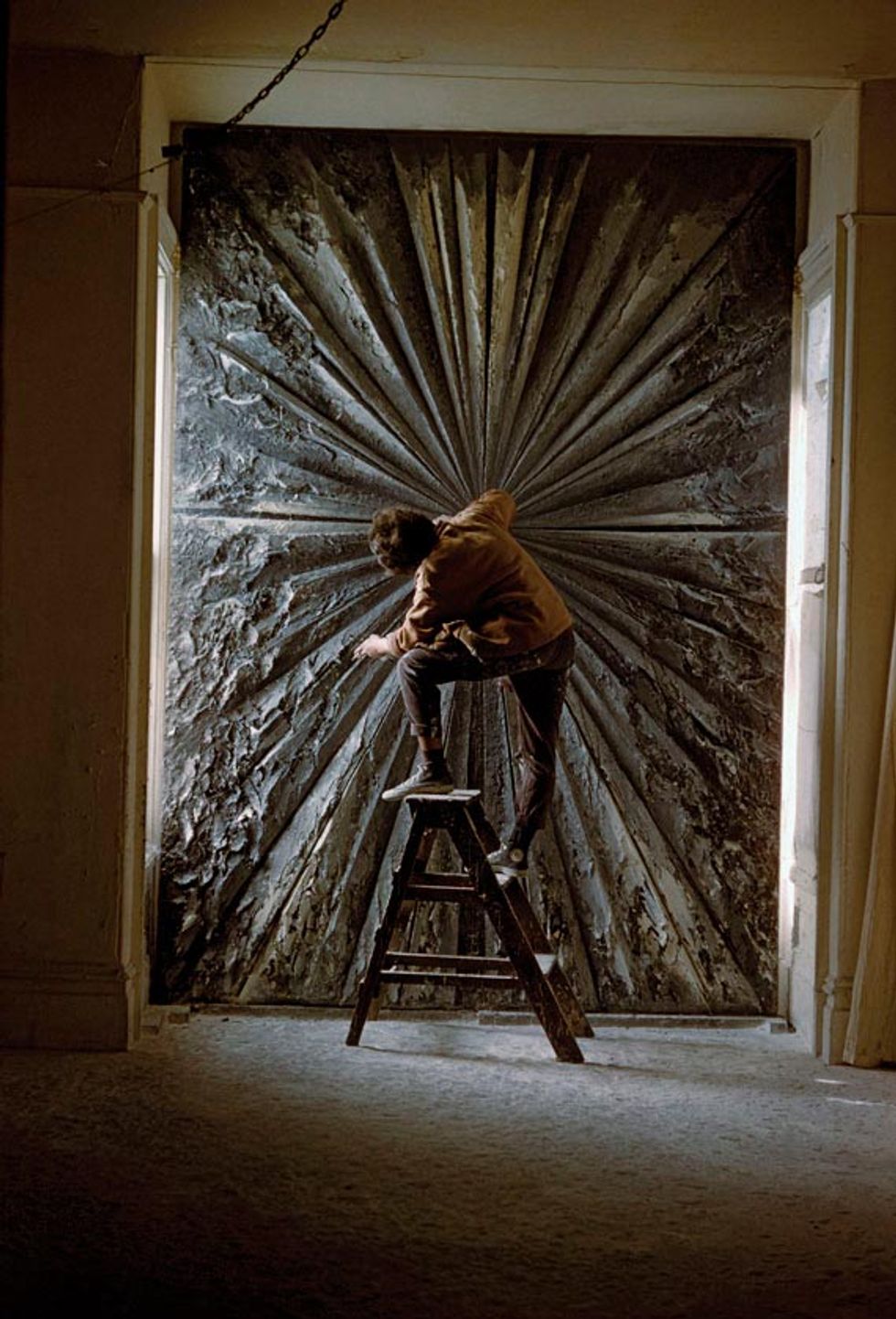 While at the core of a thriving creative community in the 1950s, Beat-era artist Jay DeFeo lived in relative obscurity. For eight years, she holed up in her Pacific Heights studio, adding layer after layer of oil paint, wood, and mica to a single canvas. At 11 feet tall, 8 feet wide, 11 inches thick, and almost 2,000 pounds, the geometric monolith became a symbol of magnificent obsession. Called The Rose (pictured), the work would ultimately be one of her most defining moments.

But The Rose hardly encompasses the scope of DeFeo’s oeuvre. Her lifelong investigation into form and abstraction are now brought to light via nearly 130 works—including collage, painting, photographs, small sculptures, and jewelry—in a definitive retrospective at SFMoMA. Organized by the Whitney Museum of American Art, “Jay DeFeo: A Retrospective” paints a picture of a beautiful mind driven by a unique approach to materials and process.