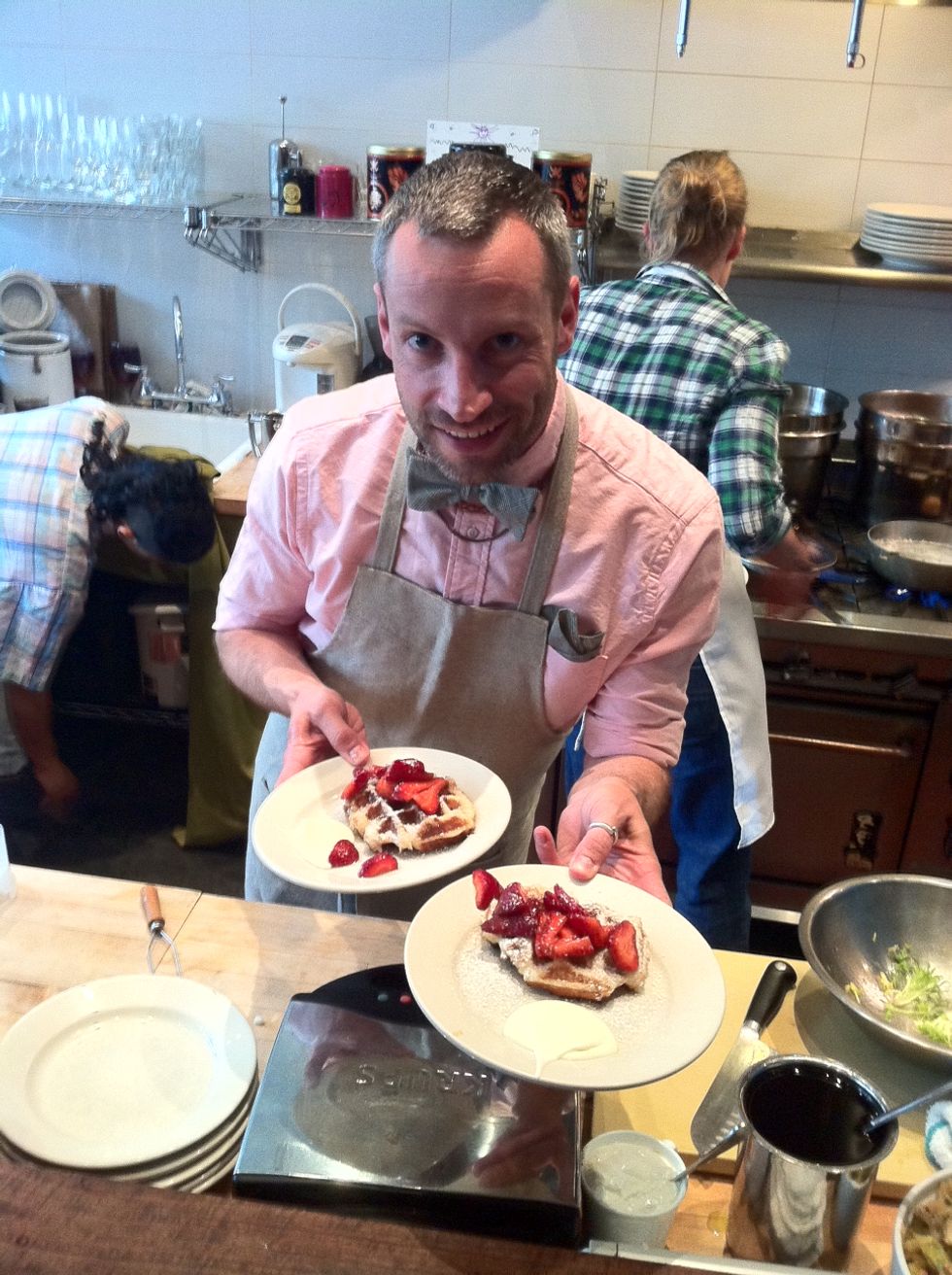 From Blue Bottle Coffee at the Ferry Building to the Waffle Mania Truck to Bloem 'n Sugar, which just opened in the Westfield Centre, Belgian waffles are being served all over town these days.

But there's something to be said for having your Belgian waffle being cooked up by a guy named Benoit Tordeur who's wearing a bow tie, pressed linen apron, pocket square and a pink button down to match the juicy strawberries he's ladling on top of his waffles which are sitting next to a dollop of creme fraiche.

This was my experience over the weekend when on Sunday I showed up at Bar Jules in Hayes Valley for brunch, specifically to get a taste of Benwaffles®. (Yes, the name is really trademarked!) Once a month, chef-owner Jessica Boncutter allows her good friend Tordeur, a true dandy from Brussels who, by day, works as the Director of Creative Services for Levi's, to stand behind the counter and fulfill his waffle-making dream.

What separates the Belgians from the fakers? It's not just the depth of the waffles' squares, it's the yeast-based batter with sugar pearls mixed in. Should you think you've seen one Belgian waffle you've seen them all, the type that Tordeur makes are called Liege waffles.

The next Benwaffle day is June 26. You can also follow Bar Jules on Facebook to keep in the loop. I asked Tordeur where he got his sugar pearls and he smiled and said his mother sends them to him specially from Belgium, something that seems to make the waffles taste all the sweeter.