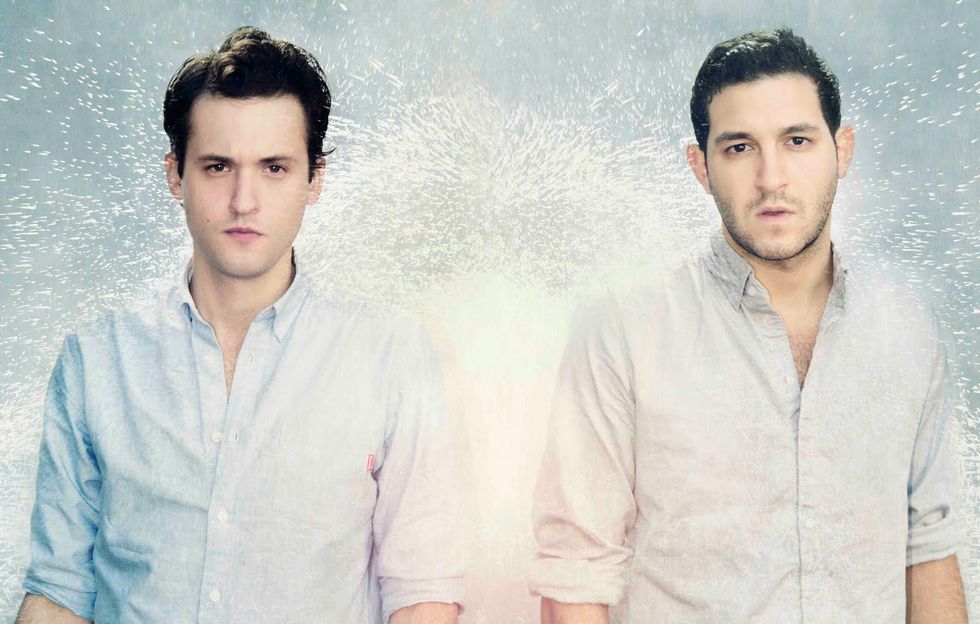 If you're a regular reader and a regular night owl, you know New Year's Eve is just another San Francisco night with entertainment options everywhere you look. But this year is particularly stacked with must-see shows. Along with the three mentioned below, Primus plays the Fox, Fresh and Onlys at The Chapel, POPNYE at Oracle, Poolside at Neck of the Woods, Calexico at the Fillmore, and so much more. But here's the best of the best:

Good luck nabbing tickets for Tuesday’s NYE show, but your odds are much better for Monday’s gig. The Brooklyn-based, James Murphy-endorsed nu-disco group is on the verge of a tipping point, and a two-night headlining slot at the Independent is just the latest validation of their growing relevance. The band embarks on a DJ tour in January, where they’ll likely spin this incredible cover of Blood Orange’s “You’re Not Good Enough” (btw, check out Blood Orange if you’re into forward-thinking R&B). But for now, SF gets the hits:

This … won’t suck. A brilliant list of DJs — Solar, Galen, Jason Kendig, P-Play, Josh Cheon, Robot Hustle — open for a truly brilliant visionary-in-the-making. Matthew Dear caps off a banner year with a DJ set at perhaps the best DJ venue in town. Custom lighting installations will keep the place going ‘til 4am and the price of admission also includes a confetti countown and two floors of dance music. Oh, and Matthew Dear. Can't stress that enough.

Did you know Moby used to rage harder than just about anyone? The legendary producer/DJ recently told the San Francisco Chronicle “I had this reputation for being a teetotaler vegan when I was such an out-of-control, crazy, debauched, stay-up-all-night drunk.” Moby’s going on five years sober, but he won’t judge anyone indulging on New Year’s Eve. For one, the 48-year-old has important work to do, having recently dropped his 11th proper album, Innocents. The album features an inspired cameo from Wayne Coyne, who also stars in this absurd, hilarious music video for the track:

Lucas MacFadden doesn’t just mix sogs. He makes statements with — and about — the music he samples and manipulates. That’s what separates great DJs from merely good DJs who are content to get bodies moving. But get the crowd moving and thinking, and you’ve earned their money and won their heart. And if McFadden — aka Cut Chemist — looks familiar, he should be. The producer/DJ is formerly of the Latin band Ozomatli and Jurassic 5. Close listens reveal nods to each of those acts, but Cut Chemist takes the aural pleasures to an entirely different level.

Important information here: Did you know Kobe Bryant once rapped in a Brian McKnight song?

That’s really all you need to know. Grab a date and let McKnight put you in the mood.