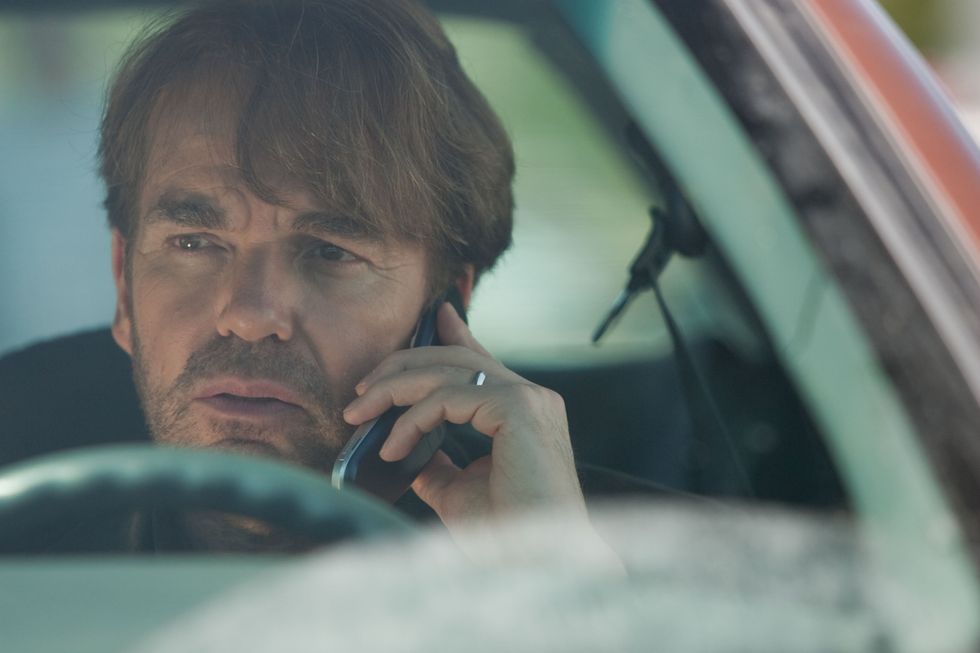 Like the heroin-addicted cop he plays in Faster, the aggressive new thriller in which he co-stars opposite a bulked-up Dwayne “The Rock” Johnson, Billy Bob Thornton rarely minces words. So when he volunteers an off-the-cuff assessment of American movies today, you can expect nothing less than brutal candor.

“We’re living in a time where we’re making the worst movies in history,” says Thornton, 55, the Oscar-nominated screenwriter and star of the 1997’s Sling Blade, which he directed. “They’re geared toward the video-game generation.

“These games, which I’m on my son about constantly, are people killing for fun. Traditionally in movies there’s always been some lesson in violence. Even in Sam Peckinpah’s movies – I think that, inadvertently, Peckinpah created Faster and a lot of others – the violence is grounded in a morality tale. Showing violence just for the sake of it, I don’t believe in that.”

The difference, he says, between Faster, in which Johnson is an ex-con driven to kill the gangsters who murdered his brother, and films that glamorize violence, is that here there are consequences. On an emotional level, no character is unaffected by Johnson’s descent into the moral abyss, and that, Thornton believes, is how it should be.

Despite his sometimes strained relationship with the press, particularly at times where his bluntness got him in hot water, Thornton says he enjoys talking about Faster because it represents an anomaly in today’s marketplace – a story made the old-fashioned way, with real values and without a green screen.

“This movie did not rely on computers or things like that,” he says. “It’s kind of like a ’70s movie – if we’re chasing each other down a hallway, it’s a hallway. We’ve done something real here. Most movies are about vampires in 3-D or war eagles, whatever they are. When you’re an actual actor, and you get to do something real, it’s nice to talk about it.”

Thornton acknowledges that he’s not the most reticent celebrity, nor does he want to be. (By comparison, Johnson, who once performed alongside the Arkansas native's cousin, Terry Funk, in the World Wrestling Federation, is approachable but seemingly more calculating in his choice of words.) All Thornton asks, whether discussing his movies or his latest off-screen leading lady, is that his words not be distorted.

“When we make a movie, or at least we’re trying to, it’s good to be able to say, ‘Hey, good to see you’ without being stuck in the ass,” he says. “There are guys who will not do a movie for three years, won’t talk to anybody, hate the fans and won’t sign your kid’s thing, and [reporters] just love ’em anyway.

“Then there’s a guy like me, who might say a few too many things, but I’m trying, I will sign your kid’s thing, and I’ll tell you what I think about that chick, or any chick. The fans are the people who allow my kids to go to school and help me pay for the house. [The press] lets the fans know what’s going on. If we’re going to be honest and forthcoming, [the writers] owe us not to twist what we say just because I said something bad about cats and you happen to like cats. It’s that simple.”