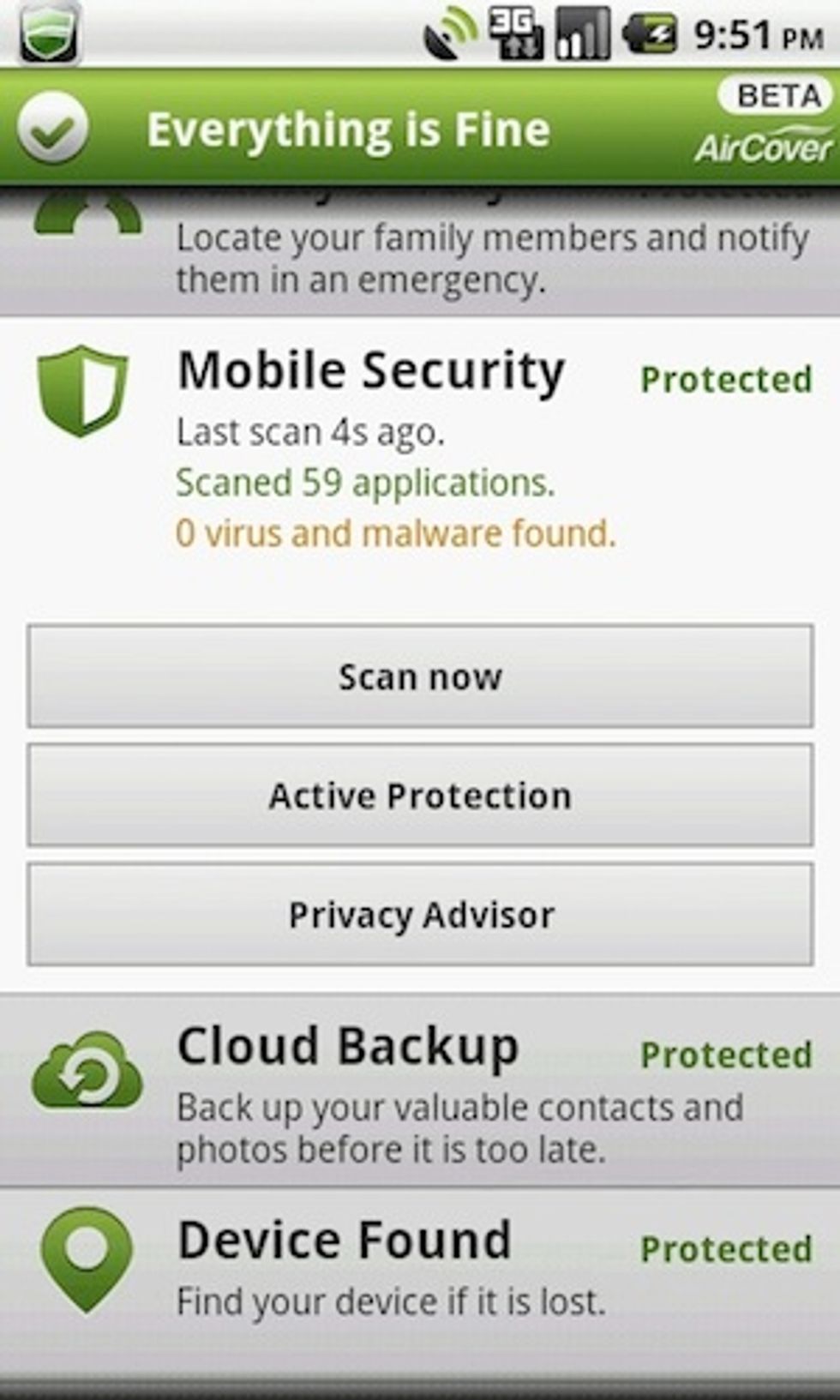 Jason Johnson's BlueSprig is emerging from six months in stealth mode with the first of a series of a new lightweight apps for Android and iOS phones called AirCover.

The idea behind AirCover is to bundle in one app a lot of key security, privacy and efficiency functions “that we think should ideally have come with the phone,” says Johnson, a partner at the Founders Den.
“We realized that people are getting app fatigue or app exhaustion out there, and decided to do something about it,” he adds.

AirCover, accordingly, provides a sort of central toolkit to address a variety of security concerns on mobile devices, as well as cloud-based backup systems and an overall operating system optimization, which is meant to help you preserve your phone’s battery life, free the device up from running too many processes in the background, and so on.

The app is the first product to come to market from BlueSprig, an IDG-Accel Ventures-backed startup whose entire development team, including the CTO, works in Chengdu, China.

“This kind of arrangement could be a growing trend," says Johnson. "As you know, people are finding it increasingly hard to find software developers or tech co-founders in San Francisco and the valley.”

One of the initiatives IDG-Accel’s China Growth Fund has undertaken is to match U.S. startups like BlueSprig up with talented technology teams in China.

Johnson notes that he and his Chinese counterparts are able to work in a “literal 24-hour fashion,” in that the end of his work day here is the beginning of his team’s day over there.

The AirCover app addresses the growing threats from malware and phishing and other security breaches in the mobile space, as well as personal security features such as a map that allows you to locate any device(s), and/or send them a message to emit a finder beacon; or if a device has fallen into hostile territory, wipe its slate clean.

There also is a layer of family security allowing a one-click “I’m okay” message between family members in the case of an emergency situation such as after an earthquake.

The cloud-based backup feature lets you store up to two GB of personal files and photos (if needed you can buy more storage.)

The system optimization piece of the app is especially critical for android devices, which tend to have a number of unnecessary processes running in the background that sap both bandwidth and battery life.

All of the features that come with the app at launch are free and Johnson projects that the free version will be adequate for the needs of 90 percent of the market.

The company plans a deeper, stronger set of more robust features in the form of an upgrade that can be purchased by power users, as is also the case with many existing apps and services like Dropbox already on the market.

The beta version of AirCover for android is available today, and the iOS version will be available soon.