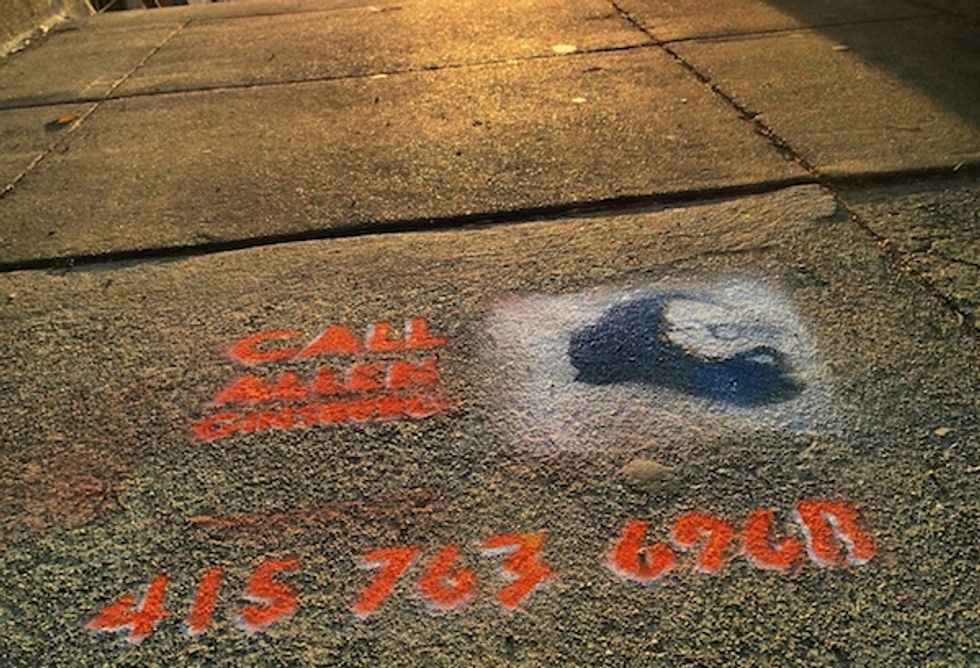 If someone handed you Allen Ginsberg's number and told you to give him a call, you'd probably think they were nuts—after all, the legendary Beat poet died in 1997. But while you may not be able to call Ginsberg to chat about the new season of Game of Thrones, you can now call a number and hear one of his greatest poems, thanks to a new project, Call Allen.

It's the brainchild of Zachary McCune and Evan Burton, coworkers at an advertising firm who bonded over their love of poetry on a road trip. "We joked that poetry was in such decline, it needed marketing. Just to remind people that poetry was there," says McCune. "Because that’s really the thing: poems are what echo when everything else fails. If anything, we remember poetry at moments of sadness or tragedy. But poetry is always there, just below the surface. Like a whisper you can choose to listen to."

To better broadcast that "whisper," the duo hit upon using Twilio, a service for managing phone calls and text messages that's generally used by massive call centers. McCune set the service up in an hour; callers are greeted by a recording of Burton, himself a poet, reading Ginsberg's work. "We wanted to do a phone call, and not a website or app, for a few reasons," says McCune. "Phone calls are intimate. Listening, rather than tapping or clicking, is just so evocative...With a phone call, we free your eyes to wander, to seek and imagine."

Burton and McCune decided to promote the National Poetry Month-inspired project by creating a stencil of Ginsberg with "Call Allen" and the number. They spent a Saturday morning chalking it outside 10 locations around the city, including City Lights Books and a few public library branches. So far, the project has been a success, with over 250 calls to the number, and 30% of callers listening to the poem at least twice through. (One person listened for 123 minutes, which is about 51 readings of the poem. "We hope they're OK," says McCune.)

Though we won't spoil which Ginsberg poem the duo chose (click here if you want to see), it's intimately related to life in San Francisco, which is by design. "It has all of the wonder, humanity, and yearning that has made Ginsberg such an icon," says McCune. "It’s set in the Bay. Though he published it alongside Howl in 1955, it’s much shorter and approachable for all ages. Evan and I decided it was the ideal Ginsberg gateway drug."

While Call Allen will remain a one-poem operation for now, McCune and Burton are already thinking about a new Bay Area-related poem to add to the line (they say they're open to suggestions from listeners). But in the meantime, anyone seeking a dose of inspiration can dial (415) 763-6968. Allen will always answer.