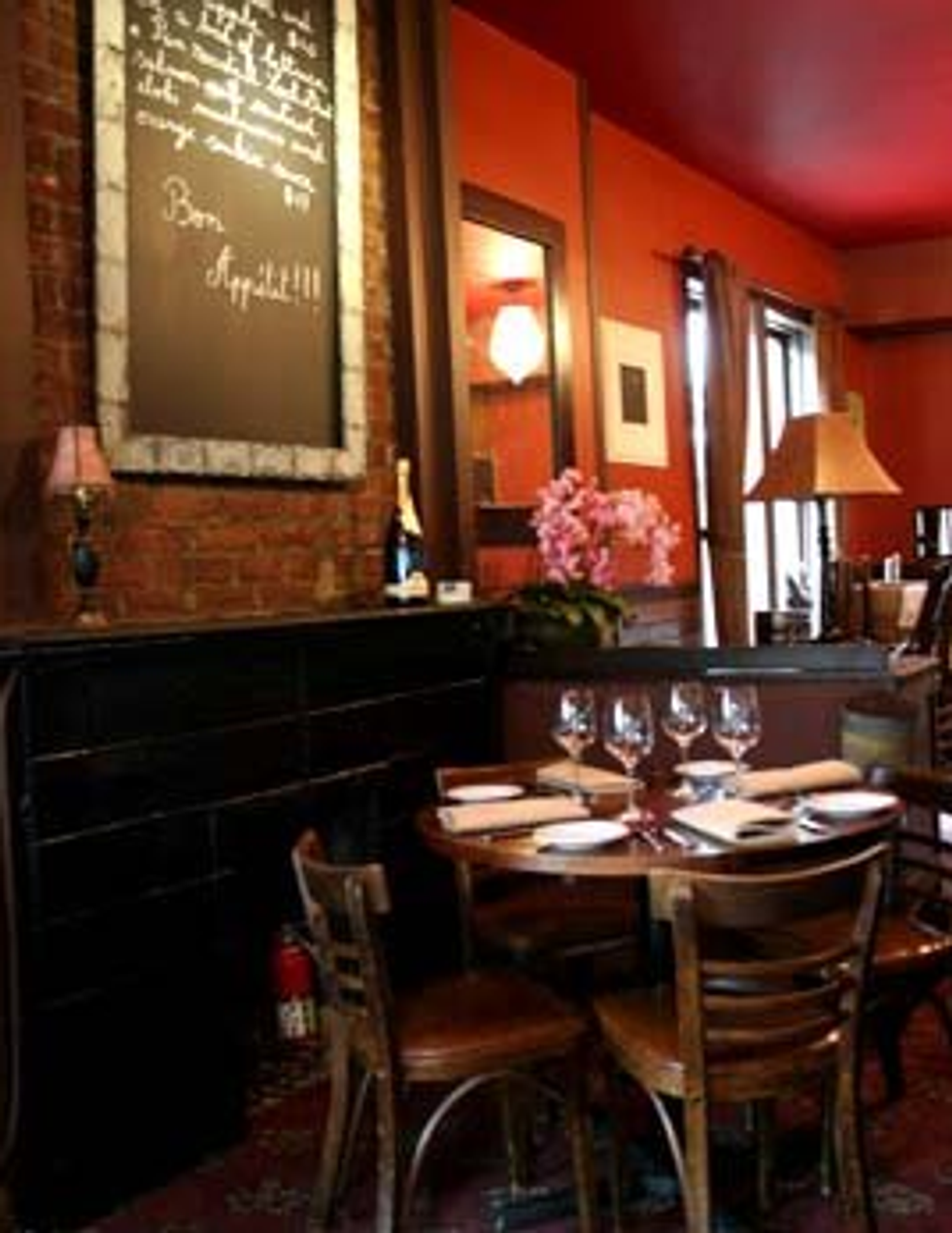 I've lived in the city since 1993 and since 1996, all of my editor jobs have required me to keep track of the restaurant scene. Generally, I have a smug sense of myself as someone that knows this scene pretty well.

Until I'm proven wrong. Which is pretty often for someone so smug.

Take the other night.

My husband and I recently moved to the cusp of Castro and Noe which has caused us to have to shed our usuals. Ten years in Bernal Heights made for usuals such as La Taqueria for tacos, Blue Plate for neighborhood restaurant needs, Argus for drinking and Emmy's Spaghetti Shack for kids' night out.

Our new neighborhood has turned us onto Anchor Oyster Bar for oysters and chowder, Kasa for quick Indian, Marcello's for pizza and most recently L'Ardoise for a date night out.

My husband is the one who suggested that we should go to L'Ardoise sometime. I smugly figured it must be a just-fine restaurant—after all, I'd never heard of it and it's been open for over three years. Nevertheless, we made reservations, and walked down to have dinner. The very traditional bistro is located right in the center of the quaint, tree-lined stretch of Noe Street in the heart of the Duboce Triangle. When we arrived I was shocked to see not only how sweet of a spot L'Ardoise is, but how packed it was. And I mean, like Delfina packed, with reservationless people being turned away at the door, morosely walking back to their car, discussing Plan B.

Once we stepped inside to sit at the bar, the mood was gay. Gay as in the old-timey use of the word, not so much the fact that it's set on the brink of the Castro. In the chalkboard-perfect space, the crowd was completely mixed: both old and young, straight and not, hip and wearing Mephistos.

From our perch at the bar, we could see through the kitchen window that there were only three people cooking, including the owner chef Thierry Clement—the kind of guy you kind of assume is always there cooking. Clement, who has cooked at Fringale and the former Frisson, and his mini crew were cranking out the orders.

We ordered a butter lettuce salad with white anchovies and duck foie gras terrine with a bit of marmalade, followed by a perfectly cooked plate of steak frites which we paired with a bottle of Domaine Tempier red. Honestly, we could have been in France. But luckily, we were in San Francisco, feeling like we'd just discovered something great.