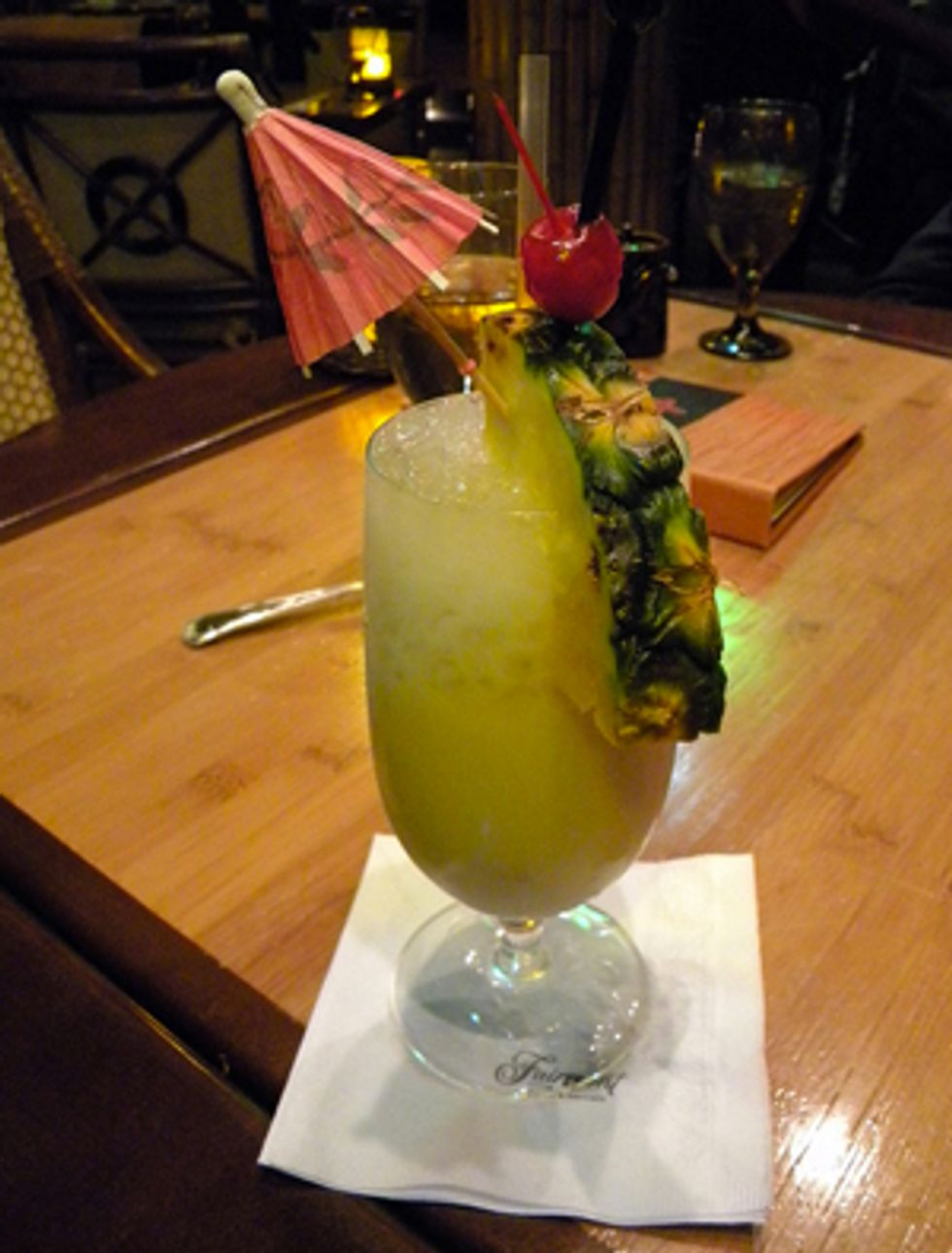 Do You Like Piña Coladas? SF Bartenders Say Yes

There's no Coco Lopez cream of coconut in the classic piña colada at Charles Phan's new Wo Hing General Store. Bar manager Brooke Arthur uses handmade coconut cream instead, giving the drink an unexpected lightness and sophistication—this is not your grandma's all-inclusive cruise ship piña colada. The cream is made in Charles Phan's commissary kitchen. "It has a milky texture and taste that adds a lot to the cocktail," says Arthur. Compared to the intravenous sugar hit that is Coco Lopez, it's a revelation. What else goes into a pina colada befitting Phan's food? You'll be able to taste it for yourself when the restaurant opens this Friday, but here's a preview.

Arthur shakes in unaged Barbancourt rum, freshly pressed pineapple juice, pineapple gum and lime juice. To be honest, I never expected to see a piña colada on one of the hottest new bar menus in town. But the flavor here isn't syrupy sweet, or cloying and—thanks to the high acid content in pressed pineaple juice and lime—the drink goes great with spicy Asian food.

Much to my surprise, the classed up piña colada isn't a Wo Hing anomaly either. Over at Churchill, co-owner Anthony Healy-London makes a piña colada version with homemade coconut cream too. He slow-cooks toasted coconut pieces to create a rich-tasting mixer, then shakes it with aged rum, lime, and pineapple. The finished drink is garnished with candied coconut shreds and a paper umbrella. "Some people have told me it's the best piña colada they've ever tasted," he says.

Of course, Martin Cate also makes a stellar rendition at Smuggler's Cove, where only the most fitting top shelf rum and all-natural ingredients are used. Like the nicely sourced drinks at Churchill and Wo Hing, it doesn't take make your blood-sugar levels skyrocket, but the tropical flavors are a definite trip.

Are there more modern piña coladas we need to know about? Tell us, and the world, in the comments.